The End of an Era


It’s the end of an era. Sound ominous for a blog that reports on the Merchant Cash Advance (MCA) industry? It shouldn’t. In the last 10 years, MCA firms played in the minor leagues. No one was really paying attention to them and truthfully, a lot of critics didn’t think this business model would still be around. But today it still stands, funders are still funding, and this blog is practically struggling to keep up with the incredible amount of action that is taking place. Coincidentally, 2012 marks the end of the Mayan Calendar. Yes, it’s the end of an era.

MCA Goes From 0 to 60
There were a few big firms in the Mid-2000s (RapidAdvance, Merchant Cash and Capital, Strategic Funding Source, AdvanceMe, etc.) and they’ve all experienced modest success. It was “modest” in the sense that it is nothing compared to today’s standards. The level of play is changing. Wining and dining an Independent Sales Office (ISO) that could bring in $300,000 a month in deal flow used to be all the rage. 300k for one company was 300k less for a competitor. An extra point of commission here or a freebie approval there was enough to make you the big dog in town, at least for awhile. Despite all the supposed innovation and growth, the talent pool remained the same. Lead generators became agents, agents became ISOs, ISOs became syndication partners, syndication partners became funders, and funders became technology companies that were basically clearing houses for groups of funders. If the industry was Sally, Joe, and Tom in 2005, it was still Sally, Joe, and Tom in early 2011, just with new company names or titles. Then everything changed…

These barely scratch the surface of industry events. What used to be a competition to score the local neighborhood ISO has morphed into a race to be the first to partner up with Facebook, twitter, Groupon, and Square. Anyone not moving full speed ahead to integrate technology and social media will be gone in the next 24 months.

May 18, 2012 was the first time we noticed and commented on what was happening. In How The Facebook IPO Affects the Merchant Cash Advance Industry, venture capitalists and Silicon Valley had finally found MCA and there’s no hiding from them. Now it seems all of our far-fetched predictions are not only coming true, they’re happening moments after we predict them. In our last article we instructed everyone to keep their eyes on Kabbage. Six days later they announced they had raised $30 million in new financing and would be expanding overseas. For a company that makes wild claims about the correlation of facebook fans with account performance, all while humorously being named after a boring vegetable, they sure seem perfectly able to threaten the status quo. Nobody dared touch Ebay or Amazon businesses until they came around.

Price
On the cost basis front, the middle ground is eroding even further. We first discussed this phenomenon on April 25, 2011 in The Fork in the Merchant Cash Advance Road. In it, we explained that the combination of competition and defaults were placing downward pressure and upward pressure on price at the same time. Today, there is surging demand for “starter deals” at 1.49 factors that are payable over 3 months at the same time that more and more new lenders are offering 1 year loans at 10%. The low rate, 12-18 month term deals are nothing new. A few funders tried them in the past and most suffered irrecoverable consequences. This is history that the new players didn’t witness.

Some outsiders view the MCA industry as a bunch of Wall Street guys that got fat, happy, and disincentivized to lower costs. On the contrary, one only needs to take a single look at this chart to realize that undercutting the entire market isn’t so genius after all. How can a funder survive with extremely low margins when 15% – 71% of their target market is likely to experience problems repaying their loans? These aren’t our stats, these are FICO’s:

Veteran industry insiders know this and acknowledge that the coming tide of low rate financing is a bubble that has burst before. On the DailyFunder, a few folks have offered this insight:

The mca/unsecured loan biz is very risky. It’s all fun and games till deals start going south. My guess is they either adjust rates to match defaults or go out of business. I know first hand that this is not a get rich quick business. It may look like it is from the outside but once you are inside you see the world differently pretty quickly.

Governance
On the other side of the cost war is potential federal regulation. At least one D.C. consulting firm is prodding the leaders of the MCA industry to take a proactive approach on self-governance. According to Magnolia Strategic Partners, MCA is on the radar of regulators and members of congress, especially in light of the Dodd-Frank Wall Street Reform and Consumer Protection Act. The new MCA playing field has invited media attention, and not all of it is positive.

The North American Merchant Advance Association is the only organization for industry cooperation but their ability to dictate policies and standards is weak. They receive very little press and their website has been down for weeks. Many argue that they have been effective in minimizing defaults by sharing data on fraudsters. While this does stand to serve the community, it is but a footnote in their orignal intended purpose.

New Barriers to Entry
For the first time ever, potential resellers are facing barriers to entry. Becoming an ISO has long been as simple as owning a phone and purchasing a list of businesses that have used MCA financing before. Today, it’s not that easy. These lists have been sold literally hundreds of times over and called tens of thousands of times over. Pay-Per-Click marketing is dominated by the million and billion dollar firms with money to burn. If John Doe ISO wants to advertise on Google, he better be prepared to compete with the likes of American Express and Wells Fargo. Good luck! Putting skin in the game has also become more of a prerequisite for ISOs to succeed. Funders want to know if a sales agent would put his or her own money into a deal… and then actually commit them to doing just that. The odds are becoming stacked against the undercapitalized and it isn’t likely to change.

In 2009, the most prevalent pitch used by sales agents was to inform prospects that they themselves were “a direct lender” and that anyone else the prospect might be talking to was a broker. “Cut out the middleman and go direct with us,” they’d convincingly argue. This line became less effective when prospects heard this from all five agents they spoke to. Name dropping strategic partnerships will be the new way to build credibility. “We’re partnered with Facebook, twitter, Groupon, and Square,” a sales agent will soon be saying. “Can our competitors make the same claims? Go with us.” 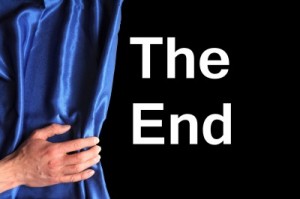 See You On the Other Side
2013 will kick off a single elimination tournament. Funders that didn’t realize 2012 was the end of an era will begin to fade. 2014 will eliminate the weaker firms that remain and by 2015, Merchant Cash Advance will no longer be a term that anyone uses. Big banks and billion dollar technology companies will go on to rebrand all that which the funding warriors of the last decade have worked so hard to establish. MCA will simply assimilate into other financial products. The metaphorical Sally, Joe, and Tom will probably still be in the business, but be working for companies like Capital One, Wells Fargo, and American Express. And as for us…well… we’re going to need something else to talk about. But we’ll keep you posted until that day. 🙂