How The Facebook IPO Affects the Merchant Cash Advance Industry 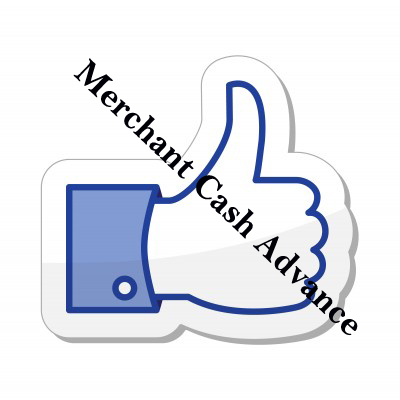 Facebook went live on the Nasdaq earlier today, causing many people to become instant millionaires or billionaires. Yea…soo… how is this in any way relevant to Merchant Cash Advance (MCA)? you might ask. Well, because MCA is the next BIG thing. One of the major winners of the Facebook IPO is Accel Partners, a venture capital (VC) firm that invested $12.7 million in Mark Zuckerberg’s college networking website in 2005. Today, they’re cashing in on billions from that bet. Since then, Accel has repeatedly struck gold by backing wildly successful businesses such as Groupon and Etsy. Many hungry and jealous VCs are looking to jump into any industry Accel likes, to either compete for marketshare or to piggyback on the success.

On February 7, 2012 Accel Partners invested $30 million into Capital Access Network (CAN), the holding company of AdvanceMe and NewLogic Business loans. There was some buzz about it in February, but it faded fast. It seems like every day there is a new press release from some MCA firm bragging about how they secured a mult-million dollar credit line. So it’s no surprise that industry insiders didn’t immediately poo themselves in hysterical awe of this announcement.

CAN is also on pace to fund $600 million this year, an astounding figure that makes $30 million sound like a mere drop in the bucket. It’s as if Accel gave them a Starter Advance. 😉

On a more serious note, the rest of the VC and Growth Capital world waited about 3 seconds before pouncing on all things MCA. The frequency in which we’re receiving random calls and e-mails from “investors” about putting money into MCA providers has increased dramatically. A few other funders and large ISOs have shared that they are experiencing the same thing. Right now there is a great chance that there are back room negotiations going on all over the industry between funders that already have millions and investors that have billions.

Raising capital has never been a real problem in the industry, as the Wall Street establishment has been funneling millions into the New York, California, and Florida MCA powerhouse providers for years. Do we really need Silicon Valley to jump into bed with us? Maybe. Although MCA has been around since the late 1990s, there’s been this lingering acknowledgment that most of the small business market that could benefit from financing still doesn’t know that MCA exists. Way too many business owners respond to an explanation of the MCA program with shock, “Wow, I never knew you could do something like that.” That’s a problem and it’s real.

Sean Murray, the founder of Merchant Processing Resource, recently did a presentation through the Manhattan Chamber of Commerce last month to 30 small business owners about MCA financing. The first question asked by one of the attendees after it was over was, “did you come up with this whole concept yourself?” He certainly did not, and it epitomizes that there is still room for exponential growth in a billion dollar industry that is more than a decade old.

Naysayers predicted that the MCA concept would fail years ago, and yet it has grown, mutated, and evolved. Some folks got into this business in their early twenties right out of college, and have literally made a career out of it. It’s quite a picture to see that they’ve grown up, gotten married, and had a few kids only to learn that Silicon Valley is picturing this entire industry as something still in startup phase. But hey, it took Pinterest years before anyone really noticed it.

In 2012, you can apparently still get in early on MCA. If you have stock in an ISO or funding provider, don’t be quick to sell it. It could be worth millions or billions in the future.

At some point in 2014, the Winklevoss twins will probably claim they invented Merchant Cash Advance, a challenge they will lose badly. Not even CAN, the company that did invent it, was able to prove in court that they did. But they did manage to continue their dominance of the industry and they are the ones that caught Accel Partners’ fancy. But the rest of the MCA players aren’t exactly going to wither away and die like MySpace. So the battle is on and there is money to be made.

Target valuation: $100 Billion. Who’s going to get there first?

Read how Merchant Cash Advance could be molded to be more like Silicon Valley: Just Call it a Coupon!