The Fork in the Merchant Cash Advance Road


Originally Posted on April 25, 2011 at 10:48 PM
The Merchant Cash Advance (MCA) industry is growing, albeit slower than some may have you believe. But it’s moving in two opposing directions, a condition that’s making it tougher to describe the financial product itself in general terms. MCAs are becoming more expensive and a lot cheaper at the same time. HUH? You read that right.

Originally aimed at business owners with poor credit, the risk of default or delinquency was overcome by withholding a percentage of sales revenue directly. As the credit crisis and Great Recession took hold, it attracted businesses of all credit backgrounds and today it’s widely accepted as a lending alternative, rather than a solution to poor credit. 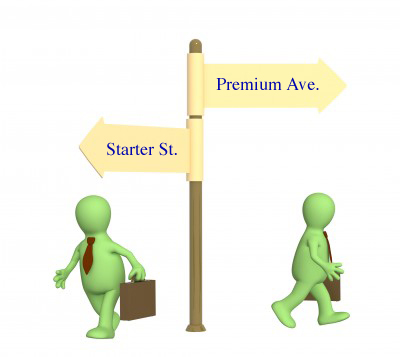 As MCAs pushed forward to compete for customers normally accustomed to bank credit lines, the cost was stiffly resisted. These businesses had a tough time envisioning their financing terms to be anything outside of some percentage over the Prime Rate. Since a MCA is supposed to be structured as a sale, there is no APR equivalent, no timeframe, no amortization, nor any real familiarities of a loan. As the past couple years have passed, the product is more publicly understood, but for it to actually catch on, the costs had to come down. Many funding providers now refer to such high credit, low cost accounts as premium, platinum, preferred, gold, etc.

While the margins earned on high credit accounts shrank, funding providers were dealing with another challenge simultaneously, defaults. Whether the business owner intentionally interfered with their credit card processing or the store went out of business altogether, bad debt in the MCA world was mounting…FAST!

No matter which company ran the figures or how secret these portfolio statistics were, every funding provider came to the same realization. The lower the credit score of the business owner, the greater the chance of a problem. Why this came as any surprise, is a surprise in that of itself. The Fair Isaac Corporation (FICO) will have you know that any individual with a score below 499 has an 87 percent chance of being delinquent on a credit payment within the next 2 years. Delinquent, is defined as a payment of 90 days or more past due.

But wait… if a MCA is not a loan, nor does it depend on the business owner to make payments, then how can there be a risk of delinquency? Intentional manipulation of the revenue flow back to the funding provider can be relatively easy to do. A business owner could use spare POS equipment to accept card payments for which the funding provider is not aware of and therefore prevent the collection of funds. That’s a method known as splitting, and serious consequences can result when discovered. (Read more on what happens in the case of default or deliquency on a MCA in a previous article)

But outside the scope of malice, there’s the traditional reason, the inability to make payments. If the suppliers and wholesales aren’t being paid, then the business isn’t going to have inventory on hand to sell. If the rent isn’t being paid, then there’s not going to be any location to generate these sales. Essentially, the funding provider has a mutual interest in the business being able to satisfy ALL of their obligations, not just the MCA itself.

If there is an 87% chance that suppliers, landlords, or other essential creditors will not be paid on time in the next 2 years, then there’s an excellent probability that the business will be unable to operate at the same level. With no collateral as protection, the MCA industry has adapted to the challenge by raising the cost. Business owners with poor credit can expect funds to be expensive and the terms to be more restrictive. Lower funding amounts, higher withholding percentages, and the sacrifice of any negotiation is the price the MCA industry has set to make funding to the maximum risk group possible. These programs, which are now often referred to as starter advances, don’t work for everyone so the pros and cons should be weighed prior to executing a contract.

Both the premium advances and starter advances have experienced extraordinary growth to the point where they have become niches of their own. There are now starter advance companies and premium advance companies. Funding providers like Strategic Funding Source have taken the product a step further and reportedly did a MCA for an exhibit at the Tropicana Hotel in Las Vegas for $4 Million. Contrast that with deals that are struck for as little as $750. And we can’t fail to mention that some have taken it back to the basics, a loan. ForwardLine in Woodland Hills, CA lends money to businesses which are then repaid in accordance with a predetermined, fixed pace through the card sales. They have reintroduced concepts like APR back to the finance world.

If we continue at the current pace, MCAs will become less expensive, more costly, a lot bigger, and markedly smaller. We’ve come to the fork in the road for what the Merchant Cash Advance industry seeks to brand itself as. Loan alternative? First choice? Backup plan? Is it for smaller businesses or larger ones? Should it go the way of lending or continue to remain a structured purchase of future card sales? Is industry cohesion really necessary or will increased decentralization lead to greater acceptance of this financial product a whole? Will there come a time when America’s big banks swallow the industry up, buy out the existing portfolios, and add this product to their financing arsenals?

These are tough questions. Merchant Cash Advance is evolving, growing, and no longer moving in one direction. While we contemplate our next step, one thing is for certain, there’s no turning back.