8 Advances Are Better Than 1


Things just got interesting. Your merchant processing $20,000 a month got approved for $26,000 and it was hard fought. Bad credit and some other issues would normally have forced this deal to go the starter route, but not this time. This time you can reflect back on the past few weeks of sweet talking the underwriter and know that it’s starting to pay off. Maybe it was the fact that you obnoxiously concluded every e-mail to him or her with a <3 or 🙂 just to make them feel extra special even if it was in response to a deal of yours they moronically declined.

And now this time you’re chalking up a tally on the closer board for a deal that shouldn’t have gotten done…that is until your client claims to have received a contract for $50,000 from another source. “There’s no way that can be true,” you tell them while rolling your eyes in frustration. This always happens at the finish line. Someone comes in and shouts out wild figures just to steal their attention away for a minute. But what if there really was a company offering 250% of processing volume to merchants who teeter on the subprime/starter threshold?

Sure there are ACH funders out there who will step in and say “based on their gross sales we might be able to give this merchant 500% of their processing volume!” and the like, but very few people are doing this from a split processing perspective.

We’ve been speaking with Heather Francis at Merchant Cash Group (MCG) and they plan to formally announce the details of their Fast Funding Equity program in the next couple of weeks. Without going into all qualifying parameters merchants must meet to be eligible, we’ve learned that these advances will be disbursed in 8 fixed monthly installments rather than the entire lump sum upfront. And that’s the catch. Under this program the merchant might be contracted for $50,000 but only receive a deposit for $6,000 today. However, there would be no future “renewal agreements” to negotiate or sign. Additional funds would be sprinkled into the merchant’s bank account on a near constant basis of every 6 weeks.

MCG might not win the deal every time with this program but they’re going to give a lot of account reps a run for their money. We all know the pitch of verbally promising additional funds in 3-6 months from the date of the initial advance, which is based mainly on hope that the account will perform and that the funder won’t play games. Put that up against 7 renewals in writing and it’s fair to say we’ve got a good match on our hands. There are some other special incentives for MCG account reps on the Fast Funding Equity program that are being leaked on the DailyFunder Forum. 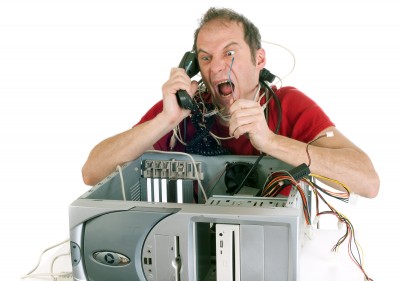 Today was G-Day in the Merchant Cash Advance arena. GoDaddy.com’s servers were taken down singlehandedly by a jerk (let’s be real here) in the hacker group known as Anonymous. But this time we couldn’t all point and laugh like when it happened to Sony, Yahoo, or LinkedIn. No, this time thousands of MCA agents, underwriters, and staffers wondered why they stopped receiving e-mails after 2pm EST. This time Internet leads stopped coming in, internal databases stopped responding, and websites stopped loading. This time we learned that almost everyone uses GoDaddy for something no matter how much they brag about their systems and technology.

We didn’t take a poll of which companies were affected (we couldn’t because our e-mail was down!), but we did participate in the mass hysteria with several other people that were affected. As this very website went down around 2pm today, we lost contact with our database and e-mail servers. One ISO reported that their website, e-mail, and even their VOIP phones were down (You can have GoDaddy phones?). Another reported that their system was so connected to their GoDaddy servers that they couldn’t even print, scan, or fax! If you’re not a fan of Mondays, today was certainly a good day to make up an excuse to leave early. With systems crashing nationwide, chances are your stapler may not have been stapling right and your boss would have had no choice but to send you home.

Strangely, we have run into the hacker group Anonymous before. Back when they hacked Sony in 2011, they sent a 5 page blistering explanation of why they did it to the U.S. Federal Government. They included a link to our site on page 4 to an area that is now deprecated. That area outlined the basics of PCI compliance. For a week, our analytics showed that most of our web traffic originated from the Department of Homeland Security, Department of Justice, and the FBI. Boy, that was fun. Read that report and see our citation below:

“How’s your month going?” we asked. “Pretty slow, but that’s because it’s August,” said a lot of companies we spoke to. August is typically a slow month in the world of MCA. Account reps go on vacation, small business owners hit the beach, and America subconsciously puts everything on the back burner until after Labor Day. That was quite the opposite for 2 New York based MCA firms, United Capital Source and YellowStone Capital, both of whom reportedly broke single month funding records.

According to YellowStone Capital’s posts on LinkedIn, they funded $11,125,000 in August alone. With that, they gave a special thanks to RapidAdvance, GBR Funding, The Business Backer, Max Advance, On Deck Capital, Promac and Snap Advances.

Add This To Your Data Points!

Companies that actively work to gain Facebook fans and Twitter followers are 20% less likely to be delinquent on their Merchant Cash Advance. Seriously. Kabbage, a company we mention in blurbs every so often operates independently from the rest of the industry by targeting e-bay sellers, independent Amazon stores, and social media retailers. Some people feel that they are not a serious challenger to the status quo and that their tactics, methods, and headlines are merely shock value fodder for the rest of us to laugh at while we all rant and rave about ACH deals being the hottest thing since Square. The founder of twitter (Jack Dorsey) started Square and it has completely disrupted the payments market that quite frankly was used to disruptions until Dorsey turned everything upside down. We believe Kabbage is a company everyone should keep an eye on.

On another note, our favorite part of Kabbage’s recent press release is actually the level of interest banks are expressing in their business model.

While the firm said it is open to establishing alliances with credit unions, banks have expressed more interest in seeing how they can leverage the technology platform to serve its customers.
-Kabbage

Fresh off our rant about John Tozzi’s recent article in BusinessWeek that concluded Wells Fargo was essentially evil for being involved with MCA companies, we’ve become suddenly self-conscious of what journalists might think. Little do they know that America’s big banks have been joined at the hip with the MCA industry for a while now. Banks are still lending to small businesses, we’re just all doing it on their behalves. TRUTH!