Why You Need FundersCloud – An Independent Review

You get up in the morning, take a shower, brush your teeth, and hop on to your computer. 73 new e-mails are waiting in your inbox. Ugh! Some of them are saying “Hey buddy, I got this deal that I think you might want to co-fund. Give me a call later and I’ll try to give you a breakdown.” Half of the time when you call these guys back, they’re busy, have already found a participant, or the deal is way too risky for you to be interested in. Fortunately, you don’t really have to deal with this hassle ever since you joined FundersCloud. You close Outlook, log in to the Cloud and check out the menu of fresh deals that have been posted to the site. You read them aloud to yourself as you scroll down the list. “15k in monthly credit card sales, 40k gross, 720 credit, in business 3 years, ooo.. and it’s a restaurant! $10,000 advance for $13,700… I like… I like… oh and $7,000 has already been raised.” You click ‘Bid’, type in $3,000, and click ‘Bid’ again to finalize. That’s it. You’re done. Once the agent closes the deal, your $3,000 is automatically withdrawn, along with the amounts from the other participants to fund the merchant the $10,000. Satisfied, you walk into the kitchen to make toast…

And that’s what FundersCloud has done. Whether you are an independent agent, an ISO, or a funder, deal syndication is now as easy as:

FundersCloud is not the competition. They’re the turbo boost button to the marketplace that already exists. This Cloud doesn’t threaten or replace your existing cloud, system, database, or CRM but rather complements it, integrates with it, and adds even more value to what you already have. 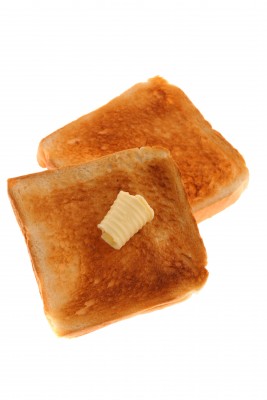 FundersCloud makes funding quicker, smarter, more efficient, and incredibly transparent. This isn’t a paid advertisement. In fact we spent a few weeks on the phone with the FundersCloud team to come up with our own independent assessment. “How does this work? Who reviews this data? How can people trust you?” and so on… We’re actually thankful their team is still accepting our phone calls after our barrage of questioning and requests for details.

The reason we believe FundersCloud is the future of syndication is because it allows people to continue syndicating with funders and people they already trust.

Allow us to explain using a fictional example:
Funder 123 encourages friends, agents, and funders to participate in funding certain deals. ISO ABC likes to syndicate some of those deals but not all of them. So the owners of ISO ABC wait and hope that Funder 123 will call them sometimes with a deal that they like. Sometimes they hate the deal. Sometimes they like it. Other times, they play so much phone tag that they miss out on the opportunity. The process takes phone calls, emails, and time, time, time. Not to mention that Funder 123 may make several of these calls to other people to join in on the participation as well.

In a perfect world, ISO ABC would automatically be notified that Funder 123 has approved a deal and is seeking participants. The key factors like credit score, processing volume, batch frequency, gross sales, and other pertinent information would be immediately available. The ISO could then click a button if they wanted to participate and the rest of the process would all be automated. This perfect world exists because this is the FundersCloud model.

Ohhh yea! And it gets better
An agent is tired of submitting his/her deals to 5 funders at once, hoping that one of them will approve it. The funders are tired of the agent doing that too. Because the agent is forced to maximize the odds of approval, there is really no alternative solution than to continue operating this way. FundersCloud resolves the mess.

Hypothetical Agent DEF uploads their deal to the Cloud and selects one company from the vast array of Deal Controllers to verify and underwrite the file. Deal Controllers are typically existing funding providers, companies that have the ability to pay commissions, collect funds back from the merchants, and track the activity. Perhaps Agent DEF’s deal does not accept credit cards but does more than $10,000 a month in gross revenue, something that a lot of companies like to look at now. So Agent DEF selects a funder as the Deal Controller in the Cloud. The underwriters at that funder are then able to access the deal through the Cloud and underwrite it. If the file meets their standards, they Verify it. The funder can then choose to fund 100% of the deal themselves or pledge to fund anywhere from 1% to 99% of it and put the remaining percentage of the approved funding terms up for auction on the Cloud.

The key details of the deal are then immediately posted and viewable to all members of the Cloud. Thousands of people will now see that a funder has verified this deal and is willing to fund part of it. If you trust that funder’s judgment, have participated with them before, or just love funding anything you can get your hands on, you can opt to participate in the deal with them. You’re not flying blind because the credit score, processing volume, gross sales volume, time in business, type of business, and batch count are all there for you to see. Cloud members can’t steal deals because any information that could be used to identify the merchant is not visible.

So why is this better? You’re only submitting your deal to one Deal Controller (funder) through the Cloud, which then allows thousands of agents, ISOs, and funders to participate if the Deal Controller chooses to fund none of it or less than 100% of it. With this kind of system, why the hell would any agent continue to send out their deal to multiple funders and then wait a week to hear back from all of them? The merchant’s credit would get hit 5 times, one of those funders might steal the deal for themselves, and at the end of the day, only 5 people are looking at it. Wouldn’t you rather let one funder Verify your deal and then give thousands of companies and agents the chance to fund it? Seriously…

If the Deal Controller is verifying the deal and can see the full file, what’s to stop them from stealing it?
A contract, a zero-tolerance policy, and a reminder that it’s up to you to choose your Deal Controller. If there are two choices in the Cloud to Verify your deal and one is XYZ Funder and the other is someone you know very well, you can pick the company you like. Many other people may trust XYZ Funder but if you don’t know who they are, then you need not select them. Besides, if a Deal Controller is caught stealing a deal from the agent through the Cloud, they will be banned. The industry is competitive and even though there are many safeguards already in place, FundersCloud will not tolerate anyone who tries to pervert the system.

Is this process difficult for the agents?
We must admit that when it was all first explained to us, some of the terms went over our head. That’s mainly due to the fact that for all the evolution within the Merchant Cash Advance industry, many things are still kind of old-fashioned. For all the systems, databases, and clouds floating around out there now, too much time is spent e-mailing, calling, and meeting up for lunch to discuss the details that we must then go back and enter into these systems, databases, and clouds. Once you sit down and play around in FundersCloud for yourself, you’ll kick yourself for not developing this on your own or curse the Merchant Cash Advance gods for not having introduced this into your life years ago. This process is just as easy for the agent as it is for the other roles.

The deal’s performance is then made available to the involved parties through the Cloud in real time. And since the Deal Controller is obligated to manage the deal on the Agent’s behalf, the Agent retains full control of the deal on renewals. Similarly, participants are given the option to join in on renewals or new participants can be brought in altogether. Many things can happen, but all of them lead to more funding, faster funding, and a system that’s more transparent for all the parties involved.

Your own internal cloud, system, database, or CRM is probably doing wonders for data management within your company. So why resist technology in other areas? FundersCloud isn’t a concept, it’s live. Deals are already being posted, funded, and tracked. Which means, even if you’re skeptical or have a thousand more questions, you need to sign up (it’s FREE) and see this for yourself. We’ve kept tabs on a lot of events in the Merchant Cash Advance industry, and this is one of those moments where we need to pause, join the Cloud, and make toast. Because the toughest part of getting a deal funded in the future, will be deciding if you want White, Rye, or Whole Wheat afterwards.

Note: This article was originally drafted in late April but was on hold while FundersCloud made some key upgrades. We apologize if we left out any of the new cool features.