Small Business Loans for Men? Not a Good Idea…


A man walks into a bank and says “I want to know what kind of programs, discounts, and benefits you offer for men owned businesses.” The bankers exchange glances with each other and reply together, “For men? Sure! We love men!” Sounds a little outrageous doesn’t it? Don’t worry, this doesn’t usually happen, at least not on the Internet. Using Google’s keyword traffic estimator, zero people search for “business loans for men” each month. And why would men search for that? Or rather, why is it that other gender has a tendency to seek gender specific support?

As of the date we used Google’s keyword traffic estimator, the data showed there are approximately 4,650 searches for “business loans for women” each month on average. It seems men want business loans but women want business loans with them in mind. Tweak the query just a little bit more and it reveals that 51,570 people are looking for “grants for women” each month, which equates to an astounding half million inquiries plus a year! So ladies, What makes you look for something so gender specific? 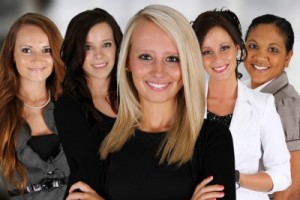 Perhaps it has something to do with the odds having been stacked against them historically. In 2007, only 30% of all privately-owned American firms were owned by women. While that’s not exactly light years away from equality, women owned businesses only accounted for 11% of all firm revenues and just 13% of all firm employment, meaning of course, that their businesses tended to be smaller. Maybe women choose to be smaller and less involved in ownership, or maybe and far more likely it’s because men had been rigging the game for such a long time.

Up until 1988, lenders could deny women credit if they did not have a male relative co-sign for them. The Women’s Ownership Business Act, symbolically named House Resolution 5050, sought to end the lingering discrimination against women. It also:

established the National Women’s Business Council, a public policy advisory body comprised of women business owners and women’s business association representatives. Its mission is to promote initiatives, policies and programs designed to support women’s business enterprises at all stages of development, and to serve as an independent source of advice and counsel to the President, Congress, and the U.S. Small Business Administration on economic issues of importance to women business owners. 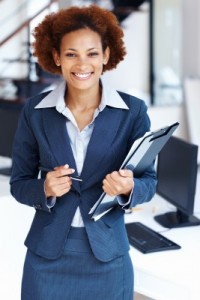 I used the word lingering because the 1974 Equal Opportunity Credit Act already made it illegal for lenders to discriminate against applicants on the basis of gender, and at the same time barred discrimination on the basis of race, color, religion, national origin, marital status, and age. Apparently, this wasn’t enough. This law went into effect 39 years ago and still after all this time and additional legislation, women and other disadvantaged groups still don’t have a level playing field. Change has not come easy.

Even if gender discrimination were to be totally eradicated (and we’re not saying it has or hasn’t been), many women still have their guard up. If they had to choose between a lender promoting loans and a lender promoting their desire to lend to women, the latter would probably offer a bit more comfort. They also seem to know that after years of discrimination that there are actual benefits to being a female entrepreneur these days and they want to take advantage of them. For example, the Women’s Small Business Accelerator of Central Ohio, a non-profit group, offers support specifically for women owned startups. Organizations like this are necessary because equality isn’t achieved just because a law says it’s so. At some point, the group that was disadvantaged needs a boost to capitalize on the equality they’ve finally been given. That’s good news for ladies in 2013 because there’s a lot of organizations out there that are willing to give them that boost.

At the same time, there are lenders that do not offer any incentive at all for women, but don’t discriminate against them either. These lenders tend to advertise in print and on the Internet that they have financing programs just for women and yet they offer no actual edge over male applicants. Instead, these lenders are simply acknowledging that some women are wary of bias, and are making it a point to communicate that women will be accepted equally. Equally is the key word there since if lenders actually deny male applicants in their pursuit to approve more female ones, they will be in violation of the Equal Opportunity Credit Act which protects gender as a class, not women. Tricky eh?

Lenders spend big bucks on marketing financing programs to women, so why don’t they use the same tactic to appeal to men? I mean, considering a Google search of “business loans for men” seems to turn up nothing of relevance, it looks like there’s a vast untapped market to corner. Perhaps men would start searching for programs marketed towards them if there were actual lenders speaking specifically to them. But that is a dangerous road, and one after years of inequality screams lawsuits. Even if lenders did not actually give preferential treatment to men, the appearance of a good ‘ol boys club would probably be enough to make people uncomfortable.

Would you publish an ad with the title, “Fast Business Loans for Whites”? Probably not, even if it was effective in attracting caucasian borrowers. But do a search for “Minority business loans” and you’ll find there’s a lot of programs openly targeting minorities. And just as I suspected, Google reveals that a significant amount of minorities are searching for financial help specifically for them, and not just financial help in general (There are about 570 searches a month for the exact phrase “minority business loans”). 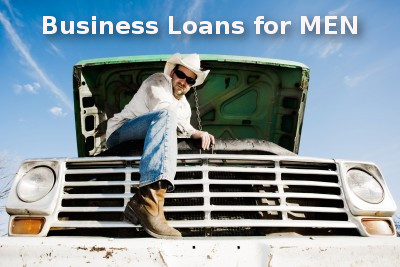 And so it looks as if financial companies have adjusted their target markets at least when it comes to messaging. Lenders that do not custom tailor messaging to specific groups such as women business owners can find themselves having a difficult time competing. Anyone can offer business loans, but if they’re not responding to the personalization that some applicants are seeking, they may be missing out on a lot of potential customers. Personalization should be incorporated into any advertising campaign anyway, so long as it doesn’t rub people it’s not targeting the wrong way.

A television commercial that uses pickup trucks, power tools, and Clint Eastwood would probably entice males to apply for a business loan if that’s what the ad was selling, but it’d be a good way to alienate women, especially given the history of inequality. With nearly a million queries made each year by women seeking either loans or grants, they’re not a market you want to turn off. Saying you’ll help women shows you get it, but saying you’ll help men shows you don’t. But at the end of the day, we’re all equal 🙂