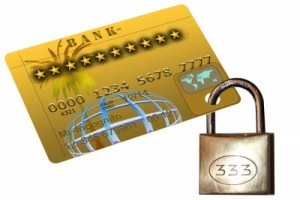 After years of debating over the law to cap debit card interchange fees and its eventual enactment, a federal court has struck it down. The 21 cent cap is gone but not because it was deemed unfair to banks but because the court thinks the cap should be even lower.

Story about it on CNN

I wrote about the law several times over the last couple years. In the beginning, it was unclear as to what a debit card fee cap really meant, as I myself even explained it incorrectly the first time or two. The majority of folks believed the cap applied to the end user, the merchant, which helped to encourage small businesses,journalists, and even consumers to rally around it.

But when the law actually went into place, not much really changed because it didn’t have much to do with small businesses at all. The debit card reform law capped the amount of interchange fees that an acquiring bank pays a card issuing bank. The merchant wasn’t even involved although the acquirer can pass their new savings on to the merchant, but they don’t have to.

Many acquirers did pass some of the savings on but merchants went and did the opposite of what they promised. Their call to have their swipe fees lowered initially was so that they could lower their retail prices and and pass the savings on to consumers. Consumers believed this logic and supported small businesses to get this law implemented. A study by the Electronic Payments Coalition however, found that 67% of small businesses kept their prices the same or raised them.

There was clearly a lot of misinformation around this law and now it’s been struck down.

The Winners and Losers of the Debit Card Fee Ruling
Last modified: April 20, 2019