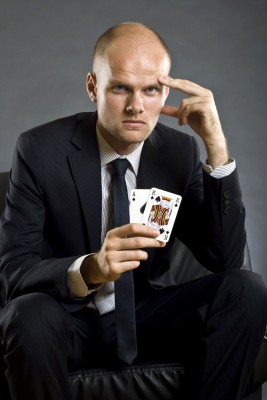 This is complemented by an additional 5 basis point variable charge that can be assessed to recover losses from fraud. Though nearly double the original proposal, card issuing banks still stand to lose billions in revenue. And as for the retailers? Well they’re not likely to experience any savings. It’s the law of unintended consequences, an outcome already proven by similar legislation in Australia. [Interchange Regulation and Reduction: Proof it Will Fail]

So billions may be lost but at 21 cents, it’s enough to turn a profit. That means we’re unlikely to witness the end of debit cards altogether, a scenario that reform opponents predicted (including us) would happen if a cap went into effect. But of course we can’t be sure. When the free markets are regulated with price controls, things start to get funky.

The original July 21st implementation deadline has been pushed back to October 1st to allow banks and acquirers to prepare for the change. It’s fair considering the actual regulations and rules are outlined in a lengthy 307 page snoozer of a document.

But while we’re taking our time to fully digest the final law, keep this in mind:

A retailer is not going to be paying 21 cents a transaction at the point of sale. Rather that’s the maximum a credit card processor/acquirer can pay to the card issuing banks.

So the retailer may be in a contract with their processor to pay 1% per debit card transaction. A customer purchases a $100 item with their Bank of America Visa Debit Card. $1 (which is 1% of $100) is charged to the retailer. Only 21 cents of that can be paid to Bank of America (the card issuing beneficiary of interchange fees). The rest is retained by the processor.

So the card issuing bank is limited, and to some degree the payment network such as Visa as well, but the other parties do not appear to be affected, including the ultimate cost that retailers will pay. Doh! And that my friends, is what all the intense fighting has been about since December 28th, 2010.