Funding for Startups – An Ongoing Struggle


Startup. Some people like the term and some people hate it. It doesn’t even mean the same thing to everyone. To some, the mega giant Groupon is a startup and they’ve been in business for almost 4 years and earned $638 million in revenue last quarter. To others, a startup is simply an idea for a business that hasn’t gotten off the ground yet. And to the Merchant Cash Advance industry, startups are people who don’t qualify for funding but manage to come storming through the front gates demanding loans while waving around business plans. There’s a real dilemma in this country. Millions of people aspire to go into business for themselves and very few have any idea what to do. I get exhausted just thinking about this because for many years, I’ve been trying to tackle what you’d think would be a simpler problem, funding people that ALREADY have a business. 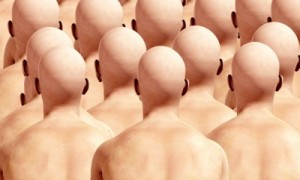 It’s finally gotten much easier for existing businesses to obtain capital, so much so that I started to warn the lenders in a recent article about getting too aggressive with their programs. But all that aside, these lenders have been plagued with an ongoing problem for years, a problem that has caused marketing costs to skyrocket, and have made loans for everyone more expensive. That problem is startups. It’s not that startups aren’t appreciated, it’s just that imagine opening a hair salon and seeing there’s a line of a thousand people waiting outside the door to get in. At first, you’d probably think “wow! we’re going to need to hire 50 more stylists to satisfy all this demand,” but then you find out that 900 of the people waiting were men that were completely bald. It’s awesome that they were interested to come out and get a perm, but without hair, there’s nothing for the stylists to do. The business ends up spending a lot of time and money telling folks with no hair that a mohawk will not be possible, causing the price of haircuts to go up for everyone else. 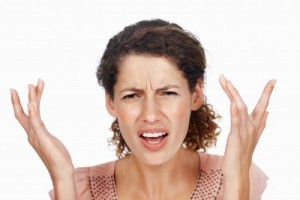 Some lenders are so inundated with startups that they stop marketing altogether. Others try to board up their pay-per-click ads with specific instructions for startups to STAY AWAY. It doesn’t reflect very well on the brand to do this, but if bald guys were overrunning a hair salon, the poor stylists would have to do something so they weren’t driven out of business. I’m not making fun of startups per se, I’ve been a part of 3 startups, including my own. I’ve been in the position where I was unsure of what to do first, especially since I never knew anyone that funded people whose businesses weren’t already up and running. Yes, I was the guy who knew tons about business lending and I had no idea how to raise capital for a business that hadn’t yet started.

Oh I knew how to set the gears in motion: perform market research, talk to potential customers about what they want, draw up a plan, incorporate, get the necessary permits, draw up an operating agreement, pay for legal advice, and set aside a large enough cash cushion to pay for at least 3 months expenses in case nothing went as planned. I had enough experience to know what I needed to be ready, but I guess I was still shocked the day I went to a bank to finally open a business account. With my account, the bank granted me a substantial unsecured line of credit. I’m fortunate to have an excellent credit score and that definitely played a role, but try to understand that I walked into the bank with no job and no income. I told them I was starting a business, wanted to open a bank account, and had all my business document ducks in a row and within 2 minutes I was approved for a line. This is after I’ve been hearing for years that no banks were lending, businesses with excellent credit couldn’t get money, and startups had no place to go.

Keep in mind though that I didn’t just walk into the bank and tell them all my good ideas and sum it up by asking for money. Heck, I didn’t even ask for money at all, though it was really nice to have it. I went in showing I meant business and walked out with something that everyone said is impossible to get in this country. I’ll admit there’s a few caveats. I live in New York City, have a decent net worth, have great credit, and have a background in business financing. So I’m not going to pretend that what worked for me is what’s going to work for everyone else.

I’ve always wanted to help the people I couldn’t. So I’ve been wracking my brain for some time as to what to do if a hair salon had 900 bald customers waiting on line. Do you help them regrow their hair first? 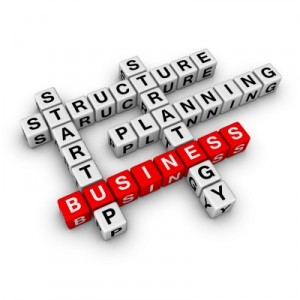 I totally believe in the old fashioned way of raising money, which means making sure you have enough of your own money saved up and taking every measure possible to be ready to launch before looking elsewhere for help. I realized though that many people don’t have the capital to get them as far as opening day, some don’t have strong enough credit to be confident that a bank line would ever be possible, and others just have a dream of something they want to do but have no money to even put their idea to the test. I’d say they were out of luck, but new friends of mine were telling me that’s not exactly right.

I recently spoke with Rachael Alford, a crowdfunding consultant who told me that you didn’t need to approach startup capital the old fashioned way. A bank? What’s that? The exact conversation between us is available online and I learned that folks with a serious idea can actually raise money just on the IDEA alone. Crowdfunding means raising money from other people so a lot of effort is required to make it work for you. When you go to a bank, the bank is forced to acknowledge that you applied and then decide to either approve or reject your application. With crowdfunding, your campaign to raise money can be outright ignored. It’s not a “hi, please approve me, bye” experience. Rachael said, “the problem is, people think it is as easy as making a page (on Kickstarter, GoFundMe etc.) and then they can just tweet or share the funding request and that is it.”

Driving interest to your crowdfunding campaign to raise money is kind of like a test to sell your product on opening day. If you can’t get anyone interested in your campaign, how in the heck are you going to get them interested to buy your product once it’s done? It should be mentioned that crowdfunding doesn’t necessarily require you pay back the money raised with interest like a loan. Some campaigns can be donation based. Others can be in return for a prototype of the product. Rachael shared this example with me to better explain: “Say Joe has an idea that may or may not cure XYZ disease but he needs to buy a super xyz widget before he can prove his hypothesis. No one will loan him the $10,000 he needs to see if it can work. With crowdfunding, he can’t offer (as a reward) to cure backers who pledge $1,000 or more. He should offer what he has: limited edition t-shirts that read: I’m a hero, I helped Joe Smith try to cure XYZ. Get the point? If it’s a food start up don’t offer to cater a wedding, offer to name a brick, booth etc﻿.” 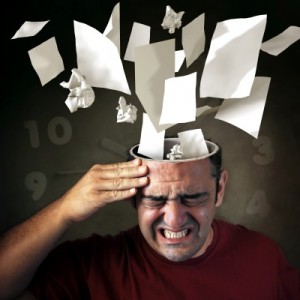 So having the idea is a starting point but you have to sell that dream HARD to get people to invest in it. Fortunately, it’s easier than making appointments with scary Silicon Valley venture capitalists and having to sweat out a presentation and then being told at the end that your idea is terrible.

Rachael teaches classes specifically to help people approach crowdfunding in the most efficient manner. If you’d like to know more about crowdfunding, I highly suggest you connect with her.

P2P Lending – Have you really not tried this yet?

On the flip side of raising capital is peer to peer lending. This type of financing has been around for quite some time. Websites like Prosper.com allow people to post loan requests so that individuals can collectively contribute to the amount wanted. Unlike crowdfunding, peer to peer lending is… lending. You can’t offer to name bricks after your peers instead of paying them back. In the case of Prosper.com, they act as the loan servicer but they also determine based on your credit rating the interest rate that your peers will have to charge. Prosper.com works for personal loans and for startup loans, but the key again here is that you can’t post a request and walk away. Instead you to have to rally people to your cause. Prosper.com sums it up with this tip on their website: “Asking your friends and family to invest in your listing and give you a recommendation will increase your chances of having your listing fully funded.”

Selling on Ebay or Amazon makes you official already

A third option for startups is Kabbage. Though they are technically a Merchant Cash Advance financing provider for established businesses, they specifically fund people with ebay and Amazon stores. I find that many people that want a shot at starting their own retail business have already tested out their skills on ebay or Amazon. What they may not know is that Kabbage sees these sellers as businesses already and that they need not feel like a startup at all!

Alas, raising money for a startup means work. Whether that work means being ready to cut the tape at the grand opening before applying for a loan or furiously banging the social media drum to mobilize people to your cause to invest. To the entrepreneurs that read this, I hope you’re a little bit more informed about where to start. To the lenders, the good news is that startup financing does exist, we just need to guide these people to the right places.

Perhaps there is an opportunity for lenders to set up peer to peer lending or crowdfunding campaigns on behalf of all the serious startups that call in. They could top it off by contributing the first 10% of capital needed to help them generate buzz to raise the rest. Let the market decide if the business plans are viable. If successful, then you can consult them through their grand opening and up through the point that they become eligible for a merchant loan. I would think a fee for this service would be reasonable. Everybody wins.

We need not struggle!