The SEC filed a motion for summary judgment against defendant Carl Ruderman last week as part of its ongoing lawsuit against 1 Global Capital and related parties. The motion applies to Ruderman on Count 1 of the SEC’s amended complaint alleging violations of 5(a) and (c) of the Securities Act of 1933 in addition to summary judgment on Ruderman’s second affirmative defense alleging the instruments he and Defendant 1 Global Capital LLC sold were not securities.

Ruderman has until June 18th to file his opposition to the motion. 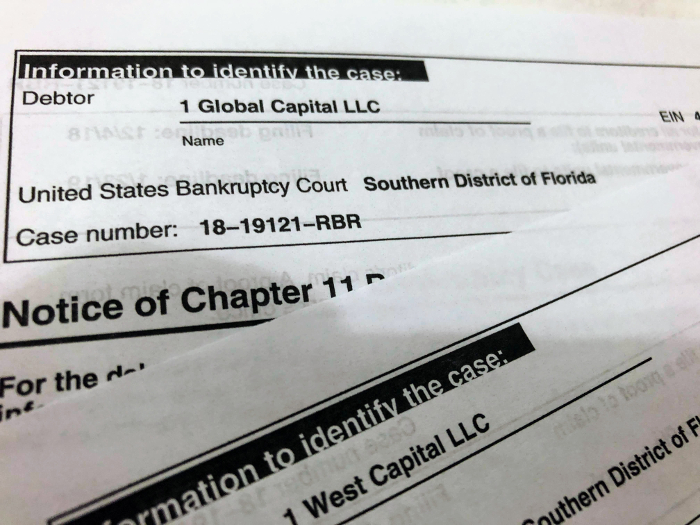 1 Global Capital founder Carl Ruderman suffered a major setback in his case with the SEC earlier this month, when the Court ruled that his company’s Syndication Partner Agreements and Memorandums of Indebtedness were in fact, securities. Ruderman had filed a motion to dismiss the SEC’s claims against him personally but the Court struck it down.

1 Global sold its notes to more than 3,400 investors in at least 25 states, who collectively invested at least $287 million. The company declared bankruptcy last year amid parallel criminal and civil investigations that hampered its ability to raise capital. The SEC filed suit soon after but no criminal charges have been brought to date.

In the ensuing legal discovery, it was revealed that the company funded the largest merchant cash advance in history, a collective $40 million funded over several transactions to an auto dealership group in California. Those dealerships closed not longer after 1 Global Capital’s bankruptcy. Those closures have sparked a lawsuit of its own and with it the revelation that several of 1 Global Capital’s competitors had also funneled millions into the dealerships.

The Court’s ruling in the motion to dismiss whereby the investments were deemed securities can be downloaded here. 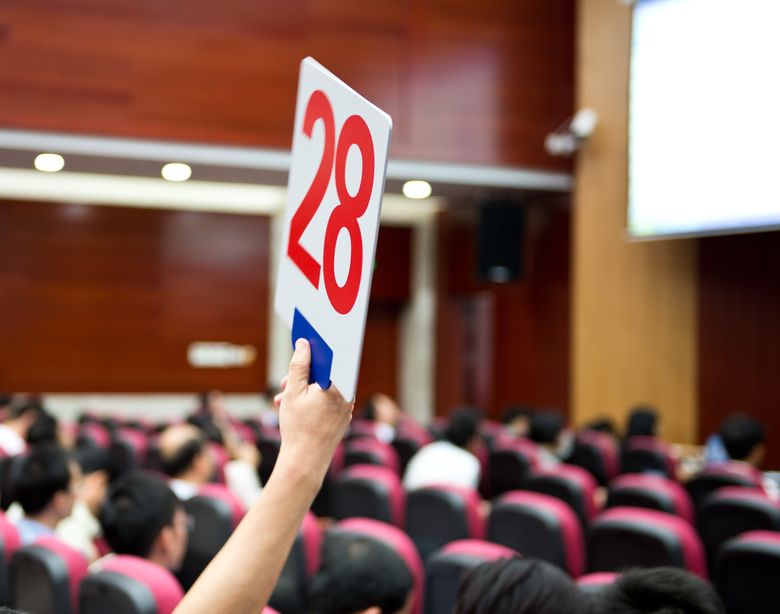 Since 1st Global Capital went out of business, the company’s treasure trove of leads has been up for sale. Beginning in October, 41 companies were propositioned by 1st Global Capital’s bankruptcy advisors to make a bid on the company’s data. Ten companies actually entered into non-disclosure agreements to access a data room. That led to four official proposals which was narrowed down to two formal negotiations and ultimately the selection of one final stalking horse bidder.

In Advance Capital’s high bid came in at $105,000 for data that includes 57,000 non-funded applications and 4,760 funded applications. That dollar figure is actually an upfront fee against future commissions because the arrangement requires the buyer to pay 1st Global Capital a commission for every merchant on the list that they end up funding in-house or elsewhere. The total purchase price therefore is likely to exceed $105,000 over time. The buyer is not permitted to stack any merchant on the list.

You can download details on the auction process here. 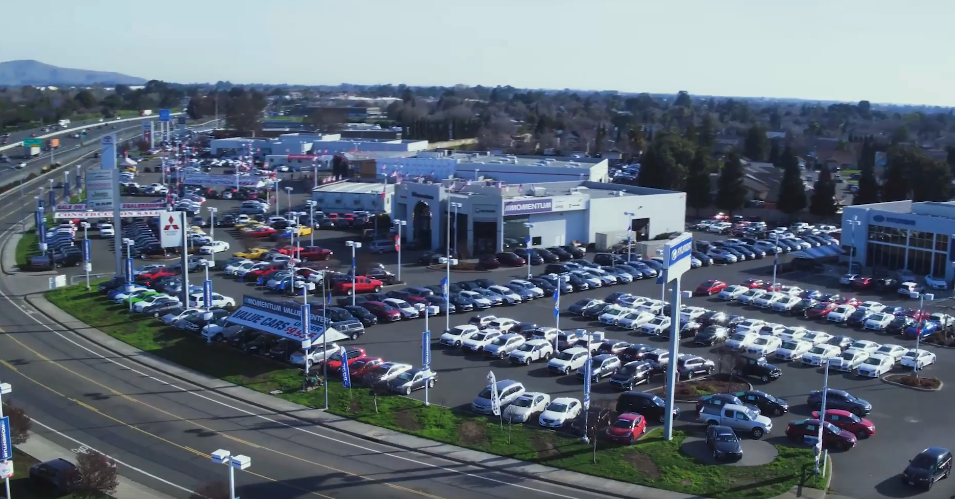 According to documents filed in the case, Momentum Auto was behind on taxes and loans to floor plan lenders to the tune of $15.5 million in February this year. That’s in addition to their inability at the time to pay 1st Global Capital and other MCA funders millions of dollars in advanced funds.

To fix the problem, 1st Global Capital established themselves as the senior creditor in which they required rival funders to enter into Subordination And Standstill agreements. In return for 1st Global Capital keeping Momentum Auto solvent with additional funds, the subordinate funders were only permitted to collect a fraction of their originally-stipulated daily payments (and only if Momentum Auto had adequate liquidity and cash flow, otherwise they were not allowed to collect anything at all until 1st Global had been paid in full). In the case of Capital Stack, it was agreed they could only debit 20% of what they were normally entitled to. For others it was 10%.

Momentum Auto Group is a conglomerate of car dealerships in California that shut their doors in November. Soon after, lawsuits flew, and in one case the judge has ordered the dealerships be placed into receivership.

1st Global Capital is itself in receivership, having filed bankruptcy in July this year. The company and its founder were also charged with fraud by the SEC after they allegedly relied on the sale of unregistered securities to more than 3,400 investors nationwide.

Subject to approval in two courts, 1 Global Capital LLC (aka 1st Global Capital) has confirmed it will consent with the SEC to be permanently enjoined and restrained from violating securities laws. The papers were submitted to the Court yesterday.

Though the terms include 1st Global Capital’s California counterpart, 1 West Capital, LLC, there is no connection to the separate securities charges pending against company founder and former CEO Carl Ruderman. Ruderman is seeking to dismiss those charges. According to court records, his reply to the SEC’s opposition is due this Friday.

The SEC is not impressed with 1st Global Capital’s attempt to dismiss the charges it stands accused of. Yesterday, the SEC filed opposition papers, writing “Having defrauded thousands of investors out of almost $300 million, Defendant Carl Ruderman now asks the Court to let him escape the consequences of his actions by dismissing the Amended Complaint against him based on a series of inaccurate and incomplete facts, incorrect legal standards, and infirm legal arguments.”

1st Global and Ruderman (who was the company’s owner and CEO), argued that the SEC does not have subject matter jurisdiction and that the notes between 1st Global and investors were not securities.

Parallel to the SEC case, bankruptcy proceedings are continuing to move forward as well.

There has been no word on criminal charges since 1st Global revealed it was being investigated by the US attorney’s office in July.

The SEC’s opposition to 1st Global’s motion to dismiss can be downloaded here. 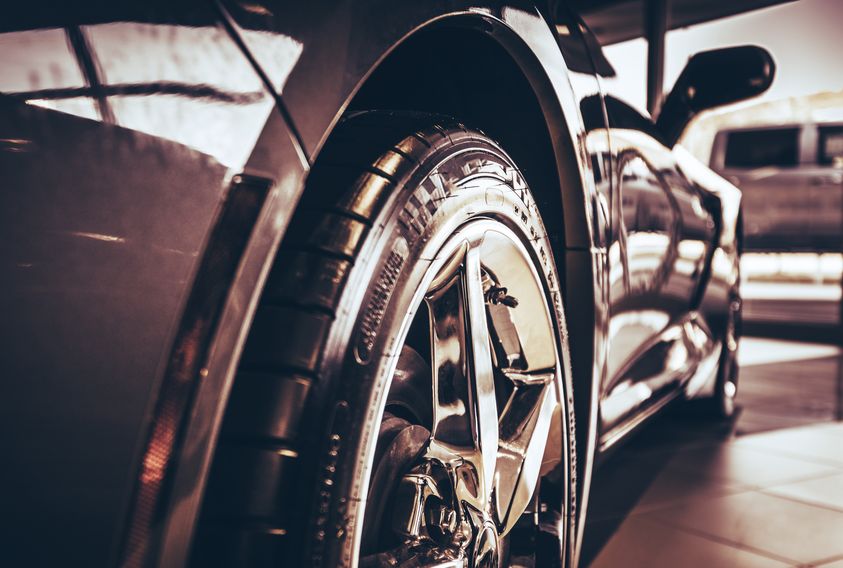 How would you like to be the funder to do a $40 million MCA transaction? According to the Securities & Exchange Commission, a deal of such magnitude was one of the many negligent acts that 1st Global Capital CEO Carl Ruderman did with investor money. Though the SEC refers to the merchant as an auto dealership in California, it’s roughly 9 dealerships with common ownership that collectively gross more than $550 million a year in sales. It’s the deal of a lifetime except that the ISO who brokered it has become the largest unsecured creditor to file a claim in the 1st Global bankruptcy. Records show they are owed approximately $3.9 million in unpaid commissions.

And its performance has not been without challenges, according to emails disclosed in the SEC case.

In April 2018, 1st Global employees discussed what to do about the dealerships’ lingering cash flow problems after becoming aware that the owner intended to either recapitalize the debt or sell the dealerships. The choice by then had come down to either continuing to fund them or to cut their losses, an email says.

“If they were to become insolvent, everyone loses,” wrote the Director of Accounting and Finance.

1st Global continued to fund them. The $40 million (approximate amount) was not disbursed all at once but in increments over the course of a year.

One week before 1st Global filed for bankruptcy, they signed a Binding Letter of Understanding with the dealerships acknowledging that the owner would be selling them. At that time the merchant had unpaid taxes of at least $9 million and had an outstanding receivable balance with 1st Global of $43 million. The Letter said that 1st Global would accept “whatever amount it receives [..] at this point as complete satisfaction” of the current RTR when the business is sold. 1st Global also agreed to forever release the dealerships’ owner personally from all legal claims. It was signed by Carl Ruderman 8 days before he resigned.

The merchant has not returned deBanked’s inquiries. The banker named in the Binding Letter as having been exclusively hired to sell the dealerships, told deBanked over the phone that he has never heard of 1st Global. 1st Global ceased operations on July 27th. The SEC filed a complaint against Ruderman and the company on August 23rd and an amended complaint on September 26th. The dealership transaction is used as an example of malfeasance in it twice.

No longer candidates for the largest merchant cash advance in history, two ancient deals that were famous during their eras for their size, ended up in default, and in doing so showed the industry that there was such a thing as too big.

One was a $4 million advance made by Strategic Funding Source in 2011 to a tourist attraction being produced at the Tropicana Hotel in Las Vegas. The Las Vegas Mob Experience, billed as the most technologically advanced interactive presentation of historical artifacts ever devised and set up in a 26,000 square foot total immersion facility, it was predicted to bring in 1.5 million visitors per year. But the deal quickly spiraled out of control, the exhibit shut down, and allegations of fraud were lodged in court. Though the Mob Experience was dubbed the largest merchant cash advance in history, it depends on whether or not you’re counting common ownership of multiple businesses as individual deals or one deal.

Dozens of advances made by Global Swift Funding in 2007 and 2008 to businesses controlled by the same west coast-based restaurateur, led to Global Swift’s demise. When the “restaurant king,” as he was known, filed for bankruptcy across all of his entities, Global Swift had outstanding future receivables with his businesses of approximately $8 million. Dan Chaon, a then representative of Global Swift, told a local newspaper at the time that the restaurateur was “a helluva sales-talk artist… he provided false financial statements, and everyone got caught up in that game.”

Curious details are emerging in the wake of the 1st Global Capital bankruptcy and subsequent SEC charges. Among them is that $161,000 of company funds were used to purchase cryptocurrency.

Many of those purchases were made in February of this year for a total of $92,492. The cryptocurrency market has slumped since then. Bitcoin, for example, is down 35%.

In May, less than three months before 1st Global filed Chapter 11, a purchase of $61,000 in cryptocurrency was addressed to TraNexus Ireland LTD. TraNeXus is an Ireland-based travel technology blockchain company that is currently raising capital via an Initial Token Offering (aka an Initial Coin Offering, ICO). “TraNexus is committed to changing the way people travel and revitalizing the travel and tourism industry by making travel easier, greener, more valuable and more fun,” the company says of itself in a recent press release. 1st Global Capital owner Carl Ruderman is something of a vanguard in the global tourism business whose acumen includes ownership of Elite Traveler magazine.

Separately, 1st Global is alleged to have funded a $40 million merchant cash advance to an auto dealership in California. Though it remains unconfirmed, industry insiders say it wasn’t even a 1st position deal and that the dealership had multiple advances.

On Wednesday of this week, the SEC served a subpoena on a JPMorgan Chase in Miami demanding all documents and payments related to 1st Global, Ruderman, and his companies.