“Do It Better Than How You Learned It”: How Paul Pitcher Came To Be In Canada 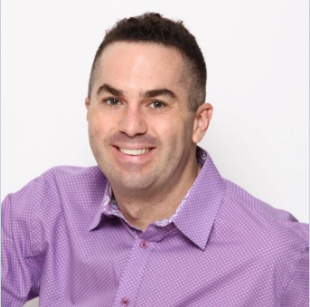 Few kids who dream of running their own international business actually grow up to live that fantasy. Even fewer end up working alongside their childhood heroes. Paul Pitcher is doing both, and he’s loving every minute of it.

Growing up in Annapolis, Maryland, the Managing Partner at First Down Funding and SharpShooter Funding studied at Severn School and immersed himself in sport. Under the eye of his father, Pitcher began playing basketball and baseball at the age of 4. Golf came later, and it followed him into his young adult life as he played at a collegiate level while enrolled at the University of Tampa, where he studied International Marketing and Finance. And upon graduation, Pitcher landed a job in Washington D.C., working in sales for the Washington Wizards and Capitals.

Sports accompanied him in each phase of his life, so it comes as no surprise that it is entwined with his current business ventures.

After leaving the Regional Sales Manager position he held with the Wizards and Capitals, Pitcher became a broker, eventually establishing First Down in 2012 – seeing it as a solution to a problem many business owners across the country face: acquiring capital. Offering funds via merchant cash advances, First Down provides financial aid to small and medium-sized businesses.

And after enjoying success in the United States, lightning struck on June 6th, 2015. Out of the blue, over 25 Canadian business owners applied for funding from First Down. Chalking it up to ads First Down had placed across social media, Pitcher decided to dive into the new, northern market, but only after consulting with the only Canadian he knew, WWE Hall of Famer Bret ‘Hitman’ Hart.

Having met the wrestler in 1993, Pitcher gambled on Hart remembering the 10-years-old kid in the Looney Toons t-shirt that he took a photo with two decades ago. And it paid off. Following discussions of what First Down did and how it met the needs of the Canadian market, Hart partnered with the company and now serves as commissioner to SharpShooter, the Canadian arm of First Down. 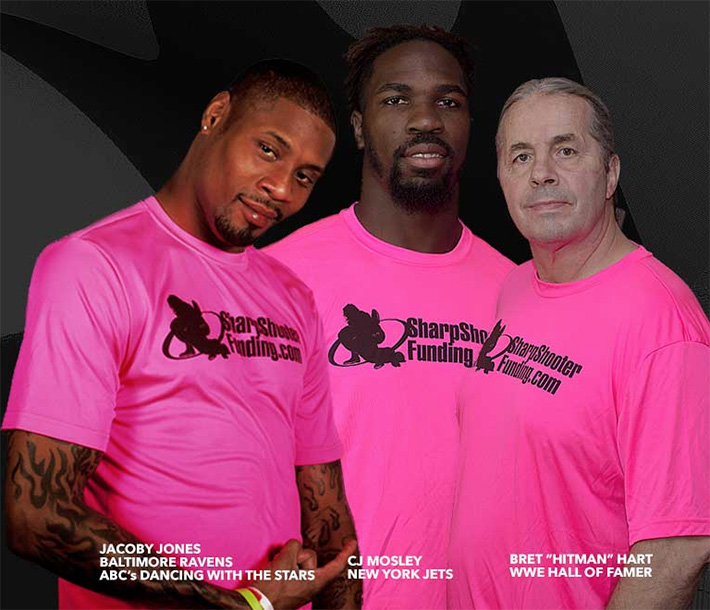 With the backing of a hero from his youth behind him, Pitcher expanded beyond the borders of the US, and with this came further support from sports stars. Recent years have seen CJ Mosley of the New York Jets, Jacoby Jones of the Baltimore Ravens, and the Shogun Welterweight Champion Micah Terill partnering with Pitcher.

Noting that the spirit and culture of sport has definitely bled into First Down and SharpShooter from both his own personal life as well as the lives of those athletes that are partnered to it, Pitcher affirms that healthy competition is integral to both sport and business.

Believing that it’s just as important to win as it is to develop the environment you are in, Pitcher is in the funding market for the long-run. And it is exactly this that attracts him to Canada. Comparing it to Baltimore in his home state, he sees the Great White North as a region that is less saturated with funding firms like you would find in New York or Chicago, in other words, he sees it as a place of opportunity, where there is room to grow.

Of course, with such opportunity there are growing pains, like the populace’s level of product knowledge as well as the building of trust between business owners and SharpShooter, but Pitcher welcomes it. Emphasizing his love for competition, he calls for more firms like his to enter the market, be they big or small, as according to him, it could only help build upon the culture of non-bank funding that has taken root in Canada.

“Whatever you do, do it better than how you learned it,” are among the final words Pitcher leaves me with, and with the other closing remarks hinting at further expansion beyond Canada, the Managing Partner seems to be living by this maxim. Be it the education he picked up in Tampa, the lessons learnt in sales, or even a chance encounter with a childhood hero, Pitcher appears to be aiming to continually build and expand upon what he has experienced.

Home › Brokers, Business Lending, merchant cash advance › “Do It Better Than How You Learned It”: How Paul Pitcher Came To Be In Canada