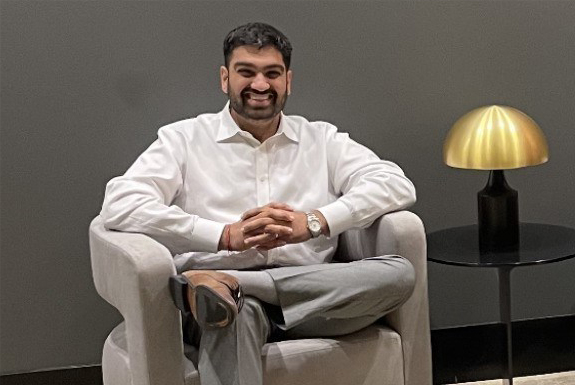 “What the hell are we going to do now?”

Kunal Bhasin, CEO of 1West, saw the light at the end of the tunnel for his business in March of 2020. Instead of closing his doors and pursuing other options in finance, Bhasin held strong and began developing a product that was merely an idea prior to his business’s abrupt halt.

The idea, a software called ABLE (Automated Business Lending Engine) is a platform that minimizes the lapsed time that occurs in the funding process. “There were deals all over the place in different people’s inboxes. And then those people would have to put those deals into our processors, which created huge gaps of time,” said Bhasin.

With the help of his former college roommate, engineers, and staff, Bhasin put his idea to fruition— and ABLE took off. “We rolled up our sleeves and spent the better part of the last 16 months building it, and now the largest percentage of my time devoted to running 1West is on the software and the platform.”

Bhasin claims that his product gives his company a huge competitive advantage, as he is able to use AI to evaluate, process, and determine the type of funding and through which lender is best on an individual basis.

The automation of the application process has allowed potential borrowers to not only find the ideal package for their needs, but allows them to apply for different types of capital streams, something that would take tons of manpower and time without the ABLE software.

“Greater than 90% of the customers who come into ABLE apply for more than one product,” said Bhasin.

When asked about if there were any plans to license the product in the future, Bhasin was hesitant to give a definite answer for the future of his creation. ABLE is already white labeled by 1West for brokers.

“Maybe,” he said, I want 1West to reap the benefits of it for 6-12 months and fix all the tweaks we have to make. We have a lot going on.”