According to David Gens, CEO and President of Merchant Growth, Merchant Growth’s steady business provides Tabit with the infrastructure, manpower, and underwriting capabilities it needs to develop this kind of unique financial product.

“At a Money 20/20 conference many years ago, a speaker made a comment that resonated with me,” said Gens, when asked about the origin ideas in Tabit’s development. “That speaker, I forgot who it was now, said that small business financial services share more similarities with consumer offerings than they do with the mid-market and commercial space. In other words, innovations that become successful in the consumer space end up translating over to small business.

“Ever since then I’ve taken that to heart and as we watched the explosive growth in the consumer BNPL space,” Gens continued. “We were constantly thinking about whether the timing is right to translate this over to B2B transactions.”

Gens also gave credit to his industry awareness, saying that he saw those on the international stage having similar ideas.

“In the past 12 to 24 months, we’ve also seen a number of announcements internationally of companies raising VC funds to do just this, but nobody has yet announced in Canada,” he said. “In our strategic planning meetings, we looked closely at our company’s capabilities and determined that we are well suited to build this.”

Tabit’s perceived advantage is that they can reinvent the lending space by not wrapping a financial product in a digital service like other techy lenders, but instead use relationships between businesses and their vendors in order to keep their cost of acquiring customers down, thus having the cost of financing cheaper for the borrower. 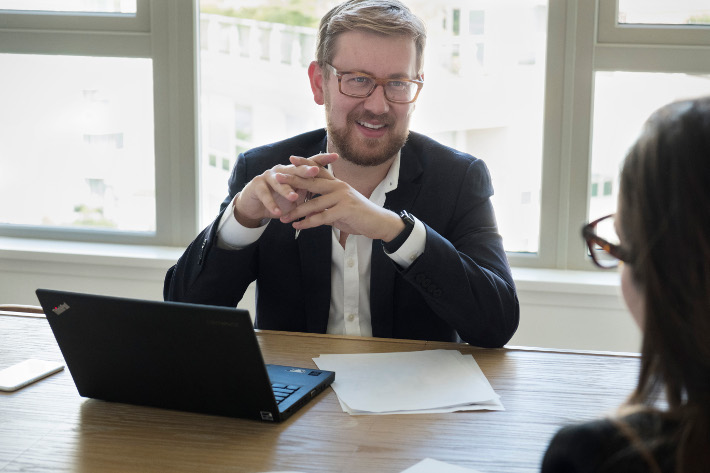 “Tabit is our answer for how to reach as many small businesses as possible in an economically sustainable way, therefore delivering a cost-competitive product,” said Gens. “That is by leveraging the relationships that B2B sellers have with their buyers, [and] it’s a great way to scale the delivery of SMB credit and provide significantly greater access to capital at competitive rates.”

Gens also touched on the idea of the need for new financial products to compete with innovation in lending. Despite recognizing the existence of digitally native merchants and the desire to incorporate tech into a financial product, Gens doesn’t seem to think there is a need to overhaul the market with experimental ideas.

“I think that the launch of Tabit is an embodiment of the trend of digital consumer experiences proliferating in the small business and B2B space,” said Gens. “[It] also speaks to the growing influence of digitally savvy and millennial business owners on SMB fintech offerings. Credit is fundamentally an old product that’s been around for thousands of years. It’s the way in which it is delivered and how and when that will continue to evolve.”

“It is also becoming increasingly dynamic and fluid with real-time data and machine learning models, creating unprecedented convenience as well as accuracy in pricing of risk, which drives accessibility,” Gens continued. “Innovation should remain focused on minimizing the friction and “number of clicks” for users of credit, freeing up time to be spent on other valuable activities.”

At the consumer level, BNPL has faced some scrutiny by both users and regulators. Credit being available at a moment’s whim at the point of sale, with limited time to decide on the consequences of taking on a financial product has had many people question the ethics and long term outlook on it. Gens however, is not one of those people.

“I struggle to see how low-interest point-of-sale financing can be considered predatory,” said Gens. “Such a product eases financial burdens, it does not increase them. Particularly in the B2B space where such an offering helps accelerate growth for small businesses, I am optimistic that regulators will perceive B2B BNPL payment solutions favorably.