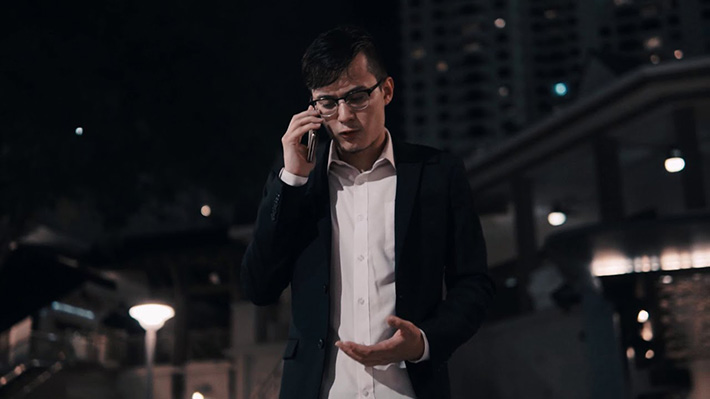 Davron Karimov, a 22-year-old MCA broker, went from $10k in debt to collecting $200k a year in commissions. It took less than three years, and Karimov shared his journey on his personal, sometimes chaotic, yet always informative YouTube channel.

The Staten Island native said he first started at a Long Island City shop and quickly made some early deals, eventually leaving to start his own firm, FunderHunt, and recently opened an office in Miami.

But do the YouTube videos help him make deals? Of course they do, Karimov says, and he not only gets deals through his video platform but he also get questions from other MCA brokers who reach out for help.

“Of course, we get people all the time calling in, people that have questions, people in the industry need help with their merchants,” Karimov says. “I started around 2018, and there was no info on YouTube about business funding, a huge void online. I stepped up and thought I could be the one to supply info.”

Nearly three years later, Karimov has built an expanding business while helping others through the struggles of being a broker and CEO in the MCA world. In the last year alone, the pandemic caused applications to explode, Karimov says.

“THERE WAS NO INFO ON YOUTUBE ABOUT BUSINESS FUNDING, A HUGE VOID ONLINE…”

It was a time to capitalize if your shop was strong enough to survive what Karimov called the “dark ages” for MCA. If you survived, you get to reap the reward of a capital-deprived market, he says.

“The whole crisis took out so many funders that were just not good, they probably were supposed to go out of business a long time ago, but this accelerated it,” Karimov says. “It took out all the bad funders and replaced them with people that are solid, fast, and have everyone’s best interest at heart, from the merchant to whoever the ISO is.”

According to Karimov, 2020 solidified who is a real player in the game. Launching a new office himself, Davron says he enjoys sunny days in Miami while it is twenty degrees in-between blizzards in New York. Though snow wasn’t the reason he moved, but instead the funding environment.

“Everyone has been warm and welcoming [in Miami], the government knows what this is, and that’s what we do. We try to educate them: not a lot of people know here about this; it’s like it’s a secret,” Karimov says. “If you go to New York, it’s like everybody knows, there are so many shops there. But here, it’s kind of rare to see someone that knows what a cash advance is.”

Compared to New York’s increasingly restrictive funding ecosystem, the Florida space is open to growth. That’s exactly the environment Karimov hopes to profit from, expanding his business in any way that will be geared toward helping businesses.

“I’m not a huge fan of diversification,” Karimov says. “I like doing one thing. But we opened up an office in Miami; we’re bringing experienced people in and trying to fund deals as fast as possible. We’re maybe looking to develop into offering a debit card, whatever is in the business’s best interest.”