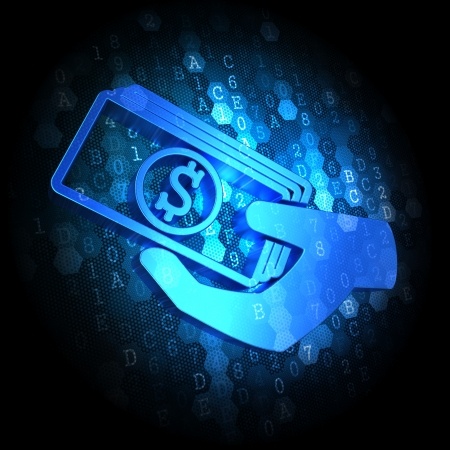 You might not have known this, but one of the most lucrative opportunities in merchant cash advance is the ability to participate in deals. It’s a phenomenon Paul A. Rianda, Esq addressed in DailyFunder’s March/April issue with his piece, So You Want to Participate?

Syndication is industry jargon of course. You probably know the concept by its sexier pop culture name, crowdfunding. For all the shadowy rumors and misinformation that circulates out there about merchant cash advance companies, they’re similar to the trendy financial tech companies that have become darlings of the mainstream media.

Did you know that many merchant cash advances are crowdfunded? To date, no online marketplace has been able to gain traction in the public domain aside from perhaps FundersCloud, so crowdfunding in this industry happens almost entirely behind the scenes. There is so much crowdfunding taking place that it’s becoming something of a novelty for one party to bear 100% of the risk in a merchant cash advance transaction. Big broker shops chip in their own funds as do underwriters, account reps, specialty finance firms, hedge funds, lenders, and even friends and family members of the aforementioned.

Merchant cash advance companies find themselves playing the role of servicer quite often, which is coincidentally the model that Lending Club is built on. A $25,000 advance to an auto repair shop could be collectively funded by 10 parties, but serviced by only 1. Each participant is referred to as a syndicate. This is not quite the same system as peer-to-peer lending because syndicates are not random strangers. Syndication is typically only open to businesses, and most often ones that are familiar with the transaction such as the company brokering the deal itself.

In the immediate aftermath of the ’08-’09 financial crisis, some merchant cash advance companies became very mistrusting of brokers and deal pipelines were going nowhere. Underwriters had a list of solid rebuttals for deals they weren’t comfortable with. “If you want us to approve this deal so bad, why don’t you fund it yourself!,” underwriters would say. Such language was intended to put a broker’s objections over a declined deal to bed. But with all the money being spent to originate these deals, it wasn’t long until brokers stumbled upon a solution to put anxious merchant cash advance companies at ease. “Fund it myself? I’d love to, but I just can’t put up ALL of the cash.”

And so some brokers started off by reinvesting their commissions into the deals they made happen. That earned them a nice return, which in turn got reinvested into additional deals. Fast forward a few years later and deals are being parceled out by the truckload to brokers, underwriters, investors, lenders, and friends. There’s a lot of money to be made in commissions but anybody who’s anybody in this business has a syndication portfolio. The appetite for it is heavy. Wealthy individuals and investors spend their days cold calling merchant cash advance companies, brokers, and even me, trying to get their money into these deals. They know the ROI is high and they want in. 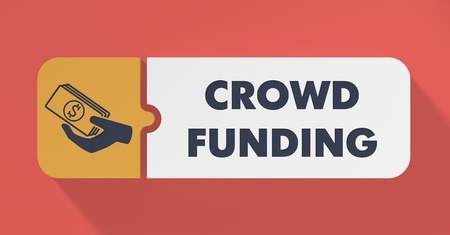 That’s the interesting twist about crowdfunding in the merchant cash advance industry. You can’t get in on it unless you know somebody. There are no online exchanges for anonymous investors to sign up and pay in. It requires back door meetings, contracts, and typically advice from sound legal counsel. A certain level of business acumen and financial prowess are needed to be considered. These transactions are fraught with risk.

In Lending Club’s peer-to-peer model, investors can participate in a “note” with an investment as small as $25. This is a world apart from merchant cash advance where it is commonplace to contribute a minimum of $500 per deal but can range up to well over $100,000.

Lending Club defines diversification as the possession of more than 100 notes. At $25 a pop, an investor would only need to spend $2,500. With merchant cash advance, 100 deals could be $50,000 or $10,000,000. By that measure, syndication is crowdfunding at the grownup’s table, a table that doesn’t care about sexy labels to appease silicon valley, only yield.

Strange merchant cash advance jargon keeps the industry shrouded in mystery. Did you know that split-funding and split-processing are terms often used interchangeably? Or that they have a different meaning than splitting? Or that the split refers to something else entirely?

Do you know what a holdback is or a withhold? How about a stack, a 2nd, a grasshopper, an ISO, an ACH deal, a junk, a reup, a batch, a residual, a purchase price, a factor rate, or a UCC lead?

Paul Rianda did a great job detailing the risks of syndication, but there is one thing he left unsaid, and that’s if you’re going to participate in merchant cash advances, you better be able to keep up with the conversation.

At face value, syndication is nothing more than crowdfunding. But if your reup blows up because some random UCC hunting ISO stacked an ACH on top of your split while junking him hard and upping the factor with a shorter turn, you just might curse the hopper that ignored your holdback and did a 2nd. And on that note, perhaps it’s better that the industry refrain from adopting mainstream terminology. We wouldn’t want everybody to think this business is easy. Because it’s not.

Syndication has more in common with equity crowdfunding than crowdlending. If you buy future revenues and the business fails, then your purchase becomes worthless. There is typically no recourse against the business owner personally unless they purposely interfere with the revenue stream and breach the agreement. Sound a bit complicated? It is, but crowdfunding in this space is prevalent nonetheless. To get in on it, you need to know someone, and to do it intelligently, you better know what the risks are.

If you want to sit at the grownup’s table and syndicate, consult with an attorney first. There’s a reason this industry hasn’t adopted sexy labels. It isn’t like anything else.