The Economics of Lending: Money vs. Goods and Services 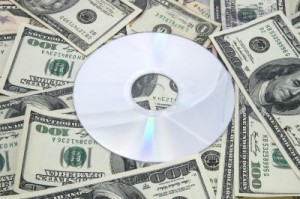 If I were to offer you the choice between a free DVD with a retail value of $20 or a free $20 bill, which one would you take?

Unless the DVD was something you were going to buy anyway or unless it was a rare item that is hard to find, you’d probably accept the cash. I would too, and that’s because I can turn around and exchange the $20 for anything I want. This isn’t to say that someone wouldn’t accept a DVD and give you something of value in return. You could probably do this but it would be a hassle compared to buying something with cash. Cash is the ultimate liquid asset. It has the same numerical value to all that evaluate it and it is acceptable everywhere.

If this is the case, then why do governments set limits on transactions that only involve cash vs. transactions that involve cash in exchange for a good or service? The reference I’m making here is to usury. Many states govern the interest that can be charged on a loan. This is done to protect borrowers but in doing so, they end up hurting them.

For example:
A manufacturer spends $100 to create a commercial refrigerator, but they sell it to a business for $1,000. That’s equates to a fee of 900%. Once the business books it as inventory, they will attempt to sell that refrigerator to a consumer for an even higher price to make a profit. While it’s a nice windfall for the manufacturer, it’s capitalism at its finest.

If these scenarios were to occur, the business may try to liquidate the inventory for a lesser amount and take a loss, but doing that might not be easy. The refrigerator might have to be inspected and appraised before a buyer is confident to make the purchase. This problem doesn’t happen with cash. People don’t go out and appraise the value of a $100 bill to determine if it’s worth more or less than $100. The other possibility is that the business can’t liquidate it at all and they end up losing the entire $1,000 they spent.

What’s interesting is that if the business had accepted a $100 bill in exchange for paying $1,000 at a later date, that $100 bill wouldn’t have the real risk (discounting hyper-inflation) of becoming worthless tomorrow or becoming the object of a difficult liquidation. 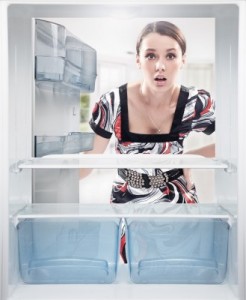 So when faced with choices again… would you rather take a refrigerator someone spent $100 to make and try to sell it for more than $1,000 or would you rather someone give you $100 cash and you do whatever you want to try to turn that into more than a thousand bucks? On the one hand you have a refrigerator which might have a decent retail market and on the other hand you have cold hard cash that you can do anything with to try and make the necessary profit. You might choose refrigerator but you might choose the cash especially if you had a rock solid idea for that hundred bucks.

If you’re an expert in your trade, you might be able to build your own higher-quality refrigerator for the same cost of $100 and be able to sell it for $2,000. Sure beats buying a crappy lower quality one and struggling to sell it for more than a thousand doesn’t it? Then you could pay the $1,000 owed and walk away with $1,000 in profit.

Sounds awesome except some states might deem the transaction illegal because to give a business $100 cash in exchange for $1,000 over a certain time period is usurious and predatory to the borrower. But selling a refrigerator valued at $100 to a business for $1,000 is okay, even if the business is never able to sell it.

In the eyes of a state, it is okay for a business to pay a 900% markup for an illiquid asset but it is dangerous to pay a 900% markup for the most liquid asset of all. I don’t understand it. If the idea is to prevent lenders from poaching borrowers or borrowers from making bad business decisions, then why is it okay for someone to sell a product for a lot more than they paid for it? Is a manufacturer selling a $100 refrigerator to a business for $1,000 usurious?

Perhaps your answer would be that a business owner wouldn’t engage in such a transaction if he/she didn’t believe it could be sold for more, either because there is an established retail market or because of sufficient market research. That is a weak defense because businesses get stuck with inventory they can’t sell all the time. Whether the market changed or it was just a bad business decision, Americans attitude towards speculation on a good or service is one of total acceptance. But give a man a dollar and he can’t be trusted to earn back more than a few cents on it. A legislator might evaluate these potential returns on a $1 investment like this:

In many states, if you borrow a dollar so you can make three but it cost you a dollar in interest to make this happen, it’s illegal. But if you pay a dollar for an old banana peel with the hope of selling it for $3, that’s a business transaction.

I could rehash examples over and over, but where I’m going with this is that there are things like credit history and risk criteria that prevent people from borrowing a dollar at a relatively low rate. Naturally, the more risky the borrower, the higher the cost. After a certain level though, the law intervenes. If the amount of risk warrants a very high rate of interest, more than what is allowed by law, the government would rather the borrower get nothing than allow the transactions to go through. It’s a very sad position the government takes on its citizens, that the borrower is not capable of generating the return they believe or that that they lack the intelligence to know what they’re engaging in and therefore the transaction should be stopped altogether. In a utopian society, saving people from themselves might seem fair and just, but in reality there are millions of people and businesses with less than stellar credit, disqualifying them from borrowing at all because to compensate for risk would require a rate of interest disallowed by law.

At this time last year, 53% of Americans had credit scores of 700 or better. 700 is that magic threshold and it means that 47% of Americans are going to have a hard time obtaining credit or won’t be able to get it at all. When the laws were written to protect borrowers, I highly doubt the legislators understood they would be locking out almost half the country.

It’s ironic then that in times of financial crisis, government points the finger at banks for keeping credit tight, when it is nearly impossibly to free it up because of how regulated it is. 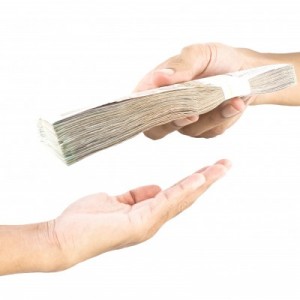 Credit has been screwy the last few years because government intervention is wreaking havoc on the market. The maximum allowable interest rate on an SBA 7(a) loan maturing in less than 7 years is the Prime Rate + 2.25%. That would be 5.5% annually. FICO states that the odds of a borrower becoming delinquent on their loan (90 days or more behind) range from 15% to 87% if their score is less than 700.

How can you expect to make money if you can only charge a maximum of 5.5% when 47% of all Americans have a 15 to 87% chance of going delinquent or defaulting? You can’t and that’s why the Small Business Administration exists. In order to manipulate banks into making wildly unprofitable loans to businesses, the Federal Government via the SBA guarantees up to 85% of the losses banks are stuck with. It’s a bandaid solution to the broken market that usury laws create.

The SBA also empowers banks to crush private sector competition since many non-bank financial institutions do not participate in the SBA program and therefore need to charge vastly higher rates to compensate for risk.

But even the SBA has strict criteria on default coverage. Many borrowers do not meet the SBA’s criteria, leaving the bank unable to lend to them.

It is no surprise then that the end result of continued credit market dysfunction has led to non-bank financial institutions getting creative. If you can’t loan a man a buck in return for two, then buy 2 bucks worth of his future success in exchange for a buck today. That was the original basis behind Merchant Cash Advance financing and the concept is rooted in factoring. Americans accept the buy/sell arrangement in business no matter how much risk each party is taking and so if we start treating cash as an asset, of which there is nothing more liquid, then we’ve finally cured the disconnect of money versus product/service.

For those with heavy debt, critics point fingers at the lenders, disregarding the cash the borrower got as a seemingly empty asset with no value that disappeared over night, a trick they’ll conclude was all part of the lender’s plan to saddle the borrower with evil debt and interest charges.

Somewhere along the line, a few people stopped thinking about how they could turn a dollar into two and started thinking how they could use the dollar to pay for something they already got while worrying about the dollar and interest owed on it at a later date. As this psychology has taken root in our culture, people have painfully learned that the ability to borrow runs out and the reality of owing a lot of money interferes with the comfort of living the way they did before. Lenders have taken losses and legislators have enacted laws to prevent people from hurting themselves. It all comes back full circle as we wonder now why banks aren’t lending and people can’t get credit.

There are many solutions, some temporary, some long-term, some will help a little, and some will help a lot. All of the debates, arguments, and finger pointing don’t change the fact that no matter how much progress we make, there are people out there that are wondering how they can borrow a dollar today to pay for something they already got. Businesses borrow to pay for past due rent, pay off inventory, taxes, payroll, and equipment. There are instances when a cash infusion is appropriate because the business will bounce back and there are instances when a loan will prop an insolvent business up for a short while, only for it to finally fail because the profitability or cash-flow problems were never fixed.

In America we all understand the trading of goods and services for money, but when money is traded for money, we get confused. If you are willing to pay $1,000 for a refrigerator it cost someone else $100 to make with the belief that you could resell it for $2,000, then there is no reason why the manufacturer shouldn’t be able to borrow $100 and go direct to the consumer themselves. The $900 interest fee is justified. Let’s not forget that a competing lender will charge less to try and steal the borrower away. The market will takeover until the perfect balance is met between risk and reward. When we legislate away this natural process we cause dysfunction, creating the needs for bandaids like government guarantees to force a market into existence while disrupting all of the other ones.

Undo the regulations and inspire the masses to turn a dollar into two, a hundred, or a thousand! The possibilities are endless with cash. If you can’t think of a way to turn a healthy profit with the most liquid asset on Earth, then chances are your luck won’t be much better with selling refrigerators or anything else.