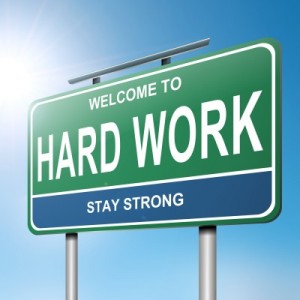 After what was one of the wildest two weeks in Merchant (MCA) history, the game-changing news finally subsided, but no one is taking a deep breath. Instead, everyone is busy working their butts off trying to help small businesses grow.

UPDATE 5/16: RapidAdvance has acquired the operating assets of ProMAC. First Instance of consolidation that we’ve been predicting would happen this year. See news release detailing the acquisition HERE.

There is just loads of capital available right now and the technology is catching up quick to support the mass deployment of it. A writer for the American Banker believes that the MCA industry is even beginning to threaten community banks.

Many community bankers would be open to using online applications and other technological tools to make faster loan decisions, says Trey Maust, co-president and chief executive at the $121 million-asset Lewis & Clark Bank in Oregon City, Ore. But most community banks use a business model that requires more hands-on interaction with borrowers, he says.

Hands-on is another term for driving back and forth to the bank for appointments, having the bankers visit your business, all the while they try to sign you up for other bank products, like checking accounts that incur a monthly fee.

Who’s at Work
We know some of the major industry players but it’s interesting to see who else is doing significantly large volume. Pearl Capital recently reported funding $7 million in a single month and United Capital source came in at a tad shy of $4 million in just this past April. These are firms you may have heard of already, but they’re now sitting at the big kids table.

What the Generals are Saying
If you haven’t been paying attention to the DailyFunder.com forum, 4 Chief Executives have contributed to the site in a very meaningful way by sharing their thoughts on the MCA industry at large. This is the kind of wisdom you would normally get in bits and pieces through occasional citation in the Green Sheet or other publications, but the full monty has materialized in the very exclusive CEO Corner. Some key highlights from what they’ve shared so far:

Excerpts from Jeremy Brown, CEO of RapidAdvance:
Those of us that have been in this business for 5 years or more – Rapid started in 2005 – are excited at the positive press we get today vs. several years ago and how we are becoming embraced and accepted as a mainstream product. More PE firms, banks, and others want to invest in or lend to the industry. Those groups have always been intrigued by the returns in this industry but the conversations are different today.

One thing I think will be different next year are fewer deals offered over 12 months in payback period. When you look at the data over an extended period of time, 18 month term loans don’t make sense for the merchants that are funded. It’s not the most efficient use of funds, limits the ability for the merchant to renew and the longer term deals are far riskier. (See: Year in Review and What Next Year May Bring)

Isn’t that the point of a 6 month MCA – to meet a current need and have the merchant be able to draw again in 4-6 months for the next capital need? That is the problem with the 15 – 24 month deals that are being offered to merchants today. Our industry is based on providing working capital to merchants. By its very definition, working capital is less than 12 months. Longer term deals are permanent capital, even when they are repaid over 15-24 months.

it was no surprise when the economy tanked in late 2008 that the merchants in our portfolios at that time took a major hit to sales and therefore the funding companies losses increased by 50% or more on their outstanding portfolios. So what happens when the next recession – big or small – hits and funders have portfolios out to 24 months? It doesn’t take an MBA from Harvard to figure out that answer. (See: Working Capital or Permanent Capital

Haven’t gotten into the industry myself in 2006, I can totally validate the complete 180 in press coverage. I’ve put all my energy into MCA and it’s gratifying to finally hear the praises so many years later.

Excerpts from Steve Sheinbaum, CEO of Merchant Cash and Capital:
The industry already services hundreds of thousands of small business merchants with cash advances for growth and other purposes based upon monthly credit card receipts. For years this has been the basic model of operation. But, what about the substantial number of businesses that require quick and easy access to capital who don’t accept credit cards or don’t produce enough in monthly credit card receipts to qualify under the normal MCA guidelines? Tens of thousands of businesses could use the capital infusions the industry provides daily but either don’t think they’ll qualify or, because of our lack of creativity, the industry hasn’t produced a means of addressing their needs. These businesses would make great customers but because of the rigid requirements we have in place to protect our livelihoods we’ve left money on the proverbial table.

That’s not the case anymore. (See: Creativity in the C-Suite…Another way to Fund!)

In regards to advances on gross revenue instead of just credit card payments, he’s absolutely right.

Excerpts from Andy Reiser, CEO of Strategic Funding Source:
the most important part of any deal is the people. We rely heavily on the relationships we have with the client and most importantly with our ISO partners and ISO syndicate partners who invest side by side with us. Valuing these relationships is far more important than relying solely on the numbers and how sophisticated our technology is.

Over our 8 year history, we have noticed that the performance of a deal has more to do with the relationship we have with our ISO partner and ISO syndicate partner, then with the deal itself. We have all kinds of tools available to help us analyze the potential success of a deal – FICO scores, due diligence checklists, signed affidavits, warranties and representations, scoring models, algorithms, etc. And yet, some of the ugliest deals on paper have been some of our best performers, while some of the most attractive deals on paper have been nothing but trouble. (See: Business and Baseball Fantasies)

During my time as a head underwriter, I witnessed the exact same thing. Solid referral partners had solid performing clients even if they didn’t look so good on paper. Likewise, the shakier resellers had clients that underperformed across the board, including the deals that looked cleanest.

Excerpts from Craig Hecker, CEO of Rapid Capital Funding
As each MCA company grows and creates a positive reputation, we all grow as an industry…together. But as our popularity grows, however, so does our competition. We already know that Amazon, eBay, and Google are stepping into the market, and AMEX is looking to expand their short term financing portfolio. These big business industry leaders will help build our brand of finance and benefit our portfolios, but I also think it is fundamental that we market ourselves as the alternative to big business finance and identify ourselves with the small business owner. (See: Small Business and How MCA Can Bridge the Gap to Success

We’ve got some big names in the industry now, whether they are financing the merchants directly or backing the funders that do the financing. I agree that you need not be intimidated by competing against these established brand names. Positioning yourself as the funder next door, people that have walked a mile in the merchant’s shoes (literally) can actually be a strong advantage.

What’s Next?
We’re pretty confident there will be more big headlines in the near future but for now we can’t confirm or say anything. DailyFunder.com is also lining up additional industry captains to participate in the CEO Corner and I’m sure there will be plenty of nuggets for us all to dissect. They’re probably the best source of MCA information that you can possibly get.