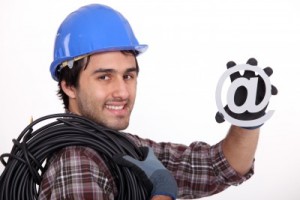 A bunch of my risqué comments about what’s right and what’s wrong in alternative lending just got some support. Phew. I happened to be reading the news, you know about Merchant Cash Advance… and I found a delightful article on CNBC today titled, Starved for Cash, Main Street Turns to Alternative Lenders

First, I will merely point out some of my corroborated statements between what I said in The Inefficient Merchant Lending Market Theory on March 5th and the story on CNBC.

Me: How is a business REALLY doing? Reviews will tell you a lot so long as there are enough of them, and not just the star meter, but the actual written reviews. | A business’s whole reputation can’t be assessed from paperwork and credit scores, but it can be by hearing from people in the local community. I would go so far as to say that any business that does not have at least a website, business fan page on Facebook, twitter account, or a reasonable substitute should be automatically declined for financing.
————-
On CNBC: The new crop of lenders are also using nontraditional measures to assess applicants. Those measures can include payroll, Better Business Bureau ratings, Yelp ratings and more.

But more recently, public databases and even social-media activity have been factored into the decision-making process.

“Every restaurant we do, we look at their Yelp review,” said Joseph Looney, chief operating officer and general counsel for cash-advance company Rapid Advance, which consults with data scientists to refine its methods and discover new insights into a business’ prospects.

Rapid Advance considers the mere presence of an active social-media footprint to be a good sign of an active business.

The technology platform of lender IOU Central pulls in data such as personal business credit information, business cash flow, social media rankings, and other information from various databases. It can even consider such factors as restaurants’ health score.

Me: Relying on weak indicators forces lenders to charge higher rates since they must compensate for the risk of unknowns. It also decreases the length of time that lenders can trust their borrowers to hold their money for.
————-
CNBC: Most alternative lenders offer shorter-term, higher-cost loans.

Many rely most heavily on an applicants’ submitted bank statements or other financial data.

Merchant cash-advance companies have been around for years, Breslow said, but they typically made up for sloppier underwriting by charging high rates.

Not so sure about this one. From the CNBC article: “The alternative-lending industry average for a six-month loan was 38 percent when On Deck started in 2007. Now, it’s 15 percent, and Breslow said it may come down further as this underwriting continues to improve.” I don’t believe this figure to be accurate. In 2007, commissions to sales agents were embedded into the cost of a deal. Meaning, if a small business signed for a 1.38 factor rate, the sales office would get up to .10 of it, reducing the funder’s return to 1.28. Additional closing fees could be added on top of it, but were not necessary. With a 15% deal, funders like On Deck Capital expect sales agents to upsell on their own to earn their commission. So 1.15 may be the base rate, but since there are no margins built in for the sales agents to earn a commission, the cost can be upsold to 1.25 or some other figure. It’s true that the cost has come down but it’s not practical to compare 38% to 15% since the latter number is not net of fees. I’m pointing this out to inform merchants about what to expect, but also so people don’t get the wrong idea about how much the price has changed over the years.

Read a story today that pretty much claims FICO is irrelevant in 2013: http://gigaom.com/2013/03/20/forget-fico-how-data-is-changing-the-rules-of-credit-and-underwriting/