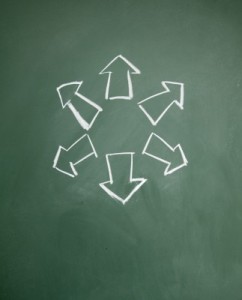 Everyone agrees that the Merchant Cash Advance (MCA) industry has grown substantially over the last few years. Our best calculations estimated that $600 million in MCA deals took place in 2010. Some believed that figure was too low, especially when Capital Access Network (CAN) projected they would fund $700 million all by themselves in 2012. Could CAN really be funding more alone than what the entire industry including them funded in 2010?

The debate starts there because they have put a large focus on their NewLogic subsidiary, a company that specializes in short term loans, not MCAs. And like NewLogic, much of the growth the industry experienced in the last few years has not been centered around split-funding purchases of credit card sales, but on the alternatives. We’ve made it a point in previous articles to point out the lack of consensus on what the product is being called now, especially since everyone is offering their own version of short term financing. We even went so far as to say that by 2015, the term MCA won’t even exist anymore. We may have exaggerated a bit, but after playing around with Google’s Trends tool, we realized that prediction was much more than a hunch.

If MCA has grown so much in the last few years, why is it that 38% more people searched for MCA on Google in December 2007 than they did in December 2012? Why is it that searches for MCA information peaked in February 2009 and never recovered? According to Google’s search data, nearly 50% fewer searches are being made for MCA today than there were three years ago.

Notice that MCA as a term did not really exist on the Internet prior to June 2007. We presented our estimate of when that term was coined in Before it was Mainstream. It first appeared in print in May 2005, but didn’t pick up traction until March, 2006 in private Internet forums. The first Merchant Cash Advance Internet blog began in July 2007, weeks before people began to first start searching for information about the term. It is very likely they were also trying find the blog itself.

So is Google’s data just plain wrong? Is something fishy? The only thing wrong is the belief that the MCA industry is just about MCAs. The creation of alternatives and the recent practice of private labeling have contributed to the decline of MCA.

Business Cash Advance takes a dive. Seriously, who calls it that anymore? Merchant Funding is on the way back up.

There were 500% more searches for small business loans in April 2004 than there were in December 2012.

So what does this all mean? We leave you to draw your own conclusions. 2007-2009 was a period of sudden mass awareness of MCA but there has never been as much money in the industry as there is now. There are experts that say business owners feel that the recession never ended, causing them to continue hunkering down instead of seeking financing to expand. There are insiders who will attribute this to the negative stigma the product had and the need to call it something else. We believe the most likely suspect though, is the fracturing of the MCA industry. It’s possible that people aren’t typing “small business loans” or “merchant cash advance” into Google because so many companies are promoting alternative financing options that people are looking for those specific products instead.

Whatever the answer is, it appears that alternative business financing has grown tremendously but the MCA term has not. Share your thoughts about this with us. We want to hear theories.