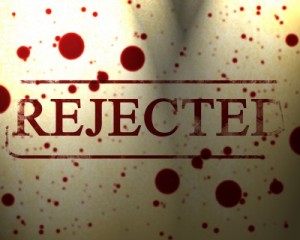 For about a month, we’ve discussed the merger negotiations between On Deck Capital and UK based lender, Wonga. It seems now that our quest to evaluate Wonga’s potential success in the US was all for naught. BusinessWeek reported yesterday that the deal is off after a price disagreement. The only figure known to us is the amount originally publicized in November at $250 million. We hope our readers realize that we made a lot of fuss about this merger because it was said to be in an advanced stage months ago.

With the deal dead, it has become evident that something was gained by all of this, and that is the valuable insight from Merchant Cash Advance (MCA) veterans on a range of topics. LinkedIn lit up like a light bulb when it came to debating UK lending practices and algorithmic underwriting. Below are a few snippets from the conversation:

There are significant cultural and other differences between MCA and small business lending in the UK and the US that work against a purely algorithmic MCA underwriting model in the US. In the UK, most small businesses have been established or owned for generations – or longer. Imagine underwriting a pub that has been in existence for 200 years, or a bucolic inn in the Scottish highlands that has been owned by the same family for over 100 years. The entrepreneurial culture in the US where anyone who needs a job starts a small business – and applies for a cash advance – doesn’t exist in the UK.

The rates MCA companies charge is less of an issue in the UK, there is more alternative finance that is generally accepted and rates are not objected to, which is probably why Wonga doesn’t have an issue with the rates they charge, and when borrowers don’t have a problem with the rate they are less likely to feel entitled to default. Also borrowers don’t move as much in the UK and tend to be much more stable in their communities and banking relationships which is correlative to default in the US. Lastly we saw very little fraud in the UK, which is a significant underwriting issue in the US. It will be interesting to see if this deal gets done and what Wonga might do in the US market with their business intelligence, but it may not be as easy as they think.

Our company uses a algorithm to help with our underwriting practices, but there is something to be said about the personal touch when it comes to merchant cash advance space.

After several years of researching the U.K. marketplace and preparing for significant differences—including no UCC filings–what I found were striking similarities. These included resistance to higher (than bank) fees, switching processors, mistrust of terms or the agreement (sale and purchase of future credit card receipts), difficulty recruiting referral partners or ISO s, etc. There were, however, two very important differences between the U.S. and European business models. The first, as J. Brown points out, is cultural. The European attitude toward debt assumption and repayment is more “responsible” than it is in the U.S. Many Pubs and Inns in the U.K. have been in the family for generations. Additionally, there are over 10,000 India restaurants in the U.K. most are run by hard working families. These are considered “honorable” professions and defaulting on an obligation is not “proper.” The second is product distribution and monitoring the performance of the distribution channels. In the U.K. distribution channels were “business referral partners.”

Automation and the proper utilization of technology is certainly the backbone to having a viable and more importantly scalable lending business. I do have however disagree that algorithms and data can completely eliminate the review of a file by a human brain. The ability to ascertain the credit worthiness, borrowing ability and most importantly likelihood of repayment of a business differs vastly from the consumer finance space.

Credit goes to J. Brown, F. Capozza, M. Landau, H. Francis, and everyone else for excellent input on these subjects.