A New York City marshal at the center of a controversial Bloomberg News story series last year about “predatory lending,” has resigned after a city probe, the City of New York announced.

Marshal Vadim Barbarovich was allegedly a prolific enforcer of New York judgments obtained by confession. After irregularities were discovered by the Department of Investigation with how he served levies, the City of New York formally levied penalties of their own against him that include a return of fees and poundage earned from 92 improperly served levies, his resignation, and a $300,000 fine.

The City agreed to suspend the full amount of the monetary fine provided he complies with an orderly wind-down of his business by March 20th. Barbarovich, in a twisted circumstance of irony, had to guarantee full immediate payment in the instance he did not comply…by signing a Confession of Judgment. 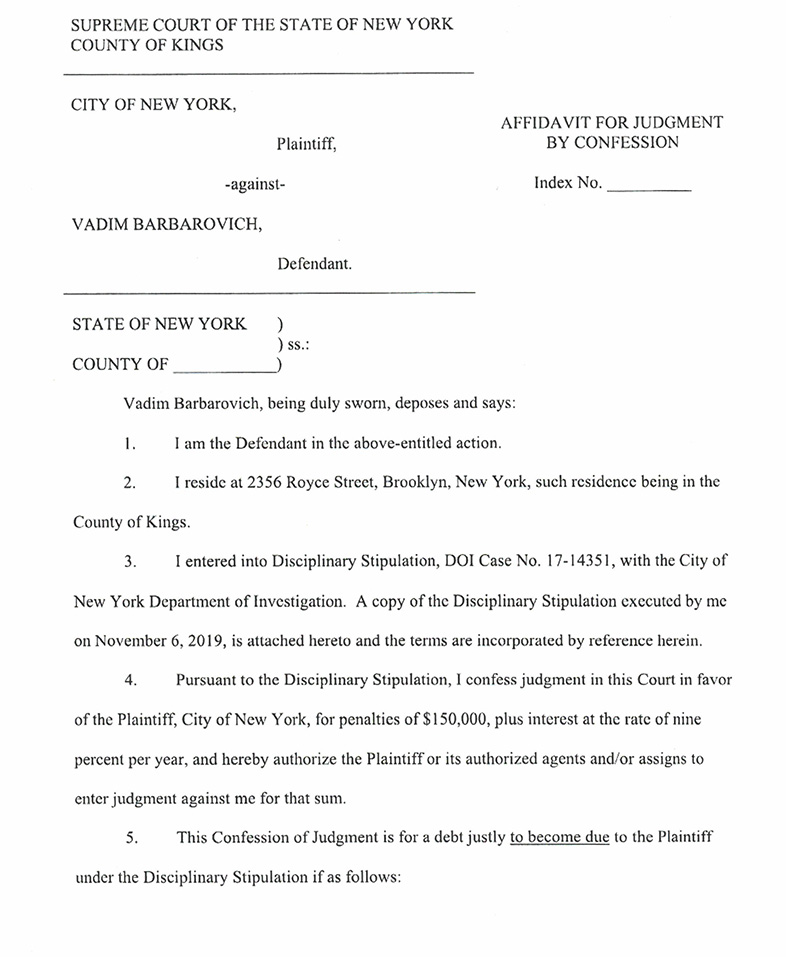 The investigation into Barbarovich began in May 2018, 4 months before Bloomberg News published their story, details published by the City reveal.