How To Scale Your Broker Shop 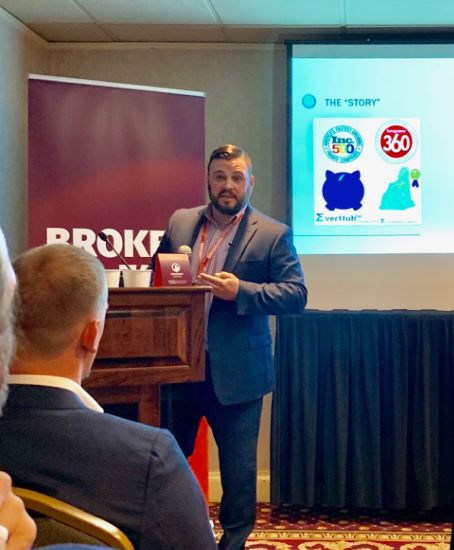 Above: Will Murphy, Everlasting Capital

When it comes to hiring, it’s quality over quantity. That’s what the co-founders of Everlasting Capital Josh Feinberg and Will Murphy told a packed room at deBanked’s Broker Fair last week. They presented a panel called “How to Scale Your Broker Shop,” where they shared tips on how to do just that.

“We wanted to scale so badly and throw bodies in seats,” Murphy said.

And that’s what they did until they realized that they were doing just as much volume when they had fewer people.

CEO of National Funding Dave Gilbert, who spoke on a different panel at Broker Fair, said that he’s a fan of small brokers. He later explained to deBanked that when brokers get too big, they can get stuck with legacy staff. Instead, he said that when they stay lean and spend money on high quality salespeople, they can be much more effective with five or fewer people than with 10.

“It’s not the amount of bodies in the office, it’s the processes you have in place,” Murphy said.

Processes like hiring, training employees and organizing data, which they said should be as simple as possible. Bigger isn’t better and perfect isn’t realistic, they conveyed.

Instead, he said to think about five elements when trying to scale a brokerage shop:

Everlasting Capital, which now has 19 people on staff and is based in New Hampshire, facilitates MCA funding and equipment financing.

On Diversification: Acknowledging that MCAs have an uncertain future, Feinberg said it’s important to diversify. He said that three years ago they were doing exclusively MCA deals and now they do 50% MCA and 50% equipment financing.

On social media marketing: “Be consistent. It’s not about the likes. It’s about [good] content and consistency,” Murphy said.

On broker performance: Brokers are given a six month training program at Everlasting Capital. After the six month period, they’re expected to fund four deals a month.

They also said it’s important to make friends with people in the industry.