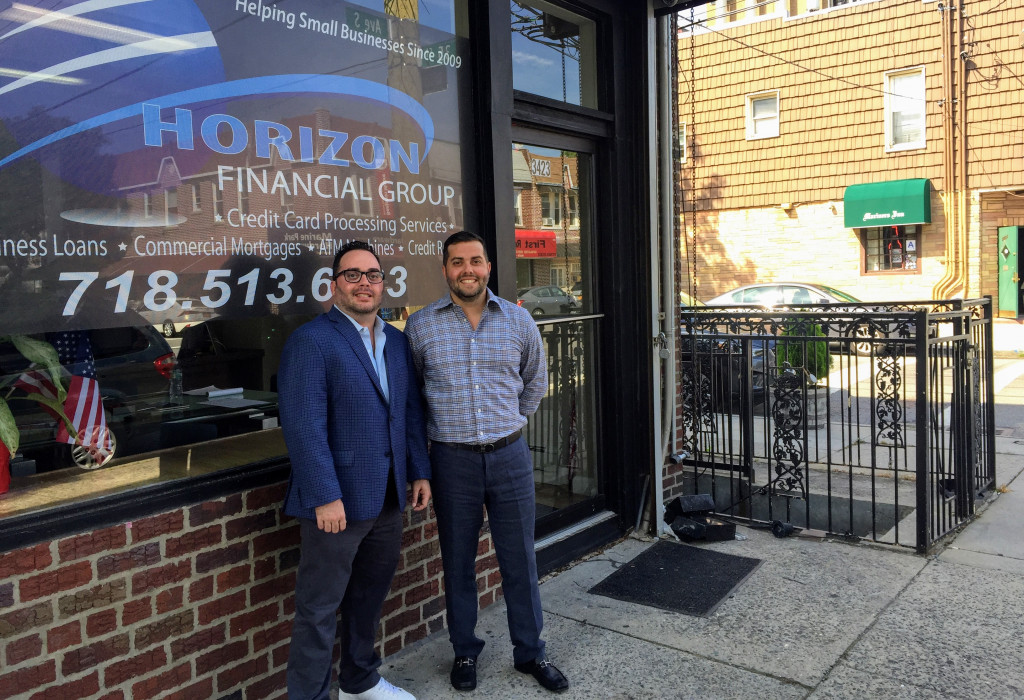 Envision a giant office filled with rows of commercial finance brokers on the phone, aggressively selling deals to faceless small town merchants. Then step into the office of Horizon Financial Group and meet brothers and business partners James and John Celifarco. The contrast could not be more striking.

The most dramatic difference between their office and that of almost every other broker, or ISO, is that you enter the office from the sidewalk. There’s no lobby and no elevator. It’s just the two brothers (plus one salesperson and one assistant) working on the other side of a glass storefront window. 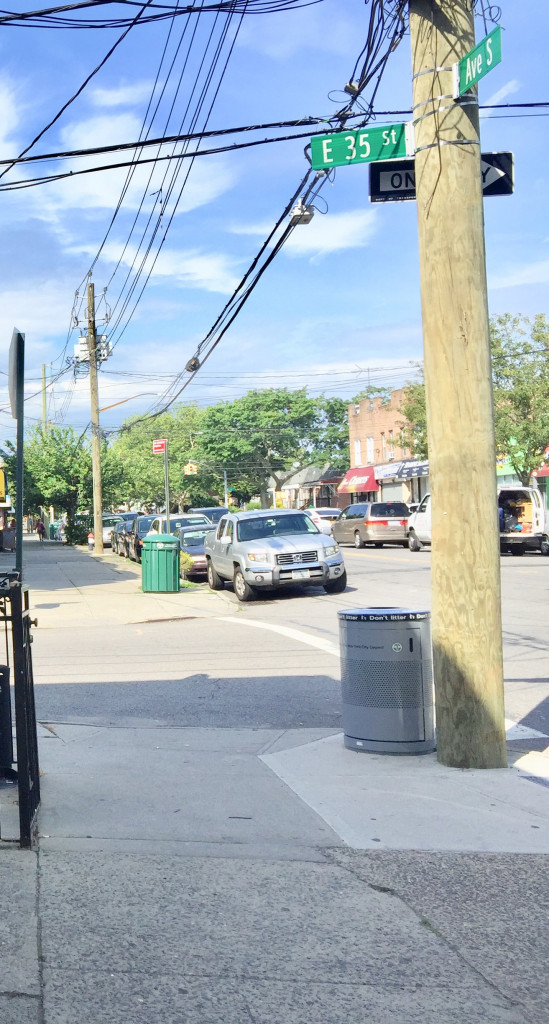 The store isn’t on Madison Avenue or Rodeo Drive. It’s on a modest, roughly three-block commercial strip on Avenue S in a working class section of Brooklyn called Marine Park. There’s a deli, a pizzeria, a barbershop, a pet grooming store and a bunch of other stores that you’re likely to find on Main Street, U.S.A. In other words, Horizon Financial Group’s neighbors are the exact kind of small business owners they seek as customers. And since they opened up shop on this quaint stretch at the end of October, many of their store owner neighbors have already become customers.

“It’s a different relationship with the customer,” James said of their neighborhood clients.  “You’re not on the phone. You’re face to face with these people. You’re meeting them, you’re shaking their hands, you’re getting to know them personally, which helps with the longevity of the relationship itself.”

Sitting at the glass conference table by their storefront window, James, 34, and John, 37, counted up to six clients by simply pointing out the window at other small stores across the street. Horizon Financial Group is an ISO that brokers working capital deals and does credit card processing, equipment leasing, ATM machines and commercial mortgages. (James has his New York real estate license, so he can also help local store owners buy or sell a house.) The brothers said that about 40 percent of their business is facilitating deals brought to them by other ISOs, another 40 percent comes from merchants that they find directly, and about 20 percent comes from these local customers they’ve developed from having a physical presence in the neighborhood.

“Obviously you can’t build an entire business on just these two streets,” John said, “but it’s extra business that we wouldn’t have had if we weren’t here. And when we came here, we stopped thinking ‘Who are we going to buy leads from?’ and started thinking more outside of the box.”

An example of this was their decision to approach the Brooklyn Chamber of Commerce where they are now one of the chamber’s preferred vendors, which brings them business from the entire borough.

James said they’ve made contributions to the local little league and kids football, and whenever a new store opens in the area, they introduce themselves and explain what they do. It also doesn’t hurt that they grew up in Marine Park, so they already know the town pretty well. James recognized someone on the sidewalk and ran outside to say hi. It was someone who used to be a next door neighbor. There is a truly old-fashion sense of community on Avenue S.

“I ACTUALLY GOT TO SEE THE PIECE OF EQUIPMENT I HELPED FINANCE.”

“I buy my pizza from [the pizza store owner] and he does his credit card processing with us,” James said. “When the dry cleaner needed equipment, we got them capital, and I actually got to see the piece of equipment I helped finance. That almost never happens.” 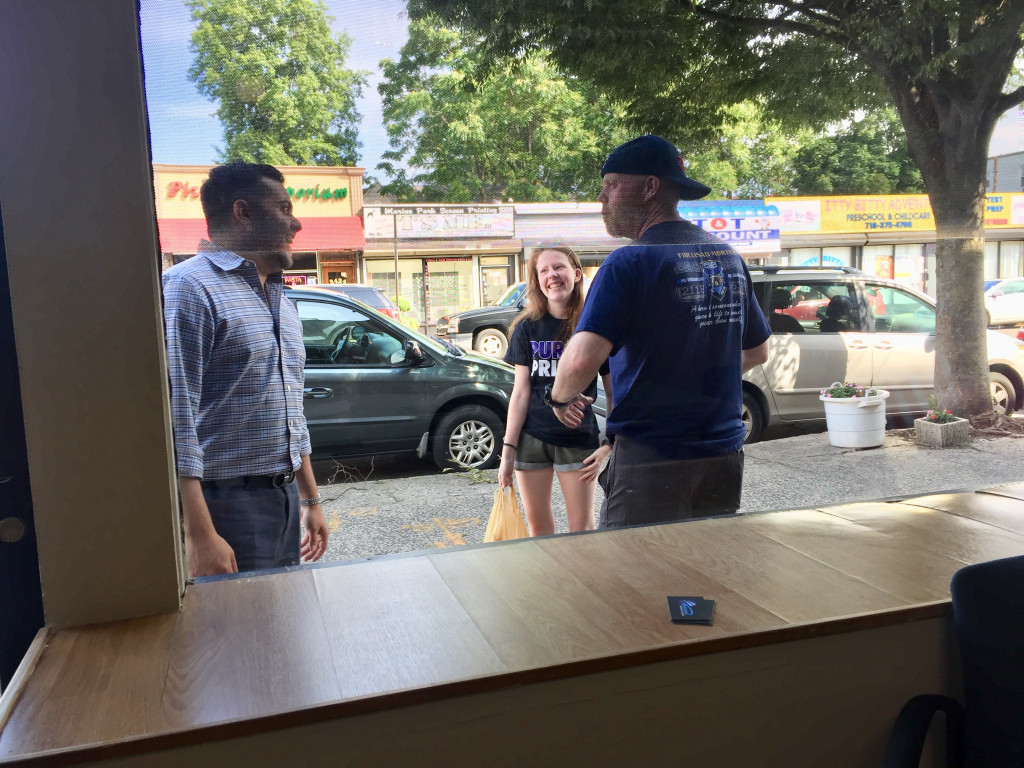 Because there is no building guard or front desk person, customers can stop by whenever they like. As if in a sitcom, a man walked into the store saying to the brothers, “Don’t be mad at me.” It was a customer, the owner of a local paint store. “It’s not completely my fault, but I broke the phone swiper on the job.”

Reassuringly, John told him to come to his desk and he helped the customer with a replacement for a piece of credit card processing equipment.

The brothers have each been working in the small business financing industry independently for more than a decade. James established Horizon Financial Group by himself in 2009 while John was working for a different company in the credit card processing and MCA space. John joined James at Horizon Financial Group in September 2017.

John said he prefers co-leading Horizon Financial Group, itself a small business, to running a larger operation in Manhattan.

“Compared to somebody in the city with a huge rent and a huge payroll, I don’t need to do the same numbers he’s doing to end up making the same amount of money.”

John also noted that he doesn’t have to sit on a train for an hour and a half because he lives just six blocks away from the storefront office.

Running a small business is familiar to the Celifarcos. Horizon Financial Group gets its name from Horizons Dance Center, a successful Brooklyn dance school founded by James and John’s mother. It has been in business for 46 years and is still going strong.

James lives a short drive away in Rockaway with his wife and daughter. On running a small business like Horizon Financial Group, James said: “It’s also about quality of life. You don’t need to work 7 to 7. I can be on the beach with my daughter. It’s really a different approach.”