The top ten merchant cash advance companies ranked on a review website must have earned their placements due to actual reviews, right? Not so, say rival online marketers who’ve claimed sites such as topcreditcardprocessors.com are really just part of an elaborate paid lead generation scam.

Mark Jackson, a blogger and marketer, had alleged that a website known as TopSEOs.com had been using deceptive practices for years. Three weeks ago a former employee of TopSEOs.com emailed Jackson to offer damning information that his suspicions had been right. That included a list of 15 other websites related to TopSEOs.com that were running similar review schemes. All are apparently owned by an individual named Jeev Trika.

While I don’t know Trika or if the allegations are true, I do know from what Jackson wrote is that he forwarded the email chain and the website list to Google’s director of web spam, Matt Cutts. That included topcreditcardprocessors.com

In recent years, Google has taken aggressive action to de-rank and de-list sites engaged in bad behavior from their search index. One example of bad behavior is a site that provides a poor user experience. Deceiving users into believing that businesses had been reviewed and ranked accordingly is deceptive if the true model is just about who pays the most to get ranked the best.

In New York State, fake reviews can be a criminal offense. Just ask the 19 companies that were ensnared in a deceptive review sting last year, causing them to be hit with $350,000 in penalties.

In addition to credit card processors, topcreditcardprocessors.com also ranked merchant cash advance companies. What’s rough is that all of the websites Jackson submitted to Cutts have been de-listed from Google’s search index, indicating that Google likely concluded those domains violated their Terms of Service. 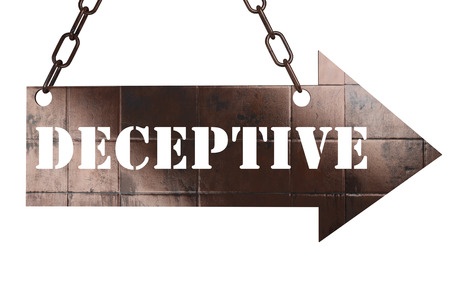 Jackson pointed out that Trika, the mastermind behind it all, was already taking measures to get back up and running in Google’s search index by moving from TopSEOs.com to TopSEOsGlobal.com. Similarly, topcreditcardprocessors.com has already moved their content to topcreditcardprocessorsglobal.com. All their first page search rankings have been lost for now so that probably means fewer leads for many companies over the next few weeks.

Of course there are a few similar websites to topcreditcardprocessors.com that purport to review merchant cash advance companies. The risk if they’re shut down is not just a loss of leads but a potential loss of trust by search engines for anyone that paid to appear on them. Google treats sites participating in link manipulation schemes unfavorably and has expanded the scope of how these schemes are defined a lot in the last twelve months.

@financeguy74 I like the full-size Penguin in the doorway–I think we have one of those!

Unless you’ve been in a coma, Google’s Penguin algorithm specifically targets websites engaged in link schemes. It’s uncertain if paid links on review sites like these would be covered under Penguin, but Penguin’s 3rd major run is expected to roll out any day now.

Google’s director of web spam has a good sense of humor when it comes to Penguin jokes, but Cutts is known to be absolutely ruthless when he discovers actual terms of service violators in their index. Back in December, Cutts articulated that he wanted to break their spirits. As quoted on Search Engine Land, he said:

if you really want to stop spam, it is a little bit mean, but what you want to do, is sort of break their spirits. There are lots of Google algorithms specifically designed to frustrate spammers. Some of the things we do is give people a hint their site will drop and then a week or two later, their site actually does drop. So they get a little bit more frustrated.

Just emailing Cutts evidence of manipulation is enough to put offending sites out of business or at least out of reach from Google searchers. That is what Mark Jackson appears to have accomplished by forwarding an email chain referencing TopSEOs.com and other sites.

A screenshot of the home page of what is now topcreditcardprocessorsglobal.com below: 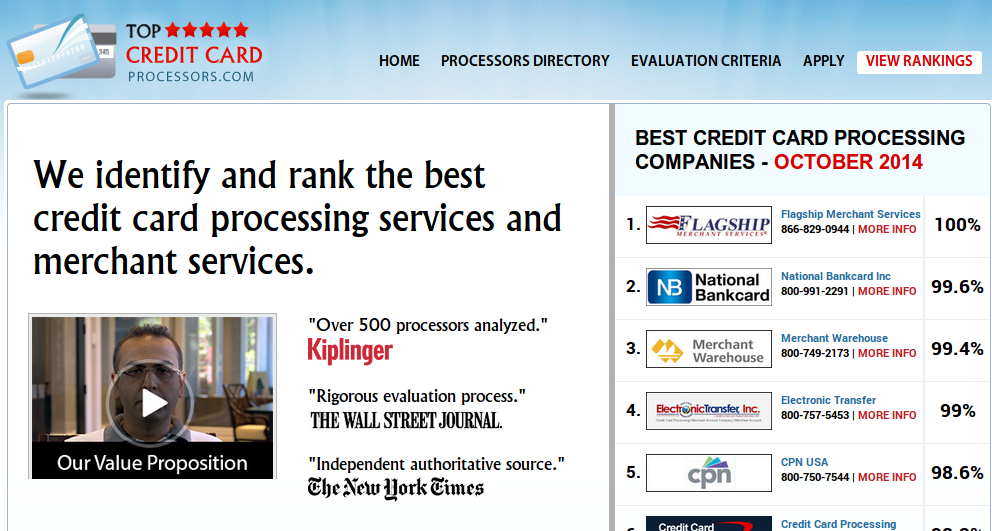 Review sites might be one way companies are generating leads online now, but check out some of my historical coverage regarding the war for Internet leads in this space:

Six Signs Alternative Lending is Rigged: Do Lending Club and OnDeck have a helping hand?

Your merchant cash advance press release may be hurting you

Is Google your only web strategy?

The SEO War for Merchant Cash Advance: The first story on this topic