The SEO war rages on for Merchant Cash Advance providers, ISOs, micro lenders, and other financing firms, but just how much real estate is everyone really fighting over? According to data recently provided in The Green Sheet by First Annapolis Consulting, only 7% of all merchant account leads are generated via the Internet. So if your business plan’s success hinges on getting to page 1 of Google search, you might be shutting yourself out from nearly the entire marketplace. Don’t get us wrong, there’s a lot of money to be made and business to be acquired via the Internet, but even the big firms get roughed up from time to time by competition, new algorithms, and SEO companies that promise the world but deliver few results.

So if not the Internet, then what else is there besides cold calling? That’s a question that tons of small ISOs ask themselves when they realize that competing online isn’t easy. It just so happens that the “what else” comprises of 85% of all generated leads in the payments industry. More than 50% are derived from bank referrals and associations alone.

Has anyone ever wondered why companies like AdvanceMe (Capital Access Network) are still number one in the Merchant Cash Advance arena? They’ve managed to defy Darwin’s theory of evolution. In every industry, there is a pioneer that leads the way, gets too comfortable, stops innovating, and is systematically made irrelevant by fresh thinking competition. There was MySpace until there was Facebook. There was Yahoo until there was Google. There was AOL until…there was just everything else.

So one would expect that in 2012, the mere mention of AdvanceMe would be part of a requiem for the founding fathers of the Merchant Cash Advance industry. That isn’t the case and is quite the opposite considering they are on pace to fund at least $700 million this year. So they must be #1 on Google, right? Nope. For all of the main keywords that people are fighting over, they rarely if ever, even show up on the first page of the results. 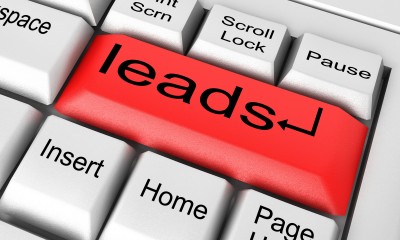 Chances are a lot of their clients never even bothered to search online for financing, or if they did, it was just to get a second opinion. Once they saw that full page advertisement in the merchant account statement their processor mails them every month, they probably just called the phone number listed on there, went through the steps, and got funded. AdvanceMe and other players have some pretty badass referral connections.

All the sales pitches in the world about lower rates and free POS systems aren’t going to compete with a merchant who has just been given a referral by a company they already have a relationship with. Hell, even you have probably enlisted an insurance company, wedding vendor, or mortgage broker because someone you trusted said they were great.

This isn’t another lecture about how referrals are crazy good and that cold calling is wicked bad, especially since we don’t even necessarily feel that way. The point is really to highlight just how much more potential there is out there for small funders and ISOs. You can actually be successful with a sucky website and no SEO if you can just solidify some key relationships.

If you want to be around 14 years later, you can’t ignore the other 93% of the market. The volume of Internet leads will probably increase in the future as more computer savvy people become small business owners. But it’s way too easy to set up a website, hire an SEO guy, and throw money at Pay-Per-Click. Anyone can do it and everyone is doing it. That means most companies are losing the battle and tons of you are saying “what else is there?” Fortunately, the lead generation pie chart offers unlimited hope. You just need to think bigger and try harder.

If the other categories seem too ambitious, well then you’ll never make it in this biz kid…