There’s a lot of players at the alternative lending table but there are two that have won a string of lucky hands to put them on top. Neither were the first to draw cards, nor do either of them offer something that everybody else does not. These two lenders have something in common of course, special favor with the Internet gods. Is the game rigged?

A scene from Lock, Stock and Two Smoking Barrels in 1998

OnDeck Capital is the most celebrated alternative business lender of our time. Their daily repayment loans and fast approval times are a hit with customers. In fact, as told in their recent securitization prospectus, OnDeck has been eroding its reliance on brokers and third parties to accommodate growth through their direct channel. Direct has been good for OnDeck, very good.

LendingClub on the other hand is the big dog in consumer lending, having funded more than $5 billion since inception. Every month they shatter the previous record for volume of loans funded and they’re expected to go public within the next year. LendingClub continues to pound their distant rival Prosper in monthly loan production. Are they just better at marketing?

Curiously I can’t help but notice they have something in common, they’re both owned by Google. Google Ventures led OnDeck Capital’s series D round and Google Ventures’ Karim Faris sits on OnDeck’s board of directors. Similarly, Google owns a minority stake in LendingClub.

While neither is outright owned or controlled, It’d be surprising if Google didn’t do something to foster the success of their investments. What could a billion dollar Internet giant possibly do to give them a little push?

Stop backlinking and SEO. The game is rigged 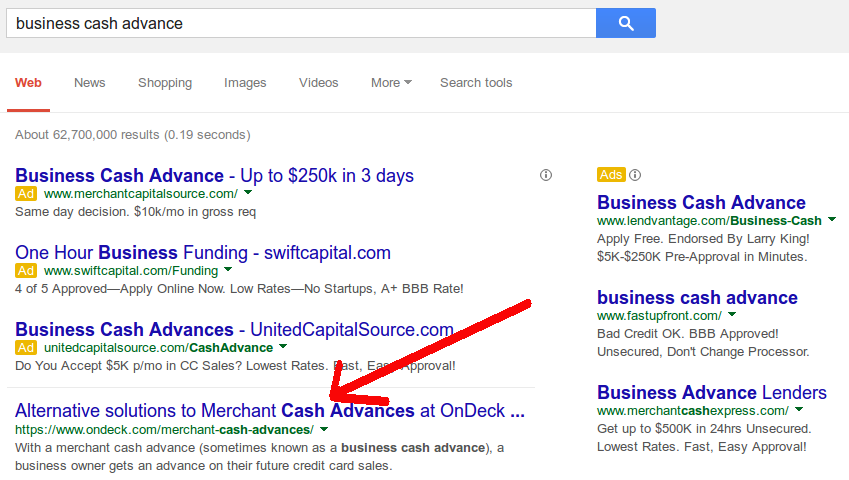 OnDeck Capital is ranked #1 in search for business cash advance, a product they absolutely deny having anything to do with. Doesn’t it seem odd that Google’s search results would put a page offering an alternative to what the searcher is actually looking for as the #1 result? 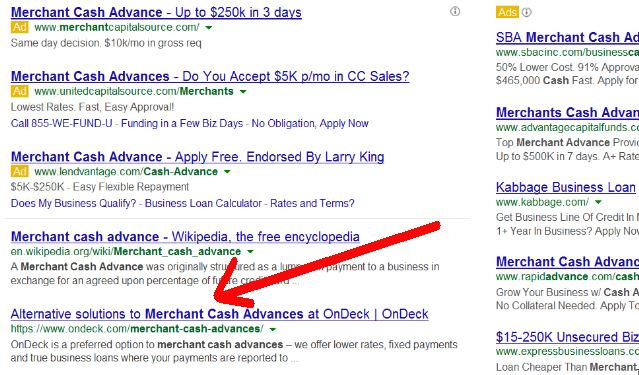 OnDeck is ranked #2 behind wikipedia for merchant cash advance, a variation of business cash advance, of which they deny offering or being similar to. The OnDeck page description basically tells the searcher they looked for the wrong thing because OnDeck is really the preferred option. As the first commercial result, it sure makes an impact. 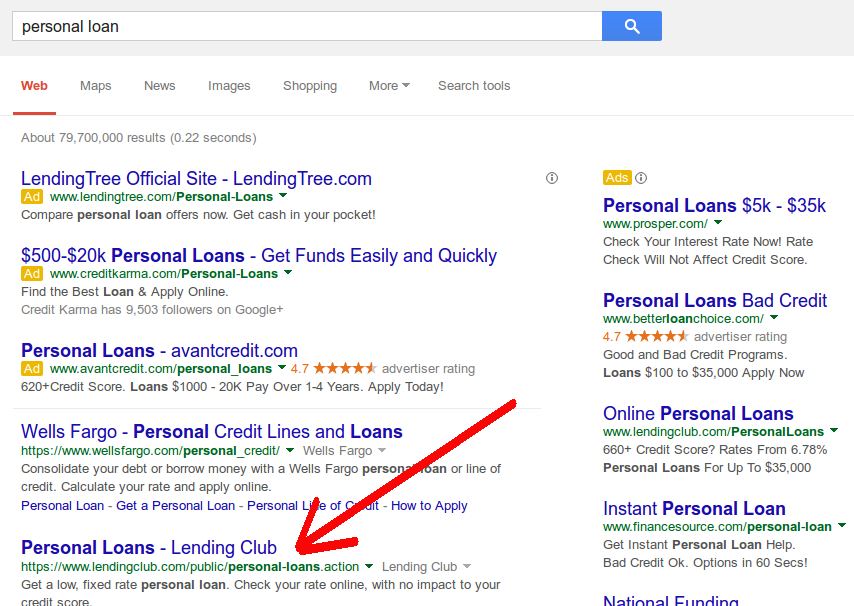 LendingClub is ranked #2 for personal loan behind Wells Fargo. That’s a pretty good place to be. 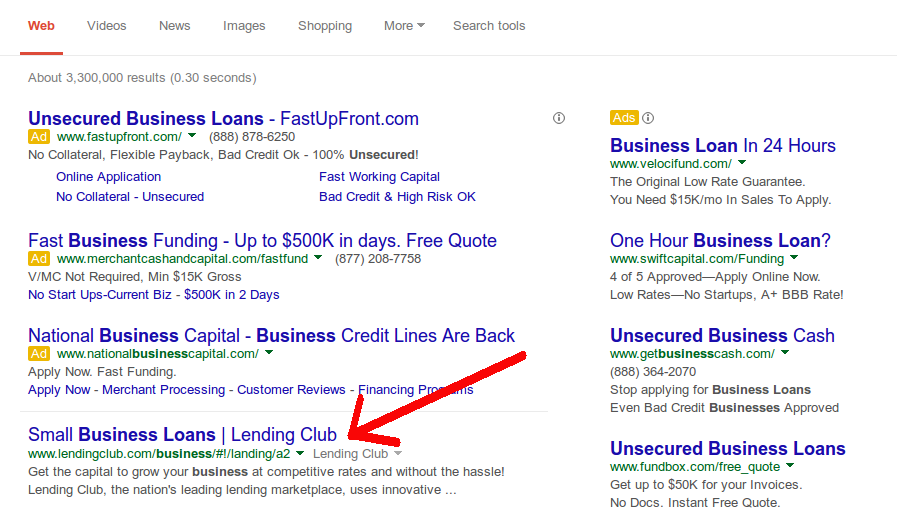 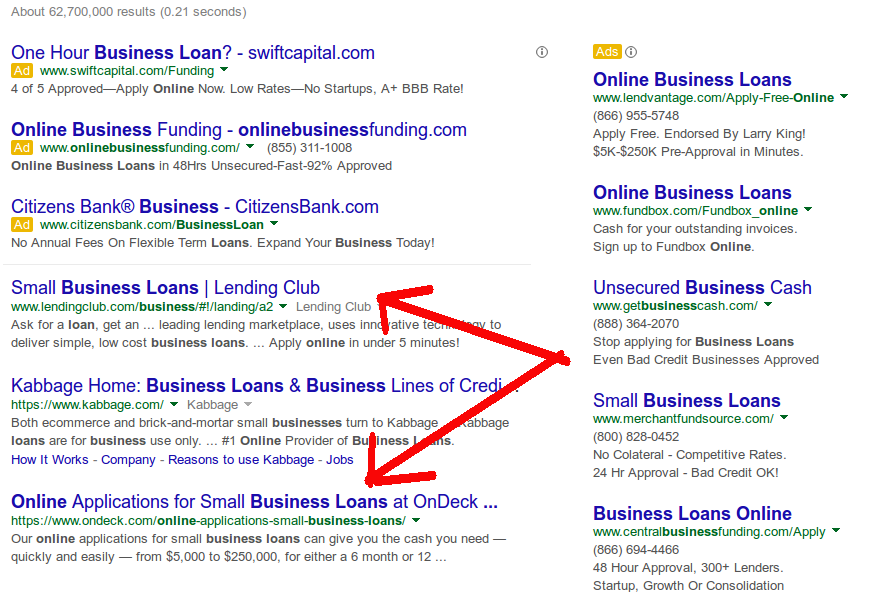 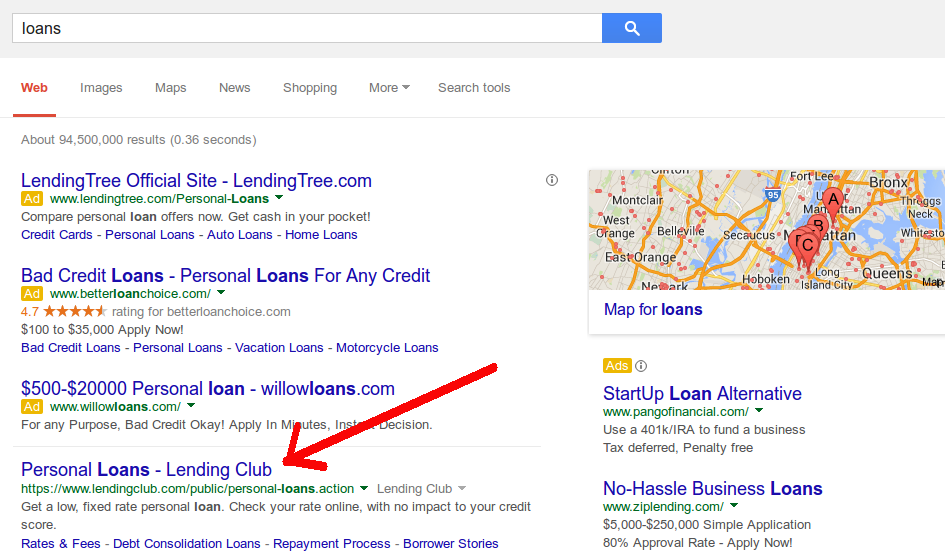 If you reproduce a search for the same keywords, you should know that results vary depending on what kind of device you’re using (mobile vs. desktop), what zip code you’re in, what time of the day it is, whether or not you’re logged into Gmail/Google+/Youtube, and whether you’ve searched for related topics before. I performed my searches with a fresh desktop browser on a Sunday evening in NYC with all cookies, cache, and Google account sessions wiped clean. 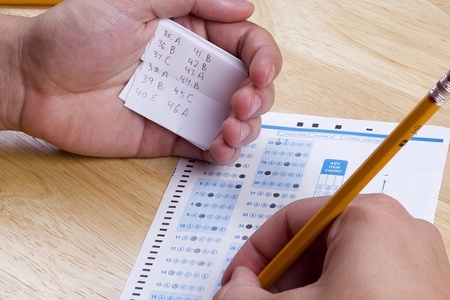 You might not get exactly what I get and I realize that obfuscates the conspiracy I’m trying to establish here. If you do witness peculiar keyword domination though, keep an open mind that there might be more going on than good SEO and strong natural backlinking brought on by mainstream media publicity. Plenty of big businesses that dominate offline fail to rank well in the top ten results online.

Search engines say that if you’re popular, you’ll rank well. But there are plenty of cases where ranking well has made businesses popular.