In the last few weeks, Google dropped a nuclear bomb on the SEO battlefield. Some of you may have noticed but no one really wants to talk about it. Who would want to publicize the fact that their website has plummeted from page 1 to page 25 after investing tens or hundreds of thousands of dollars a year to rank on page 1 for a hot keyword? To be the one holding the bag when the bubble bursts has obvious economical consequences but can also be emotionally damaging. So what happened?

In March, Google de-indexed and banned some of the major subscription-based blog networks and effectively wiped out thousands of backlinks for companies throughout the world. Many in the MCA space have secretly been using these networks to compliment their SEO strategy or worse, be the focal point of it. Blog networks such as BuildMyRank (which has been completely shut down) allowed their subscribers to submit up to ten articles per day. These articles are usually a minimum of 150 words and contain at least 1 link pointing to the subscriber’s website. At the rate of 10 articles per day, a company could build at least 300 highly contextual backlinks per month and easily jump in search results over the competition.

We could write 5 articles today with no problem but task us with 300 and we’ll run out of content after 20 and be mentally exhausted after 50. The quality of the content would likely suffer and there would eventually be a point where it was even too cumbersome to produce gibberish. Some of you may think the article you’re reading now is gibberish. 😉

And so the subscription fees were compounded by the cost of hiring writers internally or outsourcing the work. But when everyone in the industry was doing the same thing, the stakes were upped and MCA companies were forced to use new methods. One blog network subscription turned into four and paying for links and issuing PRWeb press releases became the cost of staying competitive, rather than being the recipe to rank the highest. The subscriptions, the labor, the link purchases, online releases, and other costs to stay visible on the Internet have become increasingly material line items on P&Ls in effort to get to Page 1.

But being listed on page 1 doesn’t guarantee clicks or conversions. In fact, if you’re not in the top 3 for a particular keyword there’s a good chance you won’t experience any clicks at all. According to a study performed by Slingshot SEO, humans just don’t like clicking anything but what’s on top.

While some of the MCA companies that relied heavily on the defunct blog networks have practically disappeared from the search results altogether, those that used them in moderation have fallen out of the top 3. Going from position 1 on page 1 to position 5 on page 1 can be practically the same as going out of business. 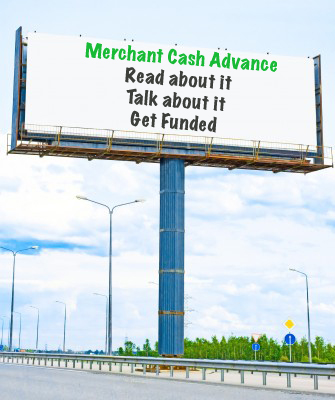 Internet marketing became exponentially popular in the MCA space just in the last twelve months mainly due to the seemingly low cost and reported success by online lead generation companies. For small to mid-sized ISOs, spending $100 on a website with Godaddy and trying to get the site ranked organically just seems so much easier and cost effective than surrendering to the expenses of hiring telemarketers, renting office space, running mailer campaigns, billboards, radio/tv ads, hiring multiple salespeople, and buying leads.

But diversifying your marketing strategy is key. Buy quality leads, mix it up with mailers or calls, or go door to door. Just don’t put all your eggs in one basket. As many companies learned in the last few weeks and more will learn in the ones upcoming as all the SEO penalties finally set in, Google runs the show. They can change their algorithm at any time and there’s nothing anyone can do about it. If you’re going to spend a million dollars for a Times Square billboard, make sure there’s no clause that allows them to move it to the middle of the Pacific Ocean. If you hadn’t figured out why your website is generating less leads lately, we’re sorry to be the bearer of bad news. Your billboard was lost at sea.