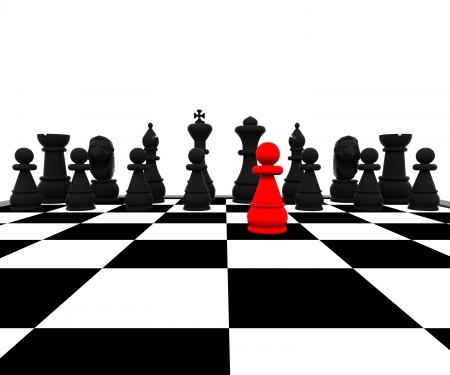 As highlighted in BusinessWeek, Lending Club has finally entered the small business lending market. Some of you might say, “bahh… so what!” but you should be paying attention. Lending Club recently got a valuation of $1.55 billion when Google bought a piece of them back in May. To put that in perspective, that’s about 15x the enterprise valuation that RapidAdvance got in its acquisition by Rockbridge Growth Equity. A monster has entered the ring and it doesn’t matter if it’s peer-to-peer lending, because they’re targeting the same market. What Lending Club does isn’t much different than what the typical merchant cash advance industry does these days anyway. Both thrive on syndication, though one relies on a handful of partners and the other relies on tens of thousands of partners. Both are bank loan alternatives and both can get you funded within days.

Back in 2009, the only short term financing opportunities small businesses had was merchant cash advance. There really wasn’t anything else. There were banks or there was merchant cash advance… and banks weren’t lending. Now there’s a whole spectrum of bank loan alternatives and to say that they operate in markets that don’t compete with each other is crazy.

The market is all over the place with pricing and structures. Factors range from 1.09s to 1.50s. Deal terms range from 6 weeks to 24 months. For those already annoyed that there has been downward pressure on rates for high quality clients because of what it has done to margins, you may have more to worry about with Lending Club.

I’ve personally referred consumer loan deals for a commission to Lending Club in the past and they went pretty smoothly. They said if they approve a loan, it will basically fund within days. They don’t have any worry about approved loans not raising enough capital to be funded from syndicates/investors/participants. They said almost every approved loan funds. They also charge between 6.5% and 29.99% APR and make loans with terms of 3-5 years. Try competing against that.

Now I don’t know what repayment time frame will be offered on their business loans, but I do know that they’re used to making loans for very low interest over a much longer term than a merchant cash advance company. Something tells me that they won’t stray too far from that and they’re going to disrupt the market (the premium market anyway) on price and time frame more than a few other companies already have.

Granted, I will admit that Lending Club on the consumer side generally only approved applicants with higher than 680 FICO and a low debt-to-income ratio and I don’t think they’ll change that. That means they won’t be a competitor initially for a large chunk of the market. Lending Club will probably butt heads with On Deck Capital, NewLogic Business Loans, and all the premium 12 month programs floating around out there.

Being owned by Google also can’t hurt. Lending Club is typically ranked at or near the top of the 1st page for the search query, “unsecured business loans.” Coincidence?

Get ready for Lending Club. They won’t be the last billion dollar plus company to throw their hat in the ring.

—
Note 1: An edit was made to correct Rapid’s valuation as an enterprise valuation, which one insider noted can be substantially different than a raw equity valuation. That makes Lending Club likely a lot more valuable in comparison.

Note 2: I initially reported that Lending Club owned Dealstruck.com. This is not correct. Dealstruck.com has previously been reported to be the Lending Club of the small business space in the characteristic way of how they structure deals, but they are not actually part of Lending Club. Thanks to Darrin Ginsberg of Super G Funding for pointing out my mistake.