How Kabbage is building a social media marketing empire

Take a look at what Kabbage has cooked up: 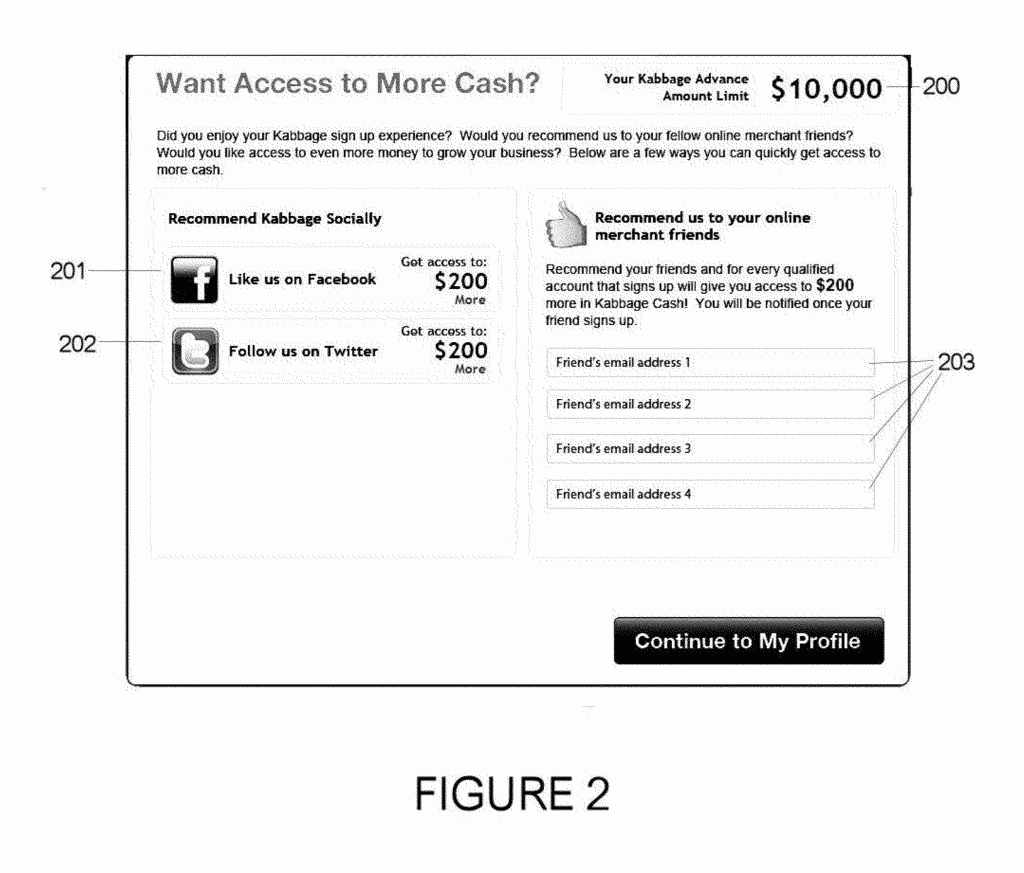 Like Kabbage on twitter or Facebook and your approval amount gets extended automatically. This helps Kabbage accomplish two goals:
1. Spread awareness about their brand to the followers of the people Liking and following them.
2. Identify the public social media accounts the business is using so it can monitor what they’re doing. 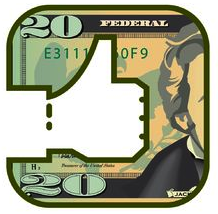 You can learn about how Kabbage feels about businesses that aren’t using social media in the patent’s summary. Under Description, Section 2:

Social networking is growing at an exponential rate and businesses that are not exploiting social networking sites such as FACEBOOK and LINKEDIN are considered falling behind the times.

So why is this a patentable invention? A merchant’s approval amount is increased automatically by an algorithm that checks to see if a merchant performed the action of Liking or Following. So if you think that’s a great idea and want to do something similar, you’re a bit late. Better Call Saul… I mean Kabbage to license the use of such technology. It works as such:

The above aspects can be obtained by a system that includes (a) approving, by a cash provider, a user for a cash line wherein the user is permitted to receive cash up to the cash line; (b) causing an offer to be displayed on an electronic output device associated with a user’s computer, the offer being to increase the cash line when the user takes a particular action comprising associating the user’s social networking account with the cash provider; (c) determining that the user has taken the particular action; and (d) automatically increasing the cash line.

The term merchant cash advance is explicitly used twice in the patent but it also goes to cover any kind credit line or loan being program. This is actually an incredible patent to be in possession of because it’s such a great idea. Imagine telling a merchant approved for 5k, that they will get an extra $200 just for following you on twitter and another $200 just for liking you on facebook. It may not seem like much on a $250,000 deal but Kabbage does a lot of smaller sized advances where the $400 combined approval bump is a sweet incentive for merchants.

Marketing in this industry is expensive and this is one of the more innovative models I’ve seen.