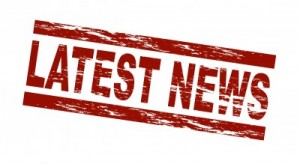 In case you missed some of the big headlines in this last week, below is a summary:

Forbes changed its tune on MCA after five years
It took only a handful of journalists to set the Merchant Cash Advance industry’s momentum back YEARS. One of those journalists was Maureen Farrell, a previous writer for Forbes. Her story on January 31, 2008, titled Look Who’s Making Coin Off The Credit Crisis mercilessly labeled Merchant Cash Advance providers as blood sucking vampires borne out of the Great Recession. Sensational headlines attract attention and Farrell did her job well. But for someone whose background is Art History, English, and Journalism, she may not have been in the best position to make a qualified assessment of such a unique method of alternative finance. It’s unfortunate then that Forbes ran the story since it no doubt impacted public opinion in a negative manner for years.

That’s why it was so refreshing to see ‘Money, Money’ — How Alternative Lending Could Increase Your Company’s Revenue in 2013. Published by Cheryl Conner, she wastes no time in pointing out Farrell’s prior coverage as one of personal opinion and skepticism. Merchant Cash and Capital’s CEO, Stephen Sheinbaum was instrumental in Conner’s fresh assessment of the industry.
Read the new article on Forbes…

Deals being stretched out over 15 to 24 months may not be a step in the right direction
At least that’s the take of RapidAdvance’s CEO Jeremy Brown. In his latest post on DailyFunder Brown argued permanent capital solutions do not fit working capital needs.
Read his post…

Major executive shake-up occurs at Capital Access Network
Capital Access Network, the parent company of AdvanceMe, CapTap, and NewLogic recently let go of several top executives. Before official announcements were made, word had already leaked out and was being discussed on DailyFunder.
Read the discussion…

Merchant Cash Group announced the winner of their NCAA March Madness contest
NCAA basketball took us for a wild ride this year, but Merchant Cash Group is still awarding all their participants with bobble heads. The first place winner got cold hard cash.
His name is….

The ETA Expo is fast approaching. Are you going? Plan meetups
ETA expo thread on DailyFunder…

Kabbage Closed on a $75 million credit line
Read the story…