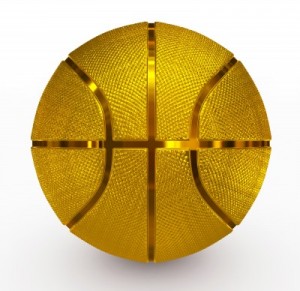 If you weren’t in this year’s NCAA bracket competition hosted by Merchant Cash Group, you missed out on a lot of fun!! But that’s okay, because well there’s always next year 🙂

From Heather at Merchant Cash Group:

“Merchant Cash Group had the privilege of hosting a NCAA March Madness Bracket Challenge offering a top cash prize of $500.00. We invited people from all over the financial industry to join our friendly competition where even the losers walk away with a cool prize. The Brackets were shaken up severely with the Cinderella story of Florida Gulf College and the early elimination of some of the top schools, uh hum Kansas St, New Mexico and UNLV to name a few. By April 8th we were down to only one person (Billy Crowe) who had Louisville winning it all and with that made a come behind win with a 15 point spread.

Now, while Billy is walking away with the Grand Prize all the other participants will be receiving a basketball bobble head trophy announcing to everyone that they in fact our bracket challenged. I would like to thank everyone who participated in the competition and I look forward to hosting more networking opportunities for our space. Below is the final standings and in the interest of saving ego’s please do not rag the losers to hard after all they are stuck with a bobble head.”

My chances at bracket gold were dashed when New Mexico lost in the first round to Harvard. Harvard…

Thank you Heather for the fun and also I want to let everyone know that I will be spending some time at Merchant Cash Group’s booth during the ETA expo (#751) on behalf of MPR and DailyFunder. Merchant Cash Group is a great MCA company and I am honored to participate in their exhibit.