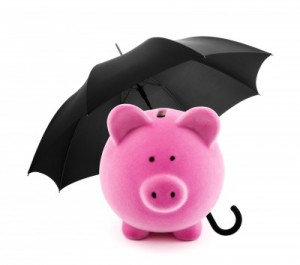 5 years ago it was merchant account sales. These days it’s all about the average daily ending balance in the business bank account. As the alternative business lending industry evolved, so too did the criteria to qualify, and nothing is more important now than historical cash flow. I spent a lot of time underwriting MCAs and one thing I noticed is that having a significant cash reserve is the exception, not the rule. Many small business owners I’ve encountered rely on overdraft protection just to pay their bills instead of using it as a backup cushion for the extremely rare circumstance that a check clears at the wrong time. The applicants with $1,000, $5,000 or $10,000 in daily reserves are treated very favorably in underwriting because heck, they can probably afford to take on debt. And then there’s the business owners with $20,000, $30,000 or $50,000 stashed away in the business account, a curious rarity that can actually throw up red flags.

“Why is this merchant applying for capital when they’ve got $30,000 sitting in the account right now? Something doesn’t add up here,” an underwriter might say. But the only thing that doesn’t add up is the fact that so many businesses are running on fumes. We’ve got a few small business owners writing about matters from their perspective on The Frontline, and we took great interest in something written by Chef Angela Bell. As a restaurant owner, she believes it is important to keep a cash reserve equal to a minimum of 3 months expenses. Depending on the size of the restaurant and seasonality, that reserve may need to be able to cover an entire year. This includes rent and salaries!

It seems in practice, this rule is constantly violated. Maybe holding on to extra cash hurts the competitive edge, maybe a cash reserve existed but was consumed during an emergency, or maybe the business just isn’t doing that great. There are a lot of possibilities to explain the disappearance of cash reserves, and I’m not faulting the businesses for being in this situation, but rather pointing out that in my experience, money seems to go out as fast as it comes in.

This isn’t a 2013 problem or a financial crisis problem. It’s a small business problem and one that has been around for decades. It’s why the purchase of future credit cards spawned into existence. The original Merchant Cash Advance (MCA) program wasn’t created to help people with poor credit, it was designed to help the businesses that had no cash reserves. If a business has $2,000 in deposits every day but also $2,000 in withdrawals, there’s a good chance a debt payment will bounce. Even with 750 credit, no bank would ever take the risk on a business like that, and that’s where MCA came in. Assuming the business’s plans were sound, an MCA funder would withhold a percentage of merchant account sales before they were even transferred to the business’s bank account. That eliminated the risk of bounced checks for the funder and put the burden of operating on tight cash flow on the small business. Funders then reduced the strain by withholding less in times of weak sales and more in times of strong sales. The percentage system was the bridge to ensure the relationship was not predatory. 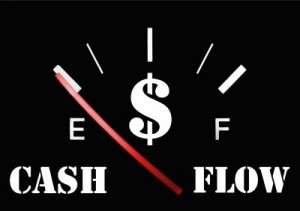 I’ve heard the frustrated replies from a business owner that was declined for weak or negative balances. They often sound something like this “Well, if I had cash I wouldn’t be needing a loan from you now would I?!” I feel for these people, I really do, but their approach to debt is misguided. Debt is not something you take on when you are out of money so you can continue business as usual. Debt is for growth or to be used as a temporary cash flow measure. Banks approve applicants that don’t need money because those that NEED IT are more likely to default.

MCA was the good faith option for small business owners that cried foul over the banks that wouldn’t lend to them. How could there be NOBODY willing to take a chance on them? And so MCA funding companies came along and did what the masses demanded, but at a cost to compensate them for the significant risk.

Today, there is high demand for merchant loans, loans that are evaluated based on a daily average bank balance and monthly revenue. Many people will get less than they want and others should consider traditional MCA instead. Those few that are at the breaking point and believe a loan will allow them to pay past due bills and keep them afloat are better off not applying at all. And for the rest that are contemplating using the $50,000 cash reserve they built up to expand should seriously consider financing instead to protect their cushion as best they can.

Tomorrow, the health inspector could close your doors, vandals could destroy your valuable assets, or the town could perform massively disruptive construction right outside the front steps that cripples sales for months. If you’re running on fumes, you’ll run out of gas. Always keep the cash reserve tank full and nobody will be able to stop you.