Can a Broken Window Be a Good Thing? 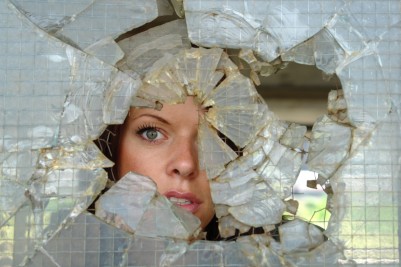 There’s a ton of controversy right now as to whether or not the devastation caused by Hurricane Sandy will, or will not, serve to stimulate the economy.

Obviously there are two camps: one says Sandy is stimulating and the other days it isn’t. It would appear that the only thing we can be sure Sandy is stimulating is controversy over whether or not it will serve as a boon to what many see as our nation’s less-than stellar economic recovery (at least in the areas devastated by the storm.)

But this debate isn’t limited to people duking it out on Facebook using terms such as “jerk” and “idiot” to prove their point (otherwise known as an ad hominem, or “against the man” argument that confuses name calling with intelligent debate.) We’ve got some serious academic economic theory out on the table.

On one hand you’ve got your Keynesians (20th century economist John Maynard Keynes gave us the theory.) Keynesians were/are considered “revolutionary” in that they deny the ability of a free economy to “fix” or stabilize itself and instead feel that, in order for an economy to consistently support full employment and stable prices government must implement policies that stabilize prices and create full employment scenarios.

On the other hand you’ve got economists who support a “laissez-faire” economy. (18th century economist Adam Smith provided us with this theory.) Adams and his adherents felt that since human beings are guided by self-interest as long as you leave the economy alone (i.e. no government intervention) the result will be a balanced, self-regulating economy because that is the state of economy that best serves self interest.

And then we’ve got Frédéric Bastiat. Ironically he happens to be a great defender of laissez-faire economics. We say ironic as it is his “Parable of the Broken Window” that tells us that, in fact, destruction, whether it be caused by natural forces (such as Hurricane Sandy) or man (such as wars) do not stimulate the economy by creating more business (and therefore more jobs.) Bastiat included the story in an essay entitled “The Seen and the Unseen.” Here’s the short version of the parable:

The Seen: A boy breaks a store window. The owner now pays for a new window, which creates income for the glazier.

The Unseen: Because the store owner has to fix his (or her) window, he (or she) now doesn’t have money to invest in the growth of their business – or for anything else they might have spent it on.

In other words, Bastiat’s theory is that destruction doesn’t create more income, it simply reallocates income. Obviously, if this is true, disasters that cause mass destruction don’t stimulate the economy.

As far as the battle between laissez-faire and Keynesian economists are concerned, for our purposes let’s just say the jury is still out, especially after suffering through this last (or current depending on who you listen to) economic debacle. On the one hand, Keynesians can gloat over seemingly infinite corporate greed that resulted in lost homes as well as lost jobs – on the other hand, those who live on the laissez-faire side of the street can gleefully cite how President Obama’s stimulus package perhaps did nothing more than (as Bastiat might say) help us see that the economy was “worse than we realized.”

Whether or not laissez-faire or Keynesian policy should be pursued in the effort to cure the economy really isn’t the point as related to the impact of Hurricane Sandy – at least for the purpose of this article. What is at hand is whether or not Bastiat was right. However, perhaps we’ve left out an important economic theory. And that would be Darwinian, or “evolutionary economics.”

There is no getting around the fact that evolutionary economics is pretty darn complex. Evolutionary economists like to use a lot of math – especially something called game theory which uses math to explain/describe what might appear to be “irrational” economic choices or events.

However, one thing we can all understand is that evolutionary economics uses methods and ideas similar to those used to study biological evolution. And most of us are very familiar with the evolutionary concept of “survival of the fittest.”

Just for a minute let’s suppose that two store owners find that someone broke their window (destruction.)

The Seen: Both hire a glazier to fix their window (and we see the glazier benefit.)

The Unseen Store Owner #1: Poor guy (or gal) is forced to use money previously identified to be used to pay for an ad in the local newspaper to promote an upcoming sale. Now that the cash is gone, the store owner responds by throwing up their hands in despair.

The Unseen Store Owner #2: Decides to take President Theodore “Teddy” Roosevelt’s advice and “Do the best I can, with what I’ve got, where I’m at.” Knowing the ad is now out of the question, and without any funds left to promote the upcoming sale, she (or he) decides to use the new window to showcase the sale.

The store owner pulls out every old decoration from every holiday or special event sale from the back room and decorates the new, clear as a bell storefront window. She (or he) then gets on Facebook and Twitter and announces a contest to come up with a name for a sale that encompasses every holiday and special event known to man. The contest winner will receive $200 to donate to their favorite community charity. She (or he) contacts every existing customer via email to inform them of the upcoming sale and contest and asks them to spread the word.

The local community newspaper (ironically the one that the paid ad would have run in) picks up the story. The sale is a huge success. Too many people assume that “fittest” always means strongest. Wrong. “Fit” means the organism that is best able to adapt when the environment changes.

Obviously Store Owner #2 fits that bill. The moral is that, no matter what the “disaster”, be it hurricane or recession, crossing your fingers and hoping for the best or hoping the government will save you are not your only two choices. One choice will always be yours to make, and that is choosing to do the best you can, with what you’ve got, where you’re at.