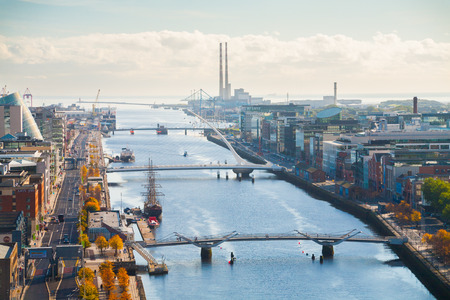 The Irish government has taken a serious liking to fintech. With a broad history of being active in financial services, the nation believes they can attract companies from around the world to reap the benefits of employing Irish citizens, while also tapping a major source of export revenue through an up-and-coming industry.

With access to capital for small businesses just as difficult here as it is in the US, a new fintech company looking for start-up cash may be able to turn to Dublin to get a major investment, rather than dealing with a retail investor or a venture capital firm here in the states. Enterprise Ireland, the organzation that runs these programs, is trying to tempt fintech companies looking for a fresh start or an international expansion to start that process in Ireland.

“Enterprise Ireland is the trade development and venture capital arm of the Irish Government,” said Claire Verville, Senior Vice President of Fintech and Financial Services at Enterprise Ireland. “We are a semi state agency and our mandate is to help support indigenous Irish enterprise to grow and expand in global markets.”

Just like in the United States, it is extremely difficult for an Irish business to walk into a big bank and get a loan. It’s in these situations where the Irish government has decided to make a direct investment themselves. Through Enterprise Ireland, according to Verville, the Irish government can provide capital to startups across a range of areas, in exchange for things like loan repayment or government equity in the company.

“In addition to the kind of more traditional trade development stuff that you would see from any government promoting their indigenous businesses abroad, we do invest directly in companies through equity and participate directly as a [limited partner] in funds to funds.”

Verville spoke about how the Irish government has been looking to extend funding to fintech startups for some time. “Our fintech portfolio is over 200 companies now, we have been one of the most active investors in Europe in a long time. We are one of the most active global investors across all sectors, and we’re really focused on early stage capital for fintech.” 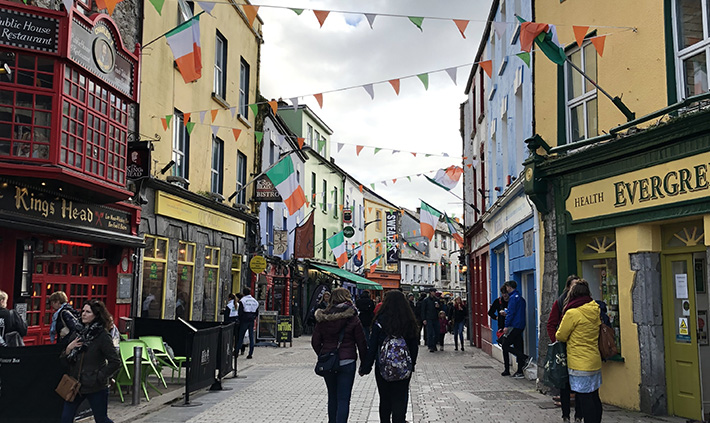 When asked about the decision making process that goes into Irish investments, Verville portrayed it the same as if it was a private firm making the same move. “We will vet like any other investment, make sure we’re comfortable with it, make sure that the business is verifiable, and that we understand the track record of the team,” she said.

Through investing in fintech, Enterprise Ireland appears to believe they will give their small business owners better access to capital. If the industry can create a Euro-American hub in Ireland, the latest tech and funding innovations will develop there, giving access to that technology to Irish businesses first. If Irish small business lenders can use Irish technology to help an Irish merchant, everyone wins.

With financial innovation in Europe being leaps ahead of the US, Verville believes the Irish employees working in finance would be better suited to deal with some of these new innovations over Americans because of their familiarity with these systems that are already in place. She hinted at things like EMV cards being around in Ireland for years at the consumer level before they ever made it to the United States.

As far as incentive for profit, Enterprise Ireland isn’t concerned with the success of their investment from a financial perspective as other investment groups are. They instead focus on things like employment numbers and longterm sustainability for those jobs acquired through their efforts in investing in industries like fintech.

“Because we are attached to the government, we aren’t a money-making mission as far as venture capitalists go. We are focused on employment in Ireland, which is partly why it’s so important that the companies are founded in Ireland and that they are building their employee base in Ireland, and on export revenue.”

Verville spoke about how only when businesses in Ireland do well, Enterprise Ireland only does well, too. “We do make money off some of our investments, and that’s government money. We get our budget set by the government department every year, just like any other government agency.”

To be eligible for funding from Enterprise Ireland, a business needs to be based in Ireland, have an Irish LLC, and must have a significant amount of Irish employees. According to Verville, the Irish market is ripe for American small businesses, especially alternative finance.