Snapshot On Australia: Growth In The Making 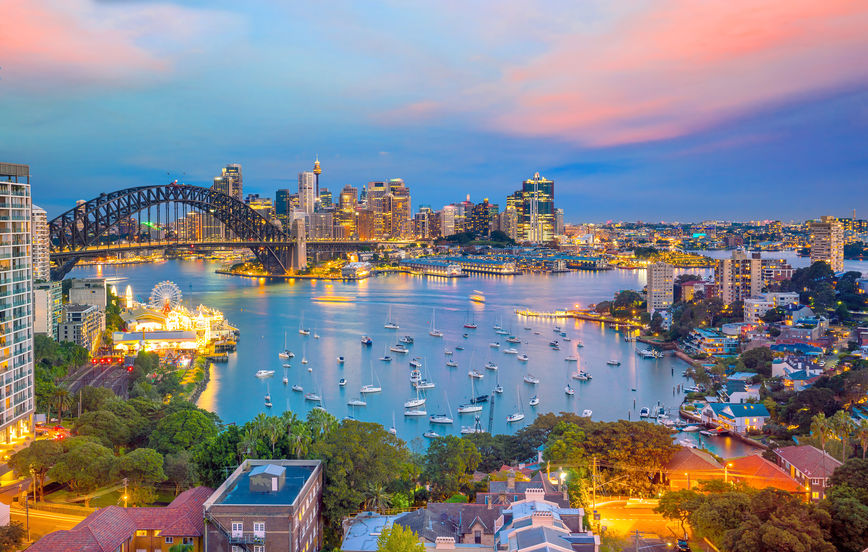 Indeed, there’s been significant growth in the few years since deBanked first wrote about the nascent alternative lending business down under. Notably, Australia’s alternative funding volume surpassed $1.14 billion in 2017, up 88 percent from $609.59 million in 2016, according to the latest data available from KPMG research. It’s the largest country in terms of total alternative finance market volume in the Asia Pacific region, excluding China, according to KPMG.

To be sure, the Australian market is still relatively small—at least compared with the U.S. Digging deeper, the largest share of market volume in 2017—the latest data available—came from balance sheet business lending, accounting for more than $574 million, according to KPMG. P2P marketplace consumer lending had the second largest market volume at $256 million. Invoice trading was the next largest segment of the Australian alternative finance market, accounting for $142.65 million, according to the KPMG report.

Its small size notwithstanding, what makes the Australian market particularly interesting is the potential promise it holds for the companies already established there and the opportunities it may offer to new entrants that find ways to successfully compete in the market.

Certainly alternative lending opportunities in Australia are growing, as awareness increases and the desire by consumers and businesses for favorable rates and faster service intensifies. The Australian alternative lending market is similar to Canada in that a small number of large banks dominate the market both in terms of consumer lending and small business lending. But, like in Canada, alternative lenders are gaining ground amid a changing customer mindset that values speed, favorable rates and a digital experience. 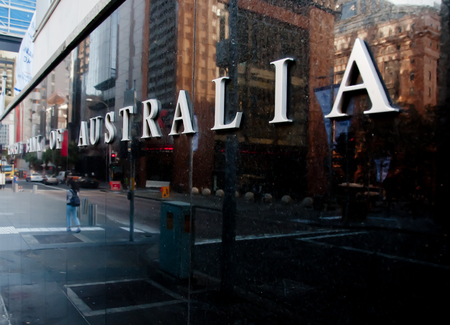 Equifax estimates that alternative finance volume in Australia is now growing at about 10 percent to 15 percent per year; that compares to a decline of approximately 20 percent for some major traditional lenders in terms of credit growth, says Moses Samaha, executive general manager for Equifax in Sydney. This presents an opportunity for alternative lenders to serve parts of the market the banks don’t want and those that are more attuned to a digital experience.

Even so, challenges persist. For instance, digital disruptors are still working on gaining brand awareness, and the market is only so big to be able to accommodate a certain number of alternative players. Time will time whether there will be consolidation among alternative lenders and more bank partnerships, which haven’t been so successful to date. “It doesn’t feel like they are as active as they were announced to be,” Samaha says.

At present, the Australian market consists of a few dozen alternative lenders pitted against four major banks. RateSetter, SocietyOne and Wisr are among the largest alternative players in the consumer lending space. On the small business side, Capify, GetCapital, Moula, OnDeck, Prospa and Spotcap are some of the leading companies. PayPal Working Capital also has a growing presence in the Australian small business lending market.

New lenders continue to eye the Australian market for entry, but it’s not an easy market to crack, according to industry participants. The market consists of mostly home-grown players and that’s not expected to change drastically. (Capify, OnDeck and Berlin-based Spotcap are notable exceptions. Another U.S. major player, Kabbage, previously provided its technology to Australia’s Kikka Capital, but that agreement is no longer in force.) 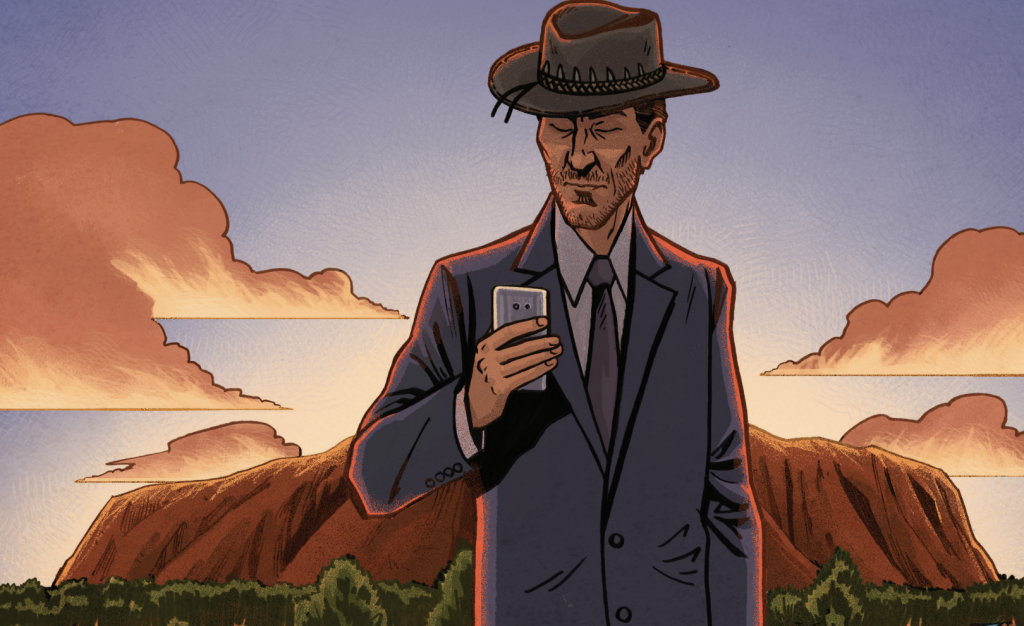 There can be a steep learning curve when it comes to outsiders doing business in Australia. What’s more, there’s no longer the first-to-market advantage that existed a decade or so ago. It’s also a relatively limited market in terms of size, which can be off-putting. Australia has a population of around 25 million, making it less populated than the state of California, with an estimated 39.9 million residents.

Still, for alternative players that are able to successfully navigate the challenges the Australian market presents, there’s ample opportunity to grab market share away from traditional players—similar to the pattern that’s emerged elsewhere around the globe.

Take consumer lending, for example. The unsecured consumer lending market in Australia sits at about $70 billion, with the large banks occupying maybe a 90 percent share of that, says Mathew Lu, chief operating officer of Wisr (previously known as DirectMoney Limited). Compared with other markets such as U.K. and the U.S., who went through a similar journey around a decade ago, “Australia is probably three or four years into that same journey of growth. It’s shifting and changing,” he says.

Alternative lenders have made strides in undercutting the large banks by offering generally lower rates and typically faster loan times. Unfavorable press related to bank lending practices has also benefited alternative lenders. Lu refers to these conditions as “a perfect storm” for growth.

Marketplace lender, SocietyOne, which in March reached $600 million in loan originations, is another example of an alternative lender that has benefited from the momentum. The company— celebrating its 7th anniversary this summer—is hoping to reach $1 billion in loans by 2020, according to its website.

RateSetter—another major player in this space—has also experienced significant growth since launching in Australia in 2014, and is now funding over $20 million in loans each month, according to its website. In April, the company soared past $500 million in loans funded and in May it saw a record number of new investors register. The company has more than 15,000 registered investors by its own account.

One question for the future is whether the consumer alternative lending space in Australia will ultimately be too crowded amid a spate of new entrants. Wisr’s Lu says “there’s a big question mark” regarding how many alternative lenders the market can sustain. “Will there be a level of consolidation or amalgamation? These are questions ahead of us,” he says.

For its part, alternative lending to small businesses is also a growing force within Australia. As a testament to the development of this market, in June 2018, a group of Australia’s leading online small business lenders released a Code of Lending Practice, a voluntary code designed to promote fair terms and customer protections. Currently, the Code only covers unsecured loans to small businesses. Signatories include Capify, GetCapital, Moula, OnDeck, Prospa and Spotcap.

Capify—an early entrant to Australia—has been pursuing businesses there since 2008. The company, which integrated its U.S. business in 2017 to Strategic Funding Source (now called Kapitus) is now operating only in Australia and the U.K. In Australia, it has executed more than 7,500 business financing transactions for Australian businesses and has more than 50 staff members in its Australian offices.

The company recently closed a deal with Goldman Sachs for a $95 million line of credit for growth in Australia and the U.K., which includes building out its broker program to increase distribution and technology investment.

David Goldin, the company’s chief executive, says Capify is hoping to grow its Australian business between 25 percent and 30 percent in 2019. The company is looking at M&A activity as well as organic growth.

Since Capify has been in the market, he has seen a number of new entrants—some more successful than others. One concern Goldin has is the lack of experience by some of these competitors. Many aren’t pricing the risk properly and not underwriting prudently to be able to weather a downturn, he says. They are so new, he questions whether they have the expertise to be able to survive a downturn given what he characterizes as pricing and underwriting missteps. 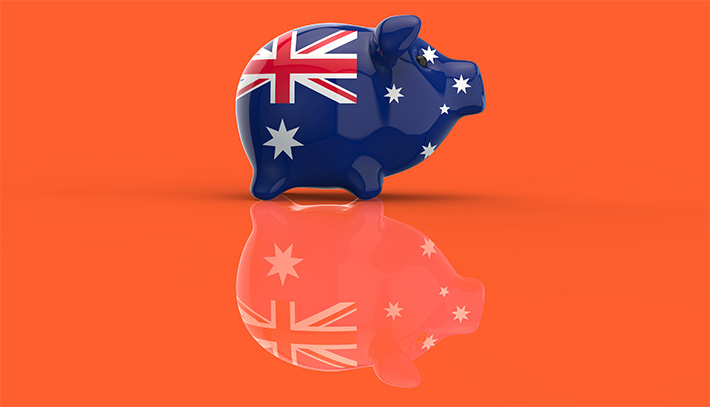 Meanwhile, competition has driven down prices and made moving quickly on potential leads more of a necessity. When leads come in today, if you’re not on the phone in 30 minutes, you could lose it to a competitor, he says.

While the small business market is an enticing one for alternative lenders, raising awareness of their offerings continues to be a challenge.

“The small business market is fragmented and raising awareness is expensive,” says Beau Bertoli, co-founder and co-chief executive of Prospa, another prominent small business lender in Australia. “There hasn’t been much innovation in small business banking, but many Australians still don’t think of switching from banks and traditional lenders,” he says.

“THE SMALL BUSINESS MARKET IS FRAGMENTED AND RAISING AWARENESS IS EXPENSIVE”

That said, more small businesses are turning to alternative lenders and these companies say they expect growth to increase over time. Recent research commissioned by OnDeck found that 22 percent of small and medium-sized businesses would consider an online lender, up from 11 percent in the past. This could be buoyed further by the introduction of Open Banking in Australia, which was set to be introduced in Australia in 2019, but this was pushed back to early 2020.

“We look forward to the introduction of Open Banking in Australia as it should allow lenders to use incremental data points to improve risk modeling, and increase competition in the SME lending space, ultimately providing SMEs with improved access to cashflow solutions to grow and run their businesses,” says Cameron Poolman, chief executive of OnDeck in Australia.

Declining property values is another factor helping alternative lending. “In November 2018 we saw the largest annual fall in property prices in Australia since the global financial crisis in 2009,” says Simon Keast, managing director of Spotcap Australia and New Zealand. 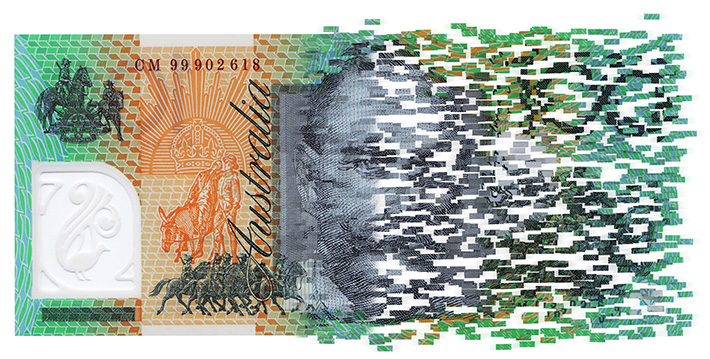 “As property prices decline, business owners find it more difficult to use their home as loan security and as such, turn to alternative lenders such as Spotcap that can provide them with unsecured loans for their business,” he says. What’s more, the SME Growth Index in March showed for the first time that business owners are almost as likely to turn to an alternative lender as they are to their main bank to fund growth, says.

Keast of Spotcap says he expects to see more banks and non-financial enterprises looking to leverage the technology fintech lenders have built to provide swift and digital lending products to small businesses. He offers the example of a partnership Spotcap, a German-based company, has with an Austrian Bank to provide same-day finance to SMEs in Austria as an example of the types of partnerships the company could also seek in Australia. “We have already partnered with an Austrian Bank that is leveraging our lending platform to provide same-day finance to SMEs in Austria, and there is plenty of interest for similar partnerships on the ground here,” he says.

OnDeck, meanwhile, expects to see a shake-out within the alternative finance sector, which will result in a smaller number of bigger players, with the ability to scale and serve multiple customers with a variety of products, according to Poolman, the company’s chief executive.

For his part, Goldin of Capify is bullish on the Australian small business market, but he cautions others that it’s not a gold rush type of place where everyone who comes in can make money.

“The state of California has more opportunity than the entire continent of Australia,” he says.