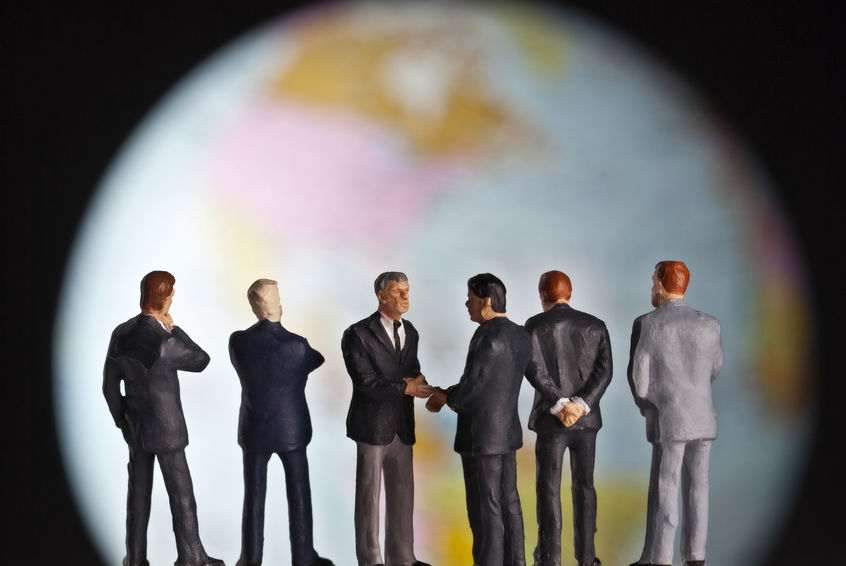 Some alternative lenders have begun their expedition closer to home by extending their reach into Canada. Others are traveling farther beyond to parts of Europe and Australia, for example, while others are eying eventual growth in Asia.

Propelling the opportunity is the fact that a number of international banks are still unprepared to offer online lending on their own and thus are more amenable to partnerships with U.S.-based alternative lenders, according to Rashmi Singh, senior manager in the wealth management practice at EY.

It also helps that the options for local partners are somewhat limited. “There are not a lot of digital lenders [outside the U.S.] at the same level as some of the folks here,” Singh says.

To be sure, international expansion requires extensive time, money and regulatory know-how, and some U.S. alternative lenders may never reach the critical scale to be able to compete effectively. Nonetheless, as globalization proliferates, industry observers expect that additional forward-thinking companies will push beyond the limits of their current geographical borders.

“IT DOESN’T MAKE SENSE TO START AS A U.S. LENDER, DO A FEW LOANS AND THEN JUMP OVER TO THE U.K.”

“The question is not if, but when (and where) U.S. fintech companies will expand internationally,” contends Ryan Metcalf, chief of staff and director of international markets at Affirm, a San Francisco-based fintech that has partnered with Cross River Bank of Fort Lee, New Jersey, to allow shoppers pay for purchases over time with simple-interest loans.

Affirm—which works with more than 900 retailers and recently announced that it had processed its 1 millionth consumer installment loan—has focused on domestic growth so far, but the company is now considering a number of options for international expansion, Metcalf says.

SIZING UP THE MARKET

Certainly, there are numerous opportunities for homegrown lenders to expand internationally given the healthy growth alternative lending is experiencing in other parts of the world. Each market, of course, has its nuances and individual growth patterns.

Europe, for instance, has seen substantial growth over the past few years, with the U.K. leading the way in alternative finance. It has four times higher volumes in aggregate than the rest of Continental Europe, according to a 2016 report from KPMG and TWINO, one of the largest marketplace lending platforms in Europe. (P2P consumer lending is the largest component of alternative online lending in Europe, capturing 72 percent of the total in the first through third quarters of 2016, according to the report.)

After the U.K., France, Germany and the Netherlands are the top three countries for online alternative finance by market volume in Europe, according to a September 2016 report by the Cambridge Centre for Alternative Finance.

Asian markets, meanwhile, show significant promise for alternative finance players to make their mark due to the sizeable population of digitally savvy consumers who are still largely underbanked. China is by far the largest market for alternative lending in Asia. It’s also the world’s largest online alternative finance market by transaction volume, registering $101.7 billion in 2015, according to the March 2016 Cambridge Centre for Alternative Finance report. This constitutes almost 99 percent of the total volume in the Asia-Pacific region, the research shows. To date, most of the growth in China specifically has been from local firms, but that could change as the market there continues to develop. 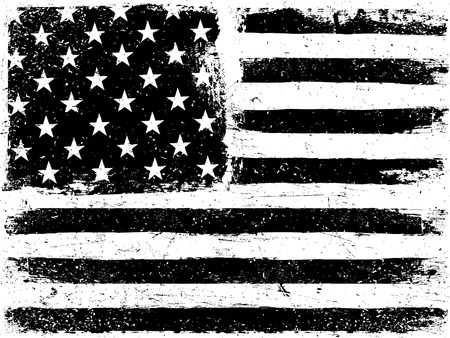 Although there are many possible international markets to explore, U.S. lenders have to tread carefully before planting roots elsewhere, observers say. Some smaller U.S. lenders may find domestic expansion easier and more cost-effective because of the time, regulatory and financial commitment that goes along with exploring international markets. It’s a lot easier, for instance, to expand from New York to California, than it is to build out internationally.

“Why take on all the added costs and regulatory pressures, when you haven’t fully explored your home market, unless the business that you’re in deems it necessary,” says Mark Abrams, partner with Trade Finance Global, a London-based international corporate finance house, specializing in crossborder trade.

“It doesn’t make sense to start as a U.S. lender, do a few loans and then jump over to the U.K,” he contends.

What’s more, foreign banks looking for alternative lending partners typically prefer to work with larger, more established players. Even though new players’ technology may be ahead of the curve, the banks still want a longer track record. “It’s reputational for these banks,” says Singh of EY.

MANY CHALLENGES TO INTERNATIONAL EXPANSION

Several alternative lenders say they see significant growth opportunities by expanding internationally. At the same time, however, they are mindful of the substantial headwinds they face.

Regulation is among the biggest, if not the biggest, challenge. A lot of firms in the U.S. have invested a lot of time and money to get up to speed on U.S. regulations. When they look to Europe or to Canada or Mexico or elsewhere, there are different regulations. “If you’re speaking to folks in three continents, now you are looking at regulations times three,” says Singh of EY.

Certainly there’s a time commitment involved; it can take six to eight months for a U.S. lender to get their U.S.–based platforms compliant with regulations in another country, she says.

What’s more, regulatory barriers can vary greatly country to country, notes Metcalf of Affirm. Take Canada for example where very low barriers to entry exist with some provincial exceptions. In the U.K., on the other hand, it can take eight months or more to receive a lending license, he says.

That’s why it’s so important for online lenders to make strategic decisions about where they want to invest their time and resources—even if they have sound technology that’s easily adaptable outside the U.S. “The minute you throw in cross-border regulations, it gets very complicated,” Singh says.

Understanding the local culture of the market you’re trying to tap is also crucial, according to Rob Young, senior vice president of international at OnDeck, where he oversees all aspects of the company’s non-U.S. expansion efforts.

Within the past several years, OnDeck has begun offering small business loans to customers in Canada and Australia. Frequently Canada is a first step for U.S. companies that want to expand internationally because of the shared language and similarities between the economies, Young explains.

After the Canadian operation was successfully underway, the opportunity arose for the online lender to expand to Australia—which shares several similarities with the Canadian market. OnDeck doesn’t break out how much of its overall loan portfolio comes from these two markets, but it has announced publicly that it’s delivered more than CAD$50 million in financing to Canadian small businesses since 2014.

“So far we’re very satisfied with the performance,” Young says, referring to its expansion into both Canada and Australia.

Young notes that while a U.S.-based alternative lender can leverage certain things like technology from a central location within its home country, having dedicated teams on the ground in local markets is also critical. Marketing and pricing all have to be competitive with the needs of the local market, he says.

In Canada and Australia, for example, OnDeck has found that the “personal element” is really important. Young says customers there expect to interact with sales representatives who have ties to the community, understand the local market and can relate to the issues small businesses there are facing.

“I don’t think you can establish that rapport if you are trying to serve them with a sales team overseas,” he says.

U.S.-based alternative lenders also need to be careful to create products that fit the culture and needs of a particular market. For instance, alternative players that focus on luxury asset-based lending would want to look at countries with high concentrations of wealth. “It doesn’t make sense to grow to a country where there’s very little wealth because you’re not going to have much success,” says Abrams, of Trade Finance Global.

Markus Schneider, the company’s chief executive, is originally from Switzerland and he knows the market there well, so he set out to fill a void he saw for an MCA-like product. However, Lending Technologies, which has offices in New York and Zurich, has hit some roadblocks along the way.

The company already has a Swiss distribution partner in place, but has had trouble finding a lender willing to underwrite the funds. Schneider would also be willing to work with a U.S. lender that wants to partner with Lending Technologies to provide MCA services to merchants in his home country.

“We’re going to do this. It’s just a matter of time,” he says. “There’s a tremendously underserved segment of the market there.”

To be successful internationally, U.S. companies also have to be willing to shift gears as needed when things aren’t working out as expected.

Take Kabbage, for example. The small business lender expanded into the U.K. in 2013, two years after its U.S. debut. But the company found that having its own small business lending business in the U.K. was too challenging for regulatory and capital reasons. It no longer offers new loans from this platform.

Instead, the funding company decided that a better global strategy was to license its technology to financial institutions in international markets a less capital-intensive, yet economically sound way of doing business.

Kabbage—which recently announced the establishment of its European headquarters in Ireland—has licensing arrangements with Santander in the U.K., Kikka Capital in Australia, Scotiabank in Canada and Mexico and ING in Spain. The company plans to launch operations in several additional countries this year where banks use Kabbage’s technology to offer online loans to their clients, says Pete Steger, head of business development at Kabbage.

“We are partnering with local experts. That’s our strategy,” Steger says.

Funding Circle has also made changes to its international strategy. Earlier this year, the company—which got its start in the U.K.—announced that it would stop issuing new loans in Spain. The Spanish version of the company’s website says that it continues to monitor ongoing loans so investors receive monthly payments for the projects they have invested in.

A spokeswoman for Funding Circle said the company continues “to look at new geographies, but we have no immediate plans for expansion and are focused on building a successful business here in the U.S., U.K., Germany and the Netherlands.” She declined to comment further.

Without divulging too many details, a handful of U.S.-based alternative financiers say they continue to look at additional markets outside their home turf.

For its part, SoFi has announced plans to expand to Australia and Canada this year. The company’s chief executive has also talked about European and Asian expansion in the future.

On the international front, Affirm is currently evaluating markets that make the most sense for its business model, Metcalf says. Affirm is also looking at possible acquisitions in developed markets such as the U.K. and Sweden as well as considering “serious investment” in new distribution models in southeast Asia, Mexico and Brazil, he says.

LendingClub, meanwhile, last November announced a significant partnership with National Bank of Canada and its U.S. subsidiary Credigy. The agreement provides for Credigy to invest up to $1.3 billion over the subsequent twelve months. A spokeswoman for LendingClub said the company has nothing to share about plans for international expansion.

As for OnDeck, Young says the company is exploring a number of options; it’s a matter of finding markets where gaps exist in small business lending and where potential customers have a willingness to borrow online.

“We want to be the preferred choice for small businesses. It’s not necessarily defined geographically,” Young says. “We review markets all the time. There are a number of markets that are interesting to us.”