But Michael Bernier, Vice President of 1 West Finance, a 14-person brokerage based in New York, said that things have changed as competition has increased in the space.

Customers gravitate towards companies that can provide them with not only the best pricing, but also the best user experience, which is why we believe so many new players in the space have achieved scale so quickly.

While customer relationships are important, funders in the space that are improving their speed, efficiency, and pricing are going to win the deals.

“In general, if [end users] find a better price on Amazon, 9 times out of 10 they’re going to buy that product on Amazon, regardless of the sales person on the phone” Bernier said.

Bernier suggests that rate or speed may win the customer but another more legally-binding circumstance may guide the relationship accordingly. 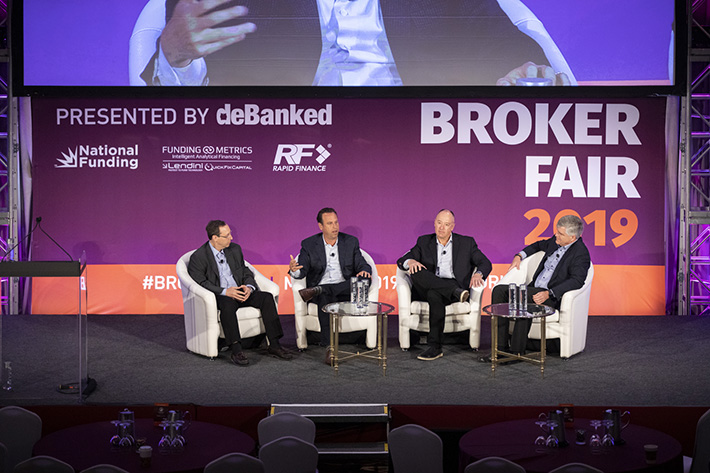 “Contractually, we own the customer,” said National Funding CEO Dave Gilbert on a panel at Broker Fair. “But we work in conjunction with the broker.”

Fellow panelist and Chairman of Rapid Finance, Jeremy Brown, said that he used to say what Gilbert said, but now says: “We own the loan. [And] we have the right to first renew the customer.”

Brokers seeking a very cozy relationship with their clients should therefore consider what rights and responsibilities are afforded to them under their referral contracts so that there’s no confusion with actions taken by either party with the customer down the road.

“I get close to people very quickly, it’s just who I am,” Kemp, a broker, told deBanked in an interview last year. “And in my opinion it works to my advantage because I have merchants that renew with me multiple times a year. And I know that no matter how many calls they get [from other brokers], they’re going to turn to me. I know that they trust me.”

Likewise, Chad Otar, CEO of Excel Capital in New York, has said that building trust with merchants is very important and is what leads to renewal business. Otar introduced one of his merchants, a marketing company, to his other clients. A few of them ended up working with the marketing company, which was a win for everyone and led to even stronger word of mouth from Otar’s merchants.

“I don’t think anyone owns the customer,” said CEO of BFS Capital Mark Ruddock on the panel alongside Gilbert and Brown. “Customers are a privilege, not a right.”