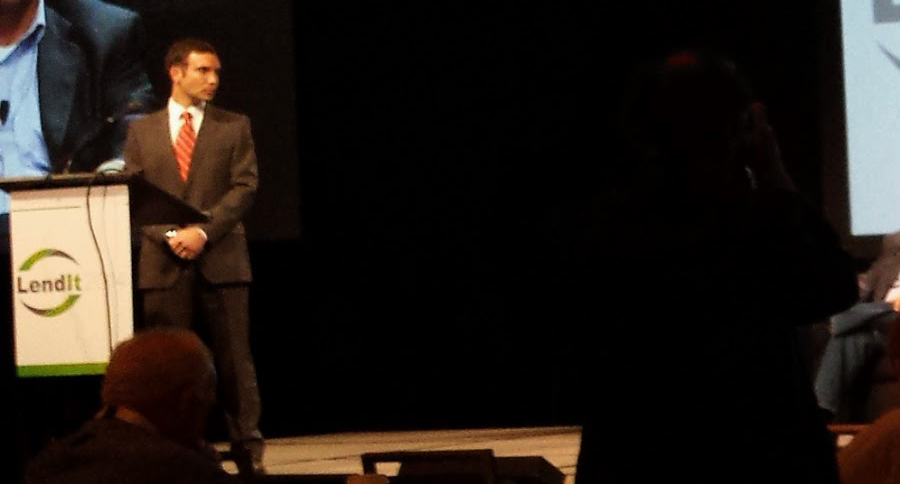 In this dark blurry photo, Ross moderates an online lending panel in 2014

Direct Lending Fund CEO Brendan Ross, has resigned, according to Bloomberg News and numerous individuals identifying themselves as investors on an industry blog. The fund not only lost nearly 25% of its portfolio in a single sour investment, but it’s reported that they may have overvalued its investments in QuarterSpot’s small business loan platform.

The fund was reputed as one of the largest funds in the online lending industry and one that “historically earned investors unlevered double digit returns” by investing in online loan marketplaces.

Were there signs of problems?

In a tell-all book published by DealStruck founder Ethan Senturia in late 2017, Senturia describes how Ross’s fund had been overly dependent on his company’s success. “I am like, literally staring over the edge. My life is over,” Senturia quotes Ross as saying in Unwound when he became aware of DealStruck’s downward spiral*. Despite this characterization, Ross’s fund continued to grow relatively unscathed.

Meanwhile, James R. (“Jim”) Hedges, IV wrote an op-ed in Mid-2017 on Lend Academy of a mystery fund he refused to identify that had a Bernie Madoff-feel to it. In the comments, users point out that the monthly returns matched the ones on Direct Lending’s investor letters.

“When I first saw these returns, I instinctively thought of Madoff,” Hedges wrote. “The narrow band of returns is, in my experience, highly unusual and inconsistent with the returns of investments being marked-to-market. To be clear, I am not saying that this fund is a fraud. I am stating that the performance they’ve reported is, in my experience, unlikely indicative of a valuation methodology that accurately reflects the month-to-month performance of the underlying assets.”

*DealStruck announced a restructuring in December 2018