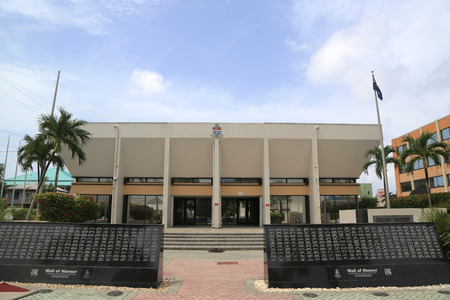 The Court House at George Town in Grand Cayman

The Receiver for Direct Lending Investments is racing against the clock to protect and preserve the assets of the Cayman Islands-based vehicle used to receive foreign investments, US court records show. The commencement of a voluntary liquidation of the Cayman-entity is required before the deadline to preserve avoidance claims for over $4 million passes. A liquidation, which the Receiver can’t facilitate without permission from the Court, would also shield the company from any litigation moving forward by imposing an automatic stay.

In a normal situation, the Receiver informed the Court, the liquidation process would be carried out by the directors of the Cayman-based entity, but the only remaining director resigned on May 1st, leaving the company without any leadership whatsoever. Thus, the Receiver appointed in the US is asking for extraordinary relief to assist in the affairs of the Cayman entity and enter into liquidation to best protect its assets.

The Receiver’s concerns over litigation in the Cayman Islands are heightened because he’s reportedly received detailed inquiries from overseas investors wanting to know what’s going on and at this time, he’s not able to confidently answer them.

Given the relief sought and the ex-parte nature of the request, the US court is expected to issue an order on the matter very soon.

Update: The US court approved the Receiver to commence a voluntary liquidation of the Cayman entity