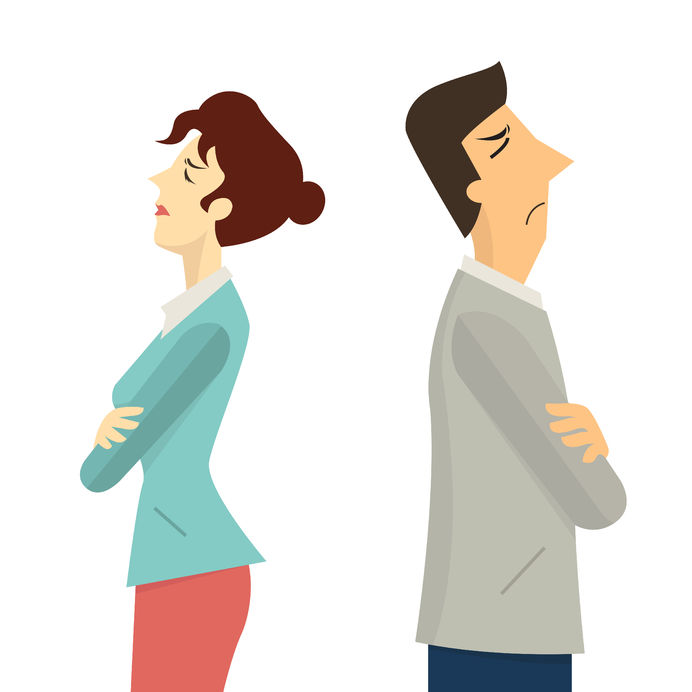 In a dispute that reflects the nation’s rigid political polarization, a piece of legislation pending before Congress either corrects a judicial error or condones “predatory lending.” It depends upon whom one asks. Either way, the proposed law could affect the alternative small-business funding industry indirectly in the short run and directly in the long term by addressing the interest rates non-banks charge when they take over bank loans.

The easiest way to understand the controversy may be to trace it back to a ruling in 2015 by the United States Court of Appeals for the Second Circuit in New York. The case of Madden v. Midland Funding LLC started as claim by a consumer who was challenging the collection of a debt by a debt buyer, says Catherine Brennan, a partner in the law firm Hudson Cook LLP.

“Debt buyers like Midland are sued on a regular basis,” Brennan notes. “That’s a common occurrence.” What’s uncommon is that the appellate court affirmed the idea that the loan debt that Midland sought to collect from Madden became usurious when Midland bought it. The court ruled that because Midland wasn’t a bank it was not entitled to charge the interest the bank was allowed to charge, she maintains.

Under the ruling, non-banks that buy loans can’t necessarily continue to collect the interest rates banks charged because non-banks are generally subject to the limits of the borrower’s state, according to the Republican Policy Committee, an advisory group established by members of the House of Representatives in 1949. Banks can charge the highest rate allowed in the state where they are chartered, which could be much higher than allowed in the borrower’s state.

“So it undermines the concept that you determine the validity of a loan at the time the loan is made,” Brennan says of the decision in the Madden case. The “valid-when-made” doctrine – a long-established principle of usury law – states that if a loan is not usurious when made it does not become usurious when taken over by a third party, published reports say. In 2016, the U.S. Supreme Court declined to hear the Madden case, which in effect upheld the appellate court ruling.

In response, both houses of Congress are considering bills that would ensure that the interest rate on a loan originated by a bank remains valid if the loan is sold, assigned or transferred to a non-bank third party, the Republican Policy Committee says.

“IT HAS BEEN UNDERSTOOD PRIOR TO MADDEN THAT YOU DETERMINE USURY AT THE TIME THE LOAN IS ORIGINATED, AND THAT SHOULD BE RESTORED”

“It’s not a revolutionary concept,” Brennan says of the proposed law. “It had been understood prior to Madden that you determine usury at the time the loan is originated, and that should be restored.”

As the alternative small-business funding industry continues to mature it could benefit from the legislation, Brennan predicts. In the future, alt funders may begin to buy or sell more debt, which would make it subject to the state caps if the legislation fails to pass, she says.

The proposed law would also benefit partnerships in which banks refer prospective borrowers to alternative funders because it would eliminate uncertainty and would thus improve the stability of the asset, Brennan continues. “I would think anyone in the commercial lending space would want to see the Madden bill pass,” she contends.

Stephen Denis, executive director of the Small Business Finance Association, a trade group for alt funders, agrees. While most of the SBFA’s members don’t work with bank partners, the trade group has supported the lobbying efforts of other associations and coalitions representing financial services companies directly affected, he says. “We are concerned on behalf of the broader industry because we all work closely together and everyone has the same goal of making sure that we’re providing capital to small businesses,” he maintains.

That goal of keeping funds available to entrepreneurs also motivates the sponsor of H.R. 3299, Rep. Patrick McHenry, R-N.C., who’s chief deputy whip of the House and vice chair of the House Financial Services Committee. His interest in crowdfunding, capital formation and disruptive finance is fueled by events he experienced in his childhood, when his father attempted to operate a small business but struggled to find financing, according to the Congressman’s website.

Although H.R. 3299 passed in the House with mostly Republican votes, it attracted bipartisan co-sponsors in that chamber. They are Rep. Gregory Meeks, D-N.Y.; Rep. Gwen Moore, D-Wis., and Rep. Trey Hollingsworth, R-Ind. The Senate version of the legislation is sponsored by Sen. Mark R. Warner, D- Va.

But opponents of the proposed law aren’t feeling particularly bipartisan and argue vehemently against it, Brennan contends. “There’s been a lot of misinformation put out there by consumer advocates saying this would somehow embolden payday lending in all 50 states,” she says. “It’s simply not true.”

Payday lenders aren’t banks, so the proposed legislation would not apply to them and thus would not enable them to avoid interest caps imposed by borrowers’ states, Brennan notes, adding that some states don’t even allow payday consumer lending.

The latter is defined as partnerships where non-banks sometimes work with banks to operate nationwide platforms, mostly online and sometimes peer-to-peer, she says, noting that examples include LendingClub and Prosper.

There’s no evidence marketplace lenders would astronomically increase their interest rates if the president signs into law a bill that resembles those now before Congress, Brennan says. It wasn’t happening before Madden, she notes, and banks involved in those partnerships operate under strict guidance of the Federal Deposit Insurance Corp. (FDIC) or the Office of the Comptroller of the currency, depending upon their charters.

But consumer advocates haven taken to the warpath, Brennan reports. Opponents of the legislation call partnerships between banks and non-bank lenders by the derogatory term “rent-a-bank schemes.” But it’s lawful to create such relationships because the FDIC oversees them, she asserts.

Just the same, the House is considering H.R. 4439, a bill to ensure that in a bank partnership with a non-bank, the bank remains the “true lender” and can set the interest rate, Brennan notes. If the bill becomes law, it would clear up the conflict that has arisen in inconsistent case law, some of which has defined the non-bank as the true lender, she says.

Meanwhile, opponents of H.R. 3299 and S. 1642 have written a letter to members of Congress, urging them to vote against the bills. The letter, drafted by the Center for Responsible Lending (CRL) and the National Consumer Law Center (NCLC), was signed by 152 local, state, regional and national organizations. Most of the signers belong to a coalition called Stop the Debt Trap, says Cheye-Ann Corona, CRL senior policy associate.

The bills create a loophole that enables predatory lenders to sidestep state interest rate caps, Corona maintains. That’s because non-banks are actually originating the loans when they work in tandem with banks, she says. The non-banks are using banks as a shield against state laws because banks are regulated by the federal government. If the legislation passes, non-banks would not have to observe state caps and could charge triple-digit interest rates, she contends.

“This bill is trying to address the issue of fintech companies, but there is nothing innovative about usury,” Corona says. “They are just repackaging products that we’ve seen before. A loan is a loan. These lenders don’t need this bill if they are obeying state interest-rate caps.”

The lenders disagree. In fact, a trade group formed by OnDeck, Kabbage and Breakout Capital calls itself the Innovative Lending Platform Association, according to a report in the Los Angeles Times. The article cites the need for small-business capital but questions whether the loans are marketed fairly.

Innovative or not, lenders offering credit with higher interest rates could condemn consumers to a nightmare of debt, according to the letter from the CRL and NCLC to Capitol Hill. “Unaffordable loans have devastating consequences for borrowers – trapping them in a cycle of unaffordable payments and leading to harms such as greater delinquency on other bills,” the letter says.

However, alt funders say their savvy small-business customers understand finance and thus don’t need much government protection from high interest rates. But the CRL doesn’t adhere to that philosophy, Corona counters. “Small businesses are at risk with predatory lending practices,” she says, maintaining that some alt funders charge interest rates of 99 percent.

Small-business owners plunged themselves into hot water by borrowing too much in anecdotal examples provided by Matthew Kravitz, CRL communications manager. In one example, an entrepreneur found himself automatically paying back $331 every day. He overestimated his future income and now says he feels like hiding under the covers every morning.

Corona also dismisses the idea that high risk calls for high interest rates to compensate for high default rates. When interest rates rise to a level that borrowers can’t handle, no one wins, she maintains.

The right to charge higher interest rates could also encourage lenders to loosen their underwriting criteria, Corona warns. That could result in shortcuts reminiscent to the practices that gave rise to the foreclosure crisis and the Great Recession, she says, adding that, “we don’t want to see that happen again.”