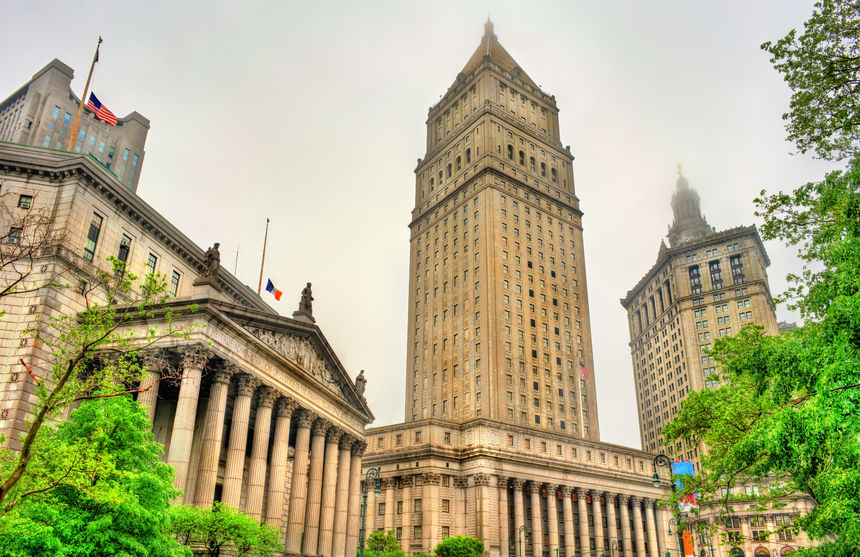 At first, reversing the 2015 Madden v. Midland Funding court decision, which continues to vex the country’s financial system and which is having a negative impact on the financial technology industry, seemed like a fairly reasonable expectation.

The controversial ruling by the Second Circuit Court of Appeals in New York, which also covers the states of Connecticut and Vermont, had humble roots. Saliha Madden, a New Yorker, had contracted for a credit card offered by Bank of America that charged a 27% interest rate, which was both allowable under Delaware law and in force in her home state.

But when Madden defaulted on her payments and the debt was eventually transferred to Midland Funding, one of the country’s largest purchasers of unpaid debts, she sued on behalf of herself and others. Madden’s claim under the Fair Debt Collection Practices Act was that the debt was illegal for two reasons: the 27% interest rate was in violation of New York State’s 16% civil usury rate and 25% criminal usury rate; and Midland, a debt-collection agency, did not have the same rights as a bank to override New York’s state usury laws.

In 2013, Madden lost at the district court level but, two years later, she won on appeal. Extension of the National Bank Act’s usury-rate preemption to third party debt-buyers like Midland, the Second Circuit Court ruled, would be an “overly broad” interpretation of the statute.

For the banking industry, the Madden decision – which after all involved the Bank of America — meant that they would be constrained from selling off their debt to non-bank second parties in just three states. But for the financial technology industry, says Todd Baker, a senior fellow Harvard’s Kennedy School of Government and a principal at Broadmoor Consulting, it was especially troubling.

“The ability to ‘export’ interest rates is critical to the current securitization market and to the practice that some banks have embraced as lenders of record for fintechs that want to operate in all 50 states,” Baker told deBanked in an e-mail interview. 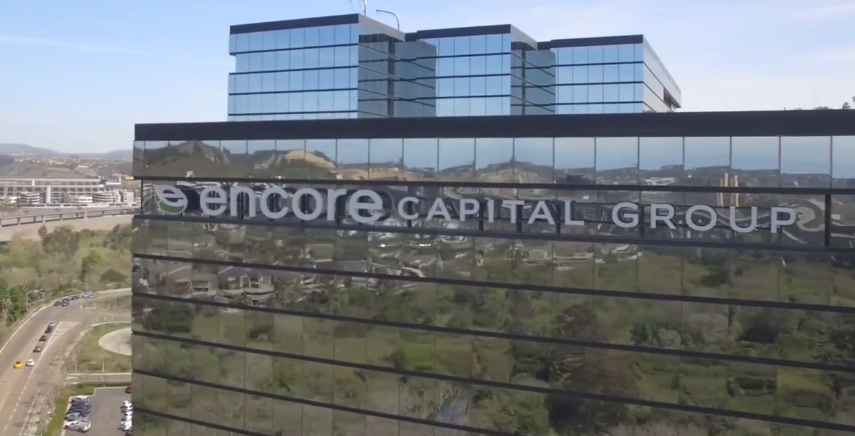 A 2016 study by a trio of law professors at Columbia, Stanford and Fordham found other consequences of Madden. They determined that “hundreds of loans (were) issued to borrowers with FICO scores below 640 in Connecticut and New York in the first half of 2015, but no such loans after July 2015.” In another finding, they reported: “Not only did lenders make smaller loans in these states post-Madden, but they also declined to issue loans to the higher-risk borrowers most likely to borrow above usury rates.”

With only three states observing the “Madden Rule,” the general assumption in business, financial and legal circles was that the Supreme Court would likely overturn Madden and harmonize the law. Brightening prospects for a Madden reversal by the Supremes: not only were all segments of the powerful financial industry behind that effort but the Obama Administration’s Solicitor General supported the anti-Madden petitioners (but complicating matters, the SG recommended against the High Court’s hearing the case until it was fully resolved in lower courts).

Despite all the heavyweight backing, however, the High Court announced in June, 2016, that it would decline to hear Madden.

That decision was especially disheartening for members of the financial technology community. “The Supreme Court has upheld the doctrine of ‘valid when made’ for a long time,” a glum Scott Stewart, chief executive of the Innovative Lending Platform Association – a Washington, D.C.-based trade group representing small-business lenders including Kabbbage, OnDeck, and CAN Capital — told deBanked.

Even so, the setback was not regarded as fatal. Congress appeared poised to ride to the lending industry’s rescue. Indeed, there was rare bipartisan support on Capitol Hill for the Protecting Consumers’ Access to Credit Act of 2017 — better known as the “Madden fix.” 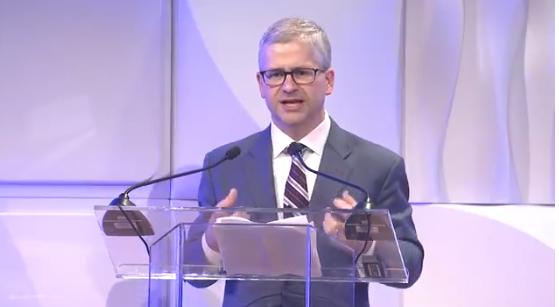 Above: Congressman Patrick McHenry speaks at LendIt in 2017 | Source

Introduced in the House by Patrick McHenry, a North Carolina Republican, and in the Senate by Mark Warner, Democrat of Virginia, the proposed legislation would add the following language to the National Bank Act. “A loan that is valid when made as to its maximum rate of interest…shall remain valid with respect to such rate regardless of whether the loan is subsequently sold, assigned, or otherwise transferred to a third party, and may be enforced by such third party notwithstanding any State law to the contrary.”

Just before Thanksgiving, the House Financial Services Committee approved the Madden fix by 42-17, with nine Democrats joining the Republican majority, including some members of the Congressional Black Caucus. Notes ILPA’s Stewart: “We were seeing broad-based support.”

But the optimism has been short-lived. The Madden fix was not included in a package of financial legislation recently approved by the Senate Banking Committee, headed by Sen. Mike Crapo, Republican of Idaho. Moreover, observes Stewart: “Senator Warner appears to have gotten cold feet.”

What happened? Last fall, a coast-to-coast alliance of 202 consumer groups and community organizations came out squarely against the McHenry-Warner bill. Denouncing the bill in a strongly worded public letter, the groups — ranging from grassroots councils like the West Virginia Citizen Action Group and the Indiana Institute for Working Families to Washington fixtures like Consumer Action and Consumer Federation of America – declared: “Reversing the Second Circuit’s decision, as this bill seeks to do, would make it easier for payday lenders, debt buyers, online lenders, fintech companies, and other companies to use ‘rent-a-bank’ arrangements to charge high rates on loans.”

The letter also charged that, if enacted, the McHenry-Warner bill “could open the floodgates to a wide range of predatory actors to make loans at 300% annual interest or higher.” And the group’s letter asserted that “the bill is a massive attack on state consumer protection laws.”

Lauren Saunders, an attorney with the National Consumer Law Center in Washington, a signatory to the letter and spokesperson for the alliance, told deBanked that “our main concern is that interest-rate caps are the No. 1 protection against predatory lending and, for the most part, they only exist at the state level.”

But in their study on Madden, the Stanford-Columbia-Fordham legal scholars report that the strength of state usury laws has largely been sapped since the 1970s. “Despite their pervasiveness,” write law professors Colleen Honigsberg, Robert J. Jackson, Jr., and Richard Squire, “usury laws have very little effect on modern American lending markets. The reason is that federal law preempts state usury limits, rendering these caps inoperable for most loans.”

While the battle over the Madden fix has all the earmarks of a classic consumers-versus-industry kerfuffle, the fintechs and their allies are making the argument that they are being unfairly lumped in with payday lenders. “Online lending, generally at interest rates below 36%, is a far cry from predatory lending at rates in the hundreds of percent that use observable rent-a-charter techniques and that result in debt-traps for borrowers,” insists Cornelius Hurley, a Boston University law professor and executive director of the Online Lending Policy Institute. Because of fintechs, he adds: “A lot of people who wouldn’t otherwise qualify in the existing system are getting credit.”

A 2016 Philadelphia Federal Reserve Bank study reports that traditional sources of funding for small businesses are gradually exiting that market. In 1997, small banks under $1 billion in assets –which are “the traditional go-to source of small business credit,” Fed researchers note — had 14 percent of their assets in small business loans. By 2016, that figure had dipped to about 11 percent.

The Joint Small Business Credit Survey Report conducted by the Federal Reserve in 2015 determined that the inability to gain access to credit “has been an important obstacle for smaller, younger, less profitable, and minority-owned businesses.” It looked at credit applications from very small businesses that depend on contractors — not employees – and discovered that only 29 percent of applicants received the full amount of their requested loan while 30 percent received only partial funding. The borrowers who “were not fully funded through the traditional channel have increasingly turned to online alternative lenders,” the Fed study reported.

The ILPA’s Stewart gives this example: A woman who owns a two-person hair-braiding shop in St. Louis and wants to borrow $20,000 to expand but has “a terrible credit score of 640 because she’s had cancer in the family,” will find the odds stacked against when seeking a loan from a traditional financial institution.

But a fintech lender like Kabbage or CAN Capital will not only make the loan, but often deliver the money in just a few days, compared with the weeks or even months of delivery time taken by a typical bank. “She’ll pay 40% APR or $2,100 (in interest) over six months,” Steward explains. “She’s saying, ‘I’ll make that bet on myself’ and add two additional chairs, which will give her $40,000-$50,000 or more in new revenues.”

In yet another analysis by the Philadelphia Fed published in 2017, researchers concluded that one prominent financial technology platform “played a role in filling the credit gap” for consumer loans. In examining data supplied by Lending Club, the researchers reported that, save for the first few years of its existence, the fintech’s “activities have been mainly in the areas in which there has been a decline in bank branches….More than 75 percent of newly originated loans in 2014 and 2015 were in the areas where bank branches declined in the local market.”

Meanwhile, there is palpable fear in the fintech world that, without a Madden fix, their business model is vulnerable. Those worries were exacerbated last year when the attorney general of Colorado cited Madden in alleging violations of Colorado’s Uniform Consumer Credit Code in separate complaints against Marlette Funding LLC and Avant of Colorado LLC. According to an analysis by Pepper Hamilton, a Philadelphia-headquartered law firm, “the respective complaints filed against Marlette and Avant allege facts that are clearly distinguishable from the facts considered by the Second Circuit in Madden.

“Yet those differences did not prevent the Colorado attorney general from citing Madden for the broad-based proposition that a non-bank that receives the assignment of a loan from a bank can never rely on federal preemption of state usury laws ‘because banks cannot validly assign such rights to non-banks.’”

Should the Federal court accept the reasoning of Madden, Pepper Hamilton’s analysis declares, such a ruling “could have severe adverse consequences for the marketplace and the online lending industry and for the banking industry generally….”