Bet On the Iowa Caucus and Political Primaries With Bitcoins 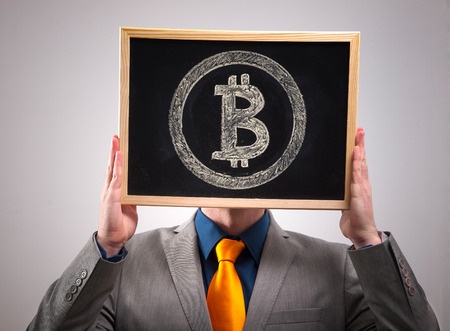 I’m often asked if bitcoin still has a future or if it’s dead. As someone who has mined bitcoins, made purchases with them, sold advertising space with them, traded them, and contributed to political campaigns with them, I feel pretty confident that bitcoins are here to stay. While the system isn’t as anonymous as some people believe, bitcoin fills a void that many people the world over have long sought, a way to move money outside the banking system, and all without a replacement form of centralized control. It is the only way to truly de-bank.

The value is volatile but there are several markets where such volatility is the cost of doing business. Would you rather your bitcoins be worth 5% less when you receive them as payment or would you rather get nothing of what you are owed because the traditional banking system is preventing the transaction?

Enter one black market, betting on US elections, a practice that is largely illegal. And if people could bet on it they would, according to odds maker Jimmy Vaccaro at the South Point Casino in Las Vegas. He told CNN that opening up betting on elections would be the biggest thing they’d ever booked. “It would make the Super Bowl look like a high school football game,” he reportedly said.

But you can still bet on elections if you really want to, according to Market Watch’s Brett Arends. In the name of journalism, Arends successfully bet $1 on the Iowa Caucus… using bitcoins. He bet on Rand Paul with 40 to 1 odds. If he wins, he’ll collect those winnings in bitcoins.

And nobody can stop him.

As an independent system controlled by nobody, there are no bank accounts to freeze, ACH processors to shut down or physical dollars to confiscate. And despite the critics that claim bitcoins have to be converted to a “real” currency at some point in order to realize the value, that’s not necessarily true. You can live your life on bitcoin.

Market Watch’s Arends argues that such activity might not be gambling at all since the IRS ruled bitcoin to be property, not a currency. In his simplistic view, they might as well be digital jelly beans. “When I wagered $1 worth of bitcoins on Sen. Paul last week, in the eyes of the law I wasn’t actually betting real money. I was just betting jelly beans,” he wrote.

You can of course buy cool stuff with those jelly beans.

It’s quite gray indeed, but if the interest in political gambling truly dwarfs the Super Bowl, then a totally bank-less decentralized system opens up all kinds of doors, the kind that don’t want to be closed.

In non-bank finance, a topic I often write about, all roads inevitably lead back to banks, no matter how much the system is disrupted. The truly de-banked use bitcoins and with that, the possibilities with it are endless.

Would you bet on Bernie Sanders with 2.92 to 1 odds? You’re not supposed to be able to do it, but in a bankless world, you could.