Call me brave, batshit crazy, or deBanked in the modern era. Earlier this week I wound up at the Bitcoin Center in NYC, a place I didn’t really believe existed. They supposedly host events downtown by Wall Street every Monday and Thursday nights with free alcohol and food.

I don’t believe it, I thought. I called the place ahead of time, twice, half expecting the second attempt to reveal the number was actually out of service. Nevermind the fact that the first time I called, an enthusiastic gentleman was eager to have me stop by.

These bitcoin events start at 7pm. I got there 10 minutes early just to scope the situation out, that way I could escape before anyone knew I was there. Can’t take any chances with these bitcoin people.

But it looked safe. Well, safe enough. The Bitcoin Center is a giant open room on the first floor of 40 Broad Street. The lighting is dark and the floors are pure cement. It could easily double as a handball court or a trading floor, which it kind of is.

And so I kicked off a Satoshi Monday with a crowd that looked like they were doing unix programming in the 1980s. I was glad I dressed casual. We may have been physically near Wall Street but mentally it was light years away. I half expected Richard Stallman, the legendary icon of the free software movement to pop in and start handing out bitcoins, digitally of course, through some kind of cool free software.

I’ve seen mainstream bitcoin enthusiasts at payments conferences around the country, you know, banker types, but the Bitcoin Center keeps it real. Within 15 minutes of my arrival, I had already had conversations that involved taking down the Federal Reserve, the Koch Brothers, and overthrowing the government. I learned that bankers were poisoning nature and that nature was gearing up for revenge. A war was brewing and you didn’t want to be on the wrong side. “You don’t want to f*ck with nature!” someone screamed.

I had no idea what any of it had to do with bitcoin but the crowd wasn’t all like that. Thank God.

Others gave me the inside scoop on Gems, a company that wants to be the “Bitcoin of social networks”. One fellow bought XGEMS early and if I was smart I should try to pick some up too. Maybe another time…

Cryptocurrencies and cryptoassets of all kinds were uttered. Of course each one seemed to be in presale, was only being offered for a low rate today, or was only open to a select few and for a limited amount of time. If you didn’t get in now, it was too late. The more seemingly elusive they were, the more people wanted to buy them, regardless of whatever they were.

Just as I was beginning to question My Journey to Bitcoin, shit got real. “You selling?” a guy asked me. I assumed he meant drugs. But when he saw how paralyzed I had become, he started to laugh. “I’m talking about bitcoin dude,” you have any to sell?

He wouldn’t be the first to ask me that night. In fact there’s a sizable group of folks that attend just to trade bitcoin. There was even an opening bell and an honorary guest bell-ringer guy to kick off trading. 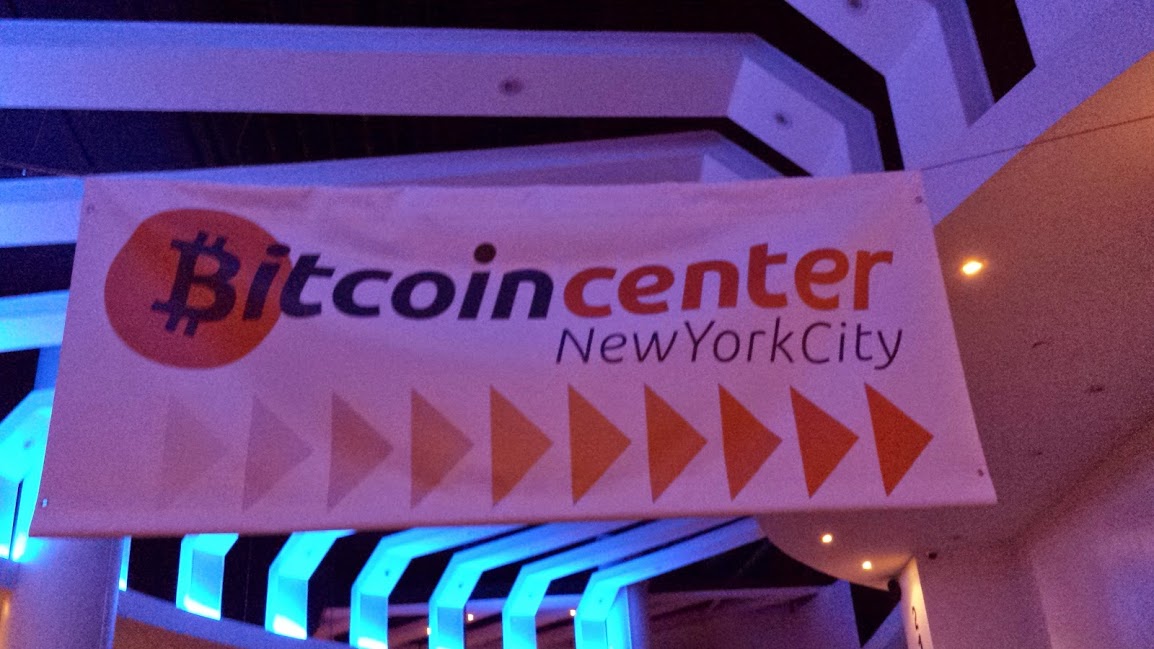 I thought it was dumb at first so I asked the next guy that was looking to trade, “Why would I buy bitcoin from random people like you in person when I could just do it online?” I should’ve seen it coming. “Must be easy for people like you who have a bank account,” he responded.

I let that one sink in. Just the day before I had blogged that 25 million Americans are unbanked, meaning they don’t have bank accounts or even access to banking products. This fellow was one of them. He lived off cash but wasn’t letting that stop him from shopping online. He gave you cash, you gave him bitcoins. He stayed unbanked but not cut off from the Internet connected world.

I wanted to ask him why he chose that route over a prepaid debit card, but cards are not a cure-all. Other attendees told me that they buy products overseas and that they were either being charged a huge percentage on top to cover the card processing fees or that merchants had stopped accepting cards altogether. Sure they could make an international wire transfer but even that was a headache for merchants looking to conduct an automated business online. 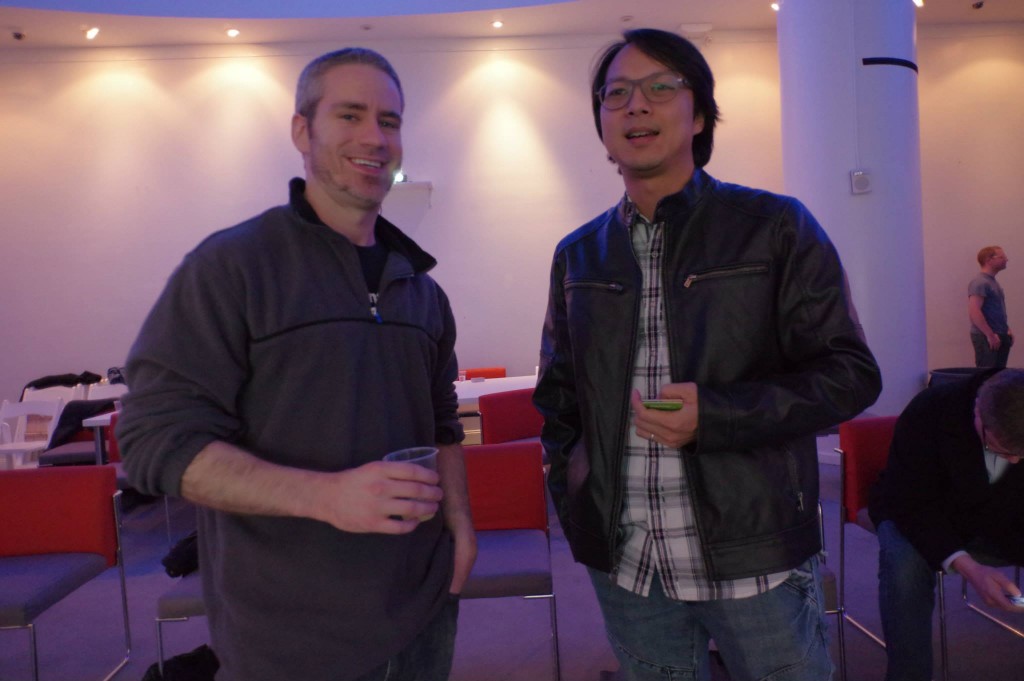 Bitcoin was said to be simpler for all involved, something I believe because I purchased a new monitor using bitcoins on Overstock.com just last week. It was actually faster and easier than using a credit card. Seriously. I also saved Overstock on the processing fees. See what a good citizen a bitcoin buyer can be?

An in-person bitcoin exchange also prevents the parties from having to pay an online exchange fee, not to mention that you can gain an edge through negotiating. The liquidity of cash on the spot can create some serious arbitrage opportunities.

People threw down thousands of dollars to buy bitcoins which were then transferred via a mobile app. I probably had enough to do some trading but I didn’t need the cash.

When the free pizza arrived, the crowd turned into a mob. The underbanked it seemed were also underfed and a life of living bitcoin to bitcoin meant this might be the only meal they had for some time. I pushed their weaker counterparts, the unbanked, out of the way to get a hot slice and they pushed me right back.

“Bank account lover!” they shouted. It was a harsh indictment, but they knew. As deBanked as I was, they knew that ultimately I was banked.

Some people left right after they ate. Those that remained began to tell me about their digital mining operations, a necessary component of the Blockchain technology that cryptocurrencies like bitcoin are built off of. Bitcoins don’t just magically appear. Computers on the Internet perform wildly difficult mathematical calculations in order to facilitate the creation and transfer of bitcoins. This design is partially why nobody can beat the Bitcoin system.

One guy told me that he had his basement completely redone so that he could turn it into a mining center. Most mining is done with specialized computer hardware that can perform nothing other than mining. You can actually buy such machines at the Bitcoin Center. If your mining is productive for the system, the system will reward you with bitcoins. The processing power required to solve the complex mathematics makes the odds of being rewarded very low. As time goes on, the system’s equations get more and more difficult to crack. 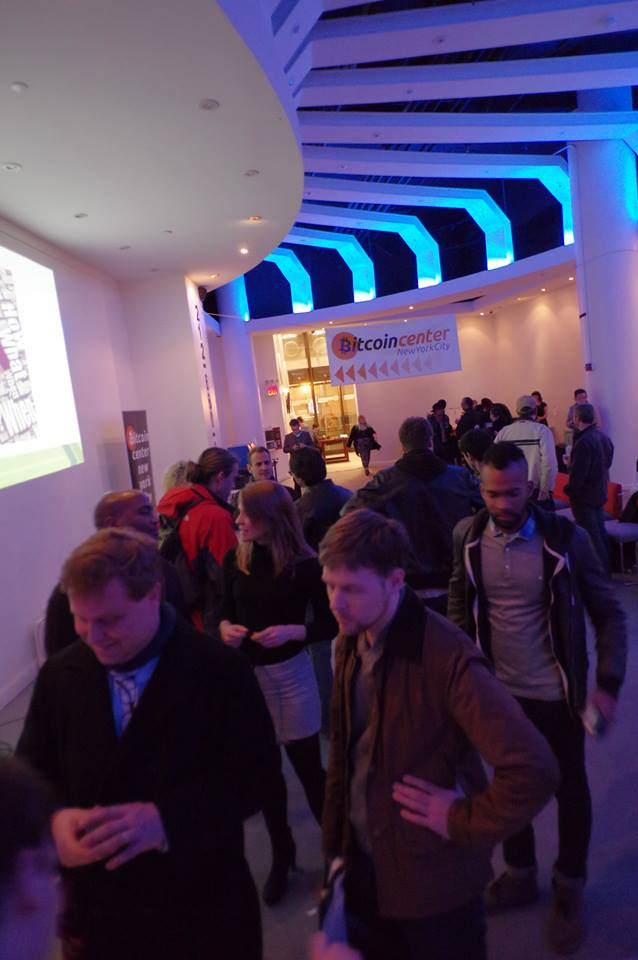 Some miners are backed by billion dollar investment funds and have a serious advantage in the mathematics arms race. But for those that just casually dabbled in mining, they seemed to be getting a little something from doing it, even if it was small.

Admittedly one guy talked me into buying mining equipment, something miniscule and inexpensive, a novelty almost. It of course packs so little power that its contribution to the Bitcoin system will be insignificant and will likely yield nothing. I didn’t buy it from him though, I bought it on Amazon. Not taking any chances with the bitcoin weirdos.

I used a prepaid debit card to buy an Amazon gift card which I then used to buy a bitcoin mining machine, or something. I swear I’m not crazy. The moment I clicked buy though, something happened to me. My beard got a little more scraggly, the designer label on my pants faded away, all my past presidential votes magically got switched to Ron Paul, and I finally understood that nature was coming to kill us all.

The Bitcoin Center might bring out the the industry’s worst stereotypes but between the lines, there’s something there. The unbanked, the merchants/consumers dealing with the costly nightmares of credit card processing, and the freeing feeling of operating outside the traditional banking system. I get it.

And they got me because I was one of the last people to leave that night. Before I knew it, Satoshi Monday almost became Satoshi Tuesday. “Party’s over buddy,” said one of the important Bitcoin Center people. I was ready to go. I really was. I had absorbed a lot. But I had just one more question for him.

Want to just try it out? Buy just $1 worth of bitcoin on Coinbase. You have nothing to lose by learning.