Madden v. Midland Appealed to the US Supreme Court


The Madden v. Midland decision has been appealed to the US Supreme Court and the future of non-bank lending potentially hangs in the balance. The introductory statement reads as follows:

This case presents a question which is critical to the operation of the national banking system and on which the courts of appeals are in conflict. The National Bank Act authorizes national banks to charge interest at particular rates on loans that they originate, and the Act has long been held to preempt conflicting state usury laws. The question presented here is whether, after a national bank sells or otherwise assigns a loan with a permissible interest rate to another entity, the Act continues to preempt the application of state usury laws to that loan. Put differently, the question presented concerns the extent to which a State may effectively regulate a national bank’s ability to set interest rates by imposing limitations that are triggered as soon as a loan is sold or otherwise assigned.

Several attorneys have said off the record that the likelihood the US Supreme Court would actually hear the case is about 100 to 1, because the issue lacks sex appeal. Gay Marriage, Obamacare, these are the type of things that make their way through the system. 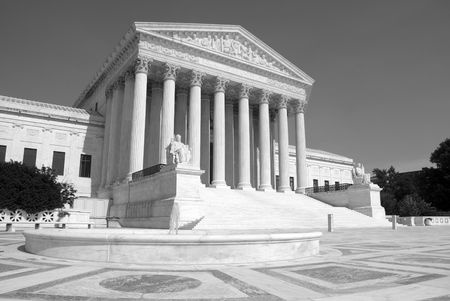 Nevertheless, the petition argues the matter at hand:

The Second Circuit vacated the judgment, holding that the National Bank Act ceased to have preemptive effect once the national bank had assigned the loan to another entity. App., infra, 1a-18a. In so holding, the Second Circuit created a square conflict with the Eighth Circuit, and its reasoning is irreconcilable with that of the Fifth Circuit. The Second Circuit also rode roughshod over decisions of this Court that provide broad protection both for a national bank’s power to set interest rates and for its freedom from indirect regulation. And it cast aside the cardinal rule of usury, dating back centuries, that a loan which is valid when made cannot become usurious by virtue of a subsequent transaction.

The Second Circuit, of course, is home to much of the American financial-services industry. And if the Second Circuit’s decision is allowed to stand, it threatens to inflict catastrophic consequences on secondary markets that are essential to the operation of the national banking system and the availability of consumer credit. The markets have long functioned on the understanding that buyers may freely purchase loans from originators without fear that the loans will become invalid, an understanding uprooted by the Second Circuit’s decision in this case. It is no exaggeration to say that, in light of these practical consequences, this case presents one of the most significant legal issues currently facing the financial-services industry. Because the Second Circuit’s decision creates a conflict on such a vitally important question of federal law, and because there is an urgent need to resolve that conflict, the petition for a writ of certiorari should be granted.

Brian Korn, a partner at Manatt, Phelps and Phillips, told the LendAcademy blog in an interview that the Court could rule on the motion at any time and that it takes 4 out of 9 justices to agree to accept the case.

The plaintiff, Madden, has until December 10, 2015 to file a response to the petition.