Year of the Broker 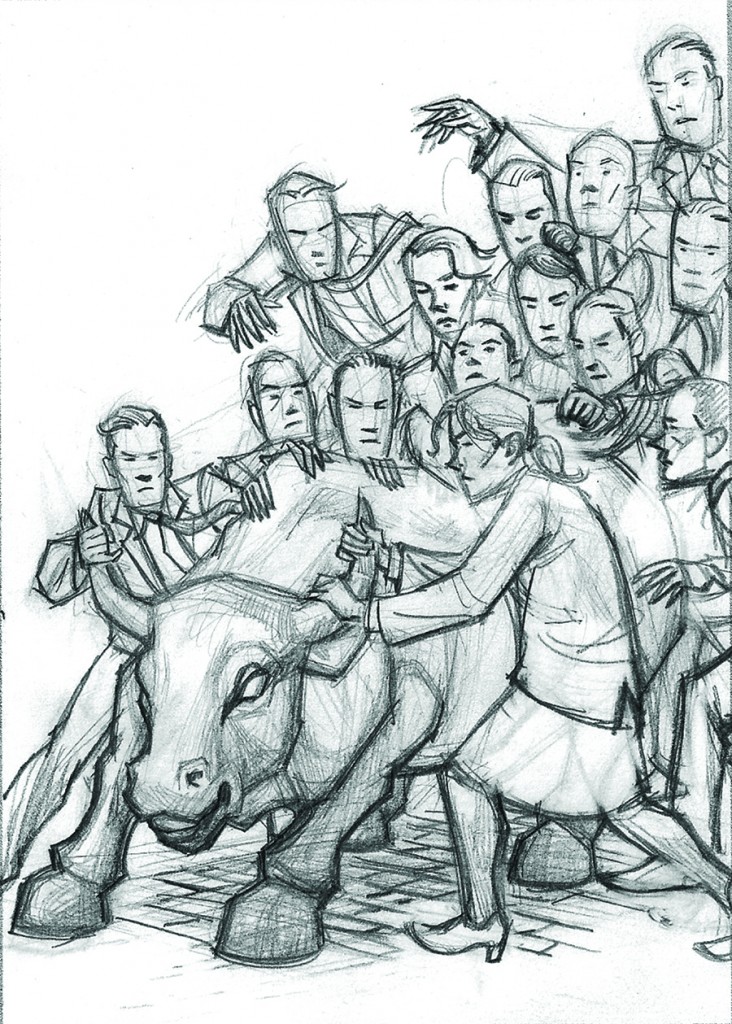 Many of the newcomers are fleeing hard times in the mortgage or payday loan businesses. Others are abandoning jobs selling insurance, car warranties or search-engine optimization.

“You have wandering souls trying to find their place in this industry, whether it be as a company or on their own,” said Amanda Kingsley, CEO of Sendto, a Florida-based company that assists new brokers.

Mesmerized with those whopping figures, salespeople from other businesses began committing themselves to a new career in alternative finance. In a business with virtually no barriers to entry, it’s easy to get started. To call themselves brokers, they just need a phone, someplace to sit and a list of leads they can buy online.

Virtually all of the entrants are pursuing dreams of lucrative paydays. Many even expect to make a fast buck with minimum effort.

If only it were that simple. Too often, the untutored new players are making mistakes simply because they don’t know any better, industry veterans maintained.

Worst of all – either unknowingly or with evil intent – new brokers are stacking deals. In other words, inexperienced salespeople pile second or third loans or advances on top of original positions. It’s an approach that clearly violates the industry’s standards, observers agreed.

In fact, virtually all contracts for a first loan or advance prohibit the merchant from taking on another similar obligation, noted Paul Rianda, an Irvine, Calif.-based attorney who specializes in payments and financing.

“I can’t remember one agreement I’ve seen that didn’t have that provision in it,” Rianda said.

Violating that stipulation could provide grounds for a lawsuit, and litigation is underway, according to David Goldin, president and CEO of New York-based AmeriMerchant and president of the North American Merchant Advance Association (NAMAA).

Plaintiffs have a case to make because stacking harms the broker and funder of the first position by increasing the risk that the merchant won’t meet the resulting financial obligations, Weitz said. “The guys going out 18 and 24 months to make this a more bankable product are being hurt by the people coming in and stacking those three-month high-rate loans,” he noted.

To further complicate matters, the company offering the second or even third deal sometimes moves the merchant’s transaction services to another processor, Rianda said. That forces the firms that made the first advance to approach the new processor to stake a claim to card receipts, he noted.

So the companies with the original deal suffer from the effects of stacking, but the practice’s shortcomings will haunt the stackers, too, observers maintained.

“It’s not a model that’s going to allow them to succeed,” a broker who asked to remain anonymous said of stackers’ long-term prospects.

Many hardly give a thought to staying power, according to Weitz. “A lot of people entering this space think it’s about fast money and not longevity,” he said.

Longevity requires that brokers build relationships with merchants, a process stacking undermines because too much credit can drive merchants out of business or merely prop up merchants already doomed to fail, sources said.

Yet stacking has become so widespread that it constitutes a business plan for some brokerage shops, said a broker who asked that his name and company not appear in the article.

It can begin when brokers buy lists of Uniform Commercial Code filings to find out what merchants have already taken out term loans or advances, said Zach Ramirez, vice president of sales and operations at Orange, Calif.- based Core Financial Inc.

The brokers then contact those merchants, many of whom are already over-extended financially, to offer additional credit or advances, Ramirez said.

Inexperienced brokers often resort to stacking because they don’t know how to generate leads that can bring alternative lending vehicles to merchants who weren’t aware of them.

Referrals from accountants or other business owners who deal with merchants can provide some of those greenfield prospects, Ramirez noted.

And leads aren’t the only area of cluelessness among newcomers, a broker who requested anonymity maintained.

To teach new brokers those basics of alternative business financing, the industry should establish standard policies and technology, according to Kingsley.

A credential, perhaps something similar to the Certified Payments Professional designation created by the Electronic Transactions Association, sources said. To earn the credential, candidates would pass an exam to show they’ve mastered the basics of the business, they proposed.

NAMAA is considering such a credential, said Goldin, the trade group’s president. It’s the kind of self-regulation that could forestall federal oversight, industry sources agreed.

But that might not matter, according to Tom McGovern, a vice president at Cypress Associates LLC, a New York-based advisory firm that raises capital for alternative lenders and merchant cash advance companies.

After all, McGovern noted, Barney Frank, former Democratic U.S. representative from Massachusetts and co-author of the Dodd-Frank Wall Street Reform and Consumer Protection Act, has gone on record as saying that piece of legislation focuses on consumers and does not govern business-to-business dealings like loans or advances to merchants.

That lack of regulation over B2B deals seems likely to continue, “especially in the world we’re in now with a Republican Congress,” said a broker who asked to remain nameless.

However, some members of the industry would welcome federal regulation as a way of barring incompetent or unscrupulous brokers. An agency patterned after the Financial Industry Regulatory Authority, know as FINRA, could do the job, suggested a broker who requested anonymity.

Whether a government regulator or an industry- supported association should police the market, problems could remain stubbornly in place, some said.

Many doubt an association could build the consensus required for united action on some issues – stacking in particular.

For one thing, cleaning up the business could reduce profits for brokerages that profit from stacking, noted a broker who asked that his name not appear in the article.

“Everybody wants to make money,” he said. “Everybody’s out for themselves.”

Another barrier to agreement arises because some brokerages fear cooperation could expose their trade secrets, said Sendto’s Kingsley.

Moreover, unscrupulous brokers want to keep their employees uninformed of the industry’s potential for big profits, Kingsley said. That way they suppress compensation for an underclass of prequalifiers who work the early stages of deals, she noted.

Prequalifiers earn from $150 to $500 a week, depending upon the location, and don’t qualify for benefits like health insurance, Kingsley said. Once they realize what a tiny portion of the profits they’re receiving, brokers terminate the prequalifiers and many go on to become brokers themselves, she observed.

Closers who take over from prequalifiers to wrap up the sale can earn up to 50% or occasionally even 60% of a brokerage house’s commission – if the closer originates the deal and sees it through to completion unassisted, Kingsley said.

Eventually, closers realize they could keep all of the commission if they strike out on their own and become brokers, she noted.

In a way, the progression from prequalifier to broker or closer represents a market correction. And many seasoned industry participants believe market forces will also work out other problems the influx of new brokers is causing.

A large number of the new brokers simply won’t last long because they don’t understand the industry, they’re stacking deals and they’re signing up merchants that won’t stay in business.

Meanwhile, funders are beginning to perform background checks on brokers to make sure they’re dealing with reputable people, sources said.

Some funders protect themselves by simply declining to do business with new brokers, according to observers.

“GUYS AT COMPANIES LIKE ONDECK AND CAN CAPITAL ARE ONLY TAKING BUSINESS FROM BIGGER BROKERS THAT HAVE HEAVY VOLUME,” WEITZ SAID.

And many new brokers are learning the industry with the help of experienced brokerages that act as mentors and conduits and call themselves super brokers, super ISOs, broker consultants or syndicators.

“So what I’m saying is, ‘Guys, let’s not compete. Let’s grow parallel together,’ ” Weitz said of United Capital Source’s relationships with new brokers. The company began working with new brokers in October 2014.

In such relationships new brokers get advice from the more seasoned brokers. The older brokers can also provide the newcomers with services that include accounting, marketing and reporting, he said.

The new brokers also capitalize on the older brokers’ relationships with funders. Established brokers have earned better rates and terms because of reputation and volume, Weitz noted. Companies like his also know which lenders work more quickly and thus capture more deals, he added.

Older brokers can also steer new brokers away from newer funders that offer shorter terms and demand higher rates, Weitz said. Of the 30 to 40 companies that call themselves funders, only eight or 10 deserve the name, he contended.

The less-respectable funders place only a small amount of money in a few deals, he said.

Newer brokers become aware of their need for help from more experienced brokers when they see how many sales they’re failing to close, Weitz said. 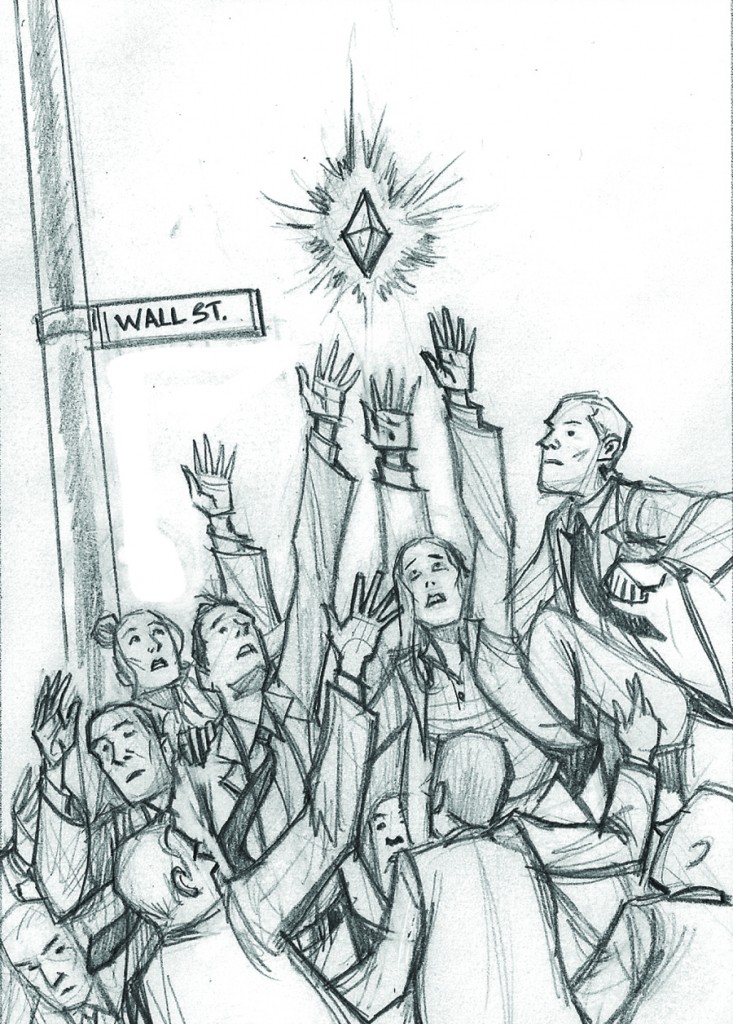 The new brokers also come to realize that the puzzle of running a brokerage office has a lot more pieces than they may have thought, said Kingsley.

The percentage of the commission that the older broker charges can vary, according to Weitz.

“If someone needs a lot of hand holding and a lot more resources, they would get a different structure,” he said.

While Weitz said his company plans to acquire only about 10% of its volume through new brokers, Sendto specializes in helping newcomers. Sendto’s Kingsley described the company as “a turnkey solution that provides training and placement of deals. It’s for new brokers or sales offices that do not have what they need to be part of this industry.”

There’s room for entrants because not all merchants know about alternative business financing, said McGovern.

The market can even seem like it doesn’t have enough brokers in the estimation of experienced players skillful enough to find the many merchants who haven’t been introduced to the industry, said Ramirez of Core Financial.

And the big banks don’t really want the business because the deals aren’t big enough to interest them, McGovern said.

But the potential profits look promising to outsiders disillusioned with sales jobs in other industries.

Some experienced brokers even prefer to hire salespeople from outside the alternative financing industry, noted Kingsley. That way, they avoid employees who have picked up bad habits at other brokerage houses, she said.

Long-time members of the industry sometimes enjoy belittling new entrants who can seem clueless about the business they’re trying to master, noted Ramirez of Core Financial. But he recalled the time not so long ago that he himself had a lot to learn.

And regardless of how unsophisticated they may seem, new players have a role, McGovern said.

“They are performing a service,” he maintained. “They’re like the missionaries of the industry going out to untapped areas of the market – of which there are many – and drumming up business.”

To Kingsley, brokers in general – old and new – are beginning to earn the respect they deserve.

“A lot of people are afraid of the word ‘broker,’ ” she said. “I feel that 2015 is the year of the broker, and people should embrace what a broker can actually do. It’s a great thing.”