Alternative Lending Advances: Go Ahead and Eat My Lunch


Yesterday it was reported that the well-known peer-to-peer loan platform LendingClub had dubbed Morgan Stanley and Goldman Sachs to work on their IPO later this year. Going public would advance the legitimacy of the wider alternative lending industry and solidify its place in the mainstream.

The Wall Street Journal states, “As the most visible company in the growing space, Lending Club’s IPO will likely be watched carefully by a number of other firms such as OnDeck Capital Inc.”

Many folks have asked me if I syndicate and technically I do, just not in merchant cash advances. For one, that opportunity is largely reserved to brokers and institutional investors, neither of which currently describes me.

Instead I dabble in LendingClub-issued personal loans and I adhere to one major ground rule, I don’t lend to business owners.

While that rule might seem to stand in stark contrast to what I preach (support for alternative business lending), there is a reason I won’t do it on LendingClub’s platform: 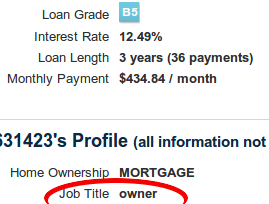 1. The rates LendingClub charges to business owners are too low (about 6-26% APR)
2. The terms are too long relative to the risk (3 or 5 year terms)

Earlier this year the Federal Reserve conducted a study that found “[p2p] loans for small business purposes were more than two-and-a-half times more likely to perform poorly.” They also acknowledged that “lending to small businesses is generally considered to be riskier and more costly because small firms have higher failure rates and are more vulnerable to downturns in the economy.”

Therein lies my dilemma, the risk that loans to business owners at those rates will result in a net loss. As a lender, I happen to be in the unique position of trying not to lose money. I know such thinking is greedy, antiquated, and close-minded but I welcome those with opposing philosophies to eat my lunch.

In a recent Bloomberg article, writer Pat Clark put the high interest business lending community on notice by touting Opportunity Fund’s 15% APR EasyPay business loans. Of course by booking an average of only 5 loans a month, their model is not built to scale. Compare that to for-profit alternative lender CAN Capital, whom has funded more than 55,000 small businesses since inception.

Opportunity Fund’s VP of Small Business Lending Marco Lucioni is quoted in the article as follows, “If you have taken out a merchant cash advance, I guarantee you that our refinance program will save you money and could even cut your payments in half.”

Their revolutionary system works for one reason, they are not a for-profit business. Opportunity Fund is a California-based charity. Less than two years ago Lucioni admitted to another Bloomberg writer, “EasyPay is a real loan, with a fixed simple interest rate that works out to be about 12 percent on an annual basis. At that rate, the nonprofit is not covering its costs.” He continued, “Opportunity Fund subsidizes the loans to keep them cheap.”

I have a difficult time with tidbits like “not covering costs” and “nonprofit organization”. As an individual lender on a platform like LendingClub I am forced to make a significantly less informed decision than the one Opportunity Fund is afforded. LendingClub only tells me simple things like credit history of the business owner, how much debt they have, and how much their monthly salary is. In short, I am not privy to the 2,000 data points that OnDeck Capital has at their disposal, a lender that charges significantly more than the California-based nonprofit.

If Opportunity Fund is substantially more informed and admittedly losing money at an annualized rate of 12%, why should I as an individual retail investor expect better results at the same or lower rate?

And just how short is Opportunity Fund coming up on covering their costs? Is it a lot or a little? It might not be outlandish to suppose that the break-even point lies in the 20% or 30% interest range… or even higher.

Above all, Opportunity Fund’s EasyPay loan program began in 2010, meaning there is no data on their performance in a recessionary economy.

This supports the case that in purely prosperous times, the odds of turning a profit on a 3-year loan to a small business owner at 12% or less is at best unfavorable. And when realizing that terms of 3 years and longer increasingly expose lenders to an economic downturn and higher loss ratios, I can only reach one conclusion; I cannot lend to small business owners at low rates over long terms and expect my investment to be safe.

To put this into additional perspective, prior to 2009, merchant cash advance companies believed they hedged the risk of economic uncertainty by limiting the amount of time their capital was outstanding to 6-9 months. They were wrong. The impact of a major recession was swift and devastating. The loss rate climbed so fast that many merchant cash advance companies declared bankruptcy.

For a time, the lesson learned was that 6-9 months of exposure was too long, not that it was too short. Indeed, 2010 and 2011 birthed an entirely new breed of merchant cash advance products, programs where capital exposure was limited to only 2-4 months. These products still exist today and are widely considered to be the profit center in the alternative business lending industry.

With the Great Recession far behind us, many new entrants to business lending have written off the long term risks. Suspiciously, default risk today has shifted from balance sheet lenders to peers, the crowd, and charitable donors.

LendingClub for example has no exposure to defaults as they are nothing more than a platform for investors and individuals like myself to lend to consumers.

Opportunity Fund is a subsidized nonprofit.

As you continue down the list of alternative business lenders, you’ll notice the trend is the same. Lower rates with longer terms offered by companies bereft of default risk. Curious, isn’t it?

Small business owners, journalists, and loan brokers tasked with securing the best terms for their clients are cheering this trend on. Who can blame them? It’s easy to get caught up in the excitement of technology-driven innovation and lower rates in a new world devoid of traditional banks. It’s absolutely a good thing for business owners. But today’s platform lenders dangle interest earning opportunities that beat savings account rates a hundred times over and sing a song that longer terms are in investors’ own interest. Are you willing to bear the risk they urge you to take?

I participate in LendingClub’s platform loans. To date, I’ve contributed to more than 800 of them. But I refuse to believe that a long term business loan at 6% is somehow a good investment when a competitor is:

1. charging double while still losing money in a stable economy
2. has access to more underwriting data than me
3. a nonprofit

If OnDeck Capital has spent years of mathematical research to get short term business loan rates down to 54% APR on average, why should the average John Doe retail investor reasonably expect to do well on vastly longer term loans with substantially reduced rates?

As the alternative lending industry advances, they don’t want peers, the crowd, and donors to ask themselves that question.

It’s a “pay no mind to the man behind the curtain” scenario. That guy’s just somebody that had to bear the liability of his own underwriting decisions. They fixed that issue by making it your problem. Fund faster, earn less, ignore history, and extend terms over longer periods of time. What could possibly happen?

Eight years ago I got my start in the merchant cash advance industry as none other than an underwriter. I know a bad deal when I see one. They’re not as obvious to everyone else.

I’ve said it a million times and I’ll say it again, business lending is fraught with risk. Eat my lunch and you won’t live past dinner. 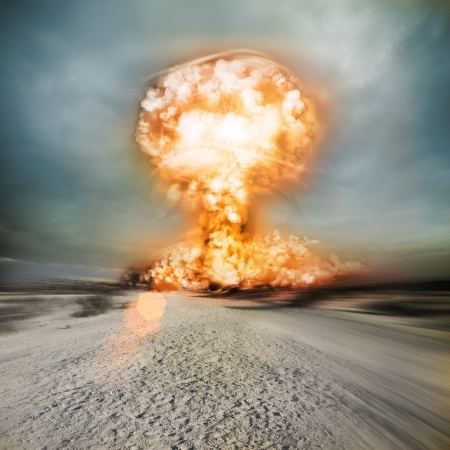