When times are tough, small businesses take chances. Last year, a family run business in Cohasset, MA made a snap decision and agreed to a $75,000 loan with infinity percent interest, literally. The principal was completely repaid in just 74 days but as per the contract, they still had to make fixed interest payments for as long as the business was open.

It wasn’t necessarily a good deal. Heck, some might think it was a really bad deal, but they got the cash when they needed it. The perpetual fixed payments kicked in after the principal was repaid because the lender structured them as royalty fees. A normal merchant cash advance will take a percentage of a merchant’s sales up until a predetermined amount has been satisfied, but this deal required a percentage forever. Is Wall Street running amok yet again? Shouldn’t people be monitoring stuff like this?

As it would turn out, about 6.5 million people were witness to this transaction. More than half of those people, most of whom are hard-working American families, cheered the business owner on. That’s because this deal had nothing to do with Wall Street and did not involve a commercial loan broker.

The business is named Wicked Good Cupcakes and it’s a deal they made on Shark Tank, a hit TV show on ABC. Kevin O’Leary loaned them $75,000 and took a percentage of every sale until he was repaid just 2.5 months later. Since then he is taking a permanent royalty of 45 cents per cupcake sold.

As quoted in the Boston Business Journal

“The royalty deal has worked great for us,” said Tracey Noonan, the CEO of the company.

Many people told her immediately following the deal that she was stupid. But today, Wicked Good Cupcakes is doing better than ever.

O’Leary, whom the business owners called an “angel in disguise” has referred to the deal as one of the most phenomenal ever made on the show. Wicked Good Cupcakes is actually on pace to do $3 million in revenue in 2014.

While it’s true that part of their success is due to the appearance on the show, nowhere does it say that entrepreneurs have to agree to take a deal if offered one. That means the owners could have walked away from O’Leary’s offer and still experienced the same post-show hysteria of celebrity. But they needed the money… and there was an offer on the table. It wasn’t the best deal, but it was A deal.

And that’s the nature of business. Everything is about circumstances. You could be flush with cash or in a pinch, growing fast or playing defense. All the while opportunities and obstacles approach from every turn. 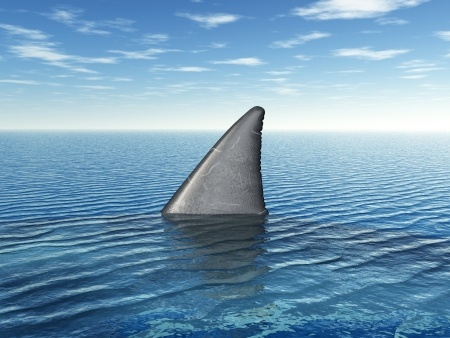 Unlike consumers who are afforded protections from making decisions that might not be in their best interest, small businesses are free to pursue whatever strategy they want. The best part about capitalism is that you’re the master of your own destiny.

The terms O’Leary offered to Wicked Good Cupcakes were not unique. Just recently in the 12th episode of Season 5, he offered a $100,000 loan to Tipsy Elves that once repaid, would still require payments in perpetuity in the form of a royalty fee for every sale. That’s an equivalent APR of infinity. In the end, they turned it down and went with Robert Herjavec’s equity offer instead.

Many viewers have taken to twitter to share their doubts about the viability of the Tipsy Elves business model, which is selling ugly Christmas sweaters. That healthy dose of skepticism is something alternative lenders are no strangers to, and as such they tend to price their deals accordingly.

Even deal making that is done on TV in front of millions of witnesses can go sour. Just ask Marcus Lemonis, the star of the TV show The Profit, who recently made a deal with a business in my own backyard, A. Stein Meat Products in Brooklyn, NY. After learning the business was on the brink of insolvency, Lemonis offered them a cash lifeline in exchange for buying their Brooklyn Burger brand at a bargain price of $190,000. In any other circumstances, that deal might not have happened.

Lemonis expeditiously wired them the cash, but never got what he paid for in return. Mora and Buxbaum, the owners, claim the funds were a loan but they have never made a payment. Defaults like these happen every day, especially in alternative business lending.

Hated to do it but here's the update on stein meats and Brooklyn burger. I tried not to but was ignored for 90 days. http://t.co/4oyYOiXK68

The entrepreneur applies for a business loan, the loan gets made, and the borrower quickly defaults. The result is that the price goes up for the next guy. That’s the risk part that lenders always talk about, the odds that they’re not going to get paid back. If every business repaid their loans, the average cost of financing in alternative business lending would probably be about 6% a year, around what an A rated personal loan costs on LendingClub, instead of the high double digit or triple digit rates that exist now.

Even Kevin O’Leary isn’t taking any chances, hence he protects himself by charging infinity percent interest, and America thanks him every Friday night for blessing entrepreneurs with an opportunity. It’s not the best deal, but it’s A deal.

Small business owners are sophisticated enough to make tough decisions all on their own. That’s the reason we can put them in the public eye, in front of more than 6 million people who either cheer for their success or literally cry out for their demise. These entrepreneurs don’t go on Rainbow & Unicorn Tank, they go on Shark Tank. Sometimes the entrepreneurs walk away with a partner, sometimes they get a loan with infinity percent interest. In the end, it’s their choice, a choice that 36,000 small businesses hoped they would have in 2012. That’s how many applied to be on the show that year.

Business is business and a deal’s a deal. The ball’s always in your court…

Business is war. I go out there, I want to kill the competitors. I want to make their lives miserable. I want to steal their market share. I want them to fear me and I want everyone on my team thinking we’re going to win.

Here’s how I think of my money – as soldiers – I send them out to war everyday. I want them to take prisoners and come home, so there’s more of them.

You may lose your wife, you may lose your dog, your mother may hate you. None of those things matter. What matters is that you achieve success and become free. Then you can do whatever you like.

Nobody forces you to work at Wal-Mart. Start your own business! Sell something to Wal-Mart!

Don’t cry about money, it never cries for you.

Money has no grey areas. You either make it or you lose it.

Working 24 hours a day isn’t enough anymore. You have to be willing to sacrifice everything to be successful, including your personal life, your family life, maybe more. If people think it’s any less, they’re wrong, and they will fail.

I have met many entrepreneurs who have the passion and even the work ethic to succeed – but who are so obsessed with an idea that they don’t see its obvious flaws. Think about that. If you can’t even acknowledge your failures, how can you cut the rope and move on?

I don’t mind rude people. I want people that I can make money with, so if their executional abilities are good, and they’re arrogant and rude, I don’t care.