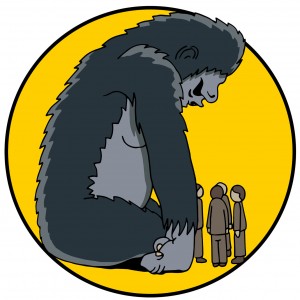 In late 2013, consumer peer-to-peer lender Lending Club announced their plans to start offering small business loans. That caused a stir in the merchant cash advance world for a few weeks, but the hype died down. The general consensus was that there would be little to no overlap between the applicants each target.

To this day, I continue to doubt that the overlap will be anything less than substantial. Nik Milanovic of Funding Circle would probably disagree with me. The main argument has been that Lending Club will only target small business owners with good credit, which assumes that businesses with anything less are the only users of merchant cash advances. Not to give anyone’s figures away, but I have seen data to suggest that a large segment of merchant cash advance users have FICO scores in excess of 660. Somewhere along the line we convinced ourselves that merchant cash advances were for businesses with really bad credit. That was never the purpose it was intended for, though it’s true that many applicants have low scores.

Historically, merchant cash advances were for businesses that posed a cash flow risk to banks. Split-processing eliminated that risk by withholding a percentage of card sales automatically through the payment company processing the business’s transactions. Funders today that rely on bank debits for repayment don’t have that safeguard, but they make up for the risk they take by doing something banks don’t do, require payments to be made daily instead of monthly. This allows businesses to manage their cash flow throughout the month and enables the funder to compound their earnings daily. It’s a phenomenon I wrote about in the March/April issue of DailyFunder (Razzle Dazzle Debits & Splits: Daily is the Secret Sauce)

According to the Wall Street Journal, Lending Club will require a minimum of 2 years in business and participation will initially only be open to institutional investors.

Lending Club’s website states that they will recoup funds on a monthly basis via ACH and that interest rates range from 5.9% APR to 29.9% APR + an origination fee. Terms range from 1 to 5 years and there are no early payment penalties.

TechCrunch openly pegs CAN Capital and OnDeck Capital as chief rivals for Lending Club in the space. CAN has enjoyed frontrunner status in the industry since 1998 and while they have been tested in the last 2 years, they haven’t come up against something like this.

In the same Wall Street Journal story, Lending Club’s CEO, Renaud Laplanche lays out who his competitors are with his quote, “The rates provide an alternative to short-term lenders and cash-advance companies that sometimes charge more than the equivalent of 50% annually.”

But will the impact be felt right away? In Laplanche’s interview with Fortune, he claims that it’s very likely they’ll focus on the 750+ FICO segment first, where institutional investors will be comfortable. But make no mistake about it, that will change quick, especially with a probable IPO in the next 8 months.

Is Lending Club really all that big? To draw a comparison, RapidAdvance got a $100 million enterprise valuation when they got bought out by Rockbridge Growth Equity about 6 months ago. Lending Club on the other hand was valued at around $2.3 billion at that time. It took OnDeck Capital 7 years to fund $1 Billion in loans. Lending Club is funding a billion dollars in loans every 3 and a half months. Granted, they’ve all been consumer loans, but let’s not kid ourselves about their capabilities.

Lending Club is funding more consumer loans than the entire merchant cash advance industry is doing combined. Thanks to the peer-to-peer model, they have infinity capital at their disposal. We can pretend that no one with good credit ever applied for a merchant cash advance or we can acknowledge the 3 billion pound gorilla in the room.

Lending Club and other peer-to-peer lenders that follow them will disrupt the alternative business lending status quo.
—
Previous articles on this subject:
Will Peer-to-Peer Lending Burn the Alternative Lending Market?