Is Everyone Buying into the Technology Craze? 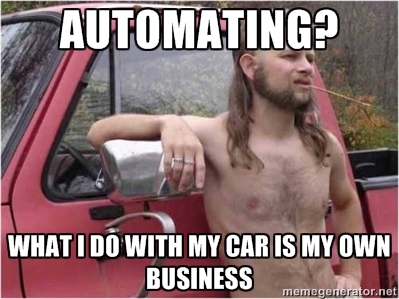 Following a wild 18 months of press releases and technology revolutions, I’m hearing that some ISOs are having technology fatigue. VCs and Private Equity want to invest in companies that are automating everything, but that doesn’t necessarily mean account reps are ready for it. The worst fear an account rep has is using an automated system to spit out numbers with a contract, get that contract signed by the merchant, and then have the figures revised or nullified during a later human review. Going back to the merchant with a 2nd contract with new numbers (often times worse) is a major credibility killer for them. It has bait and switch written all over it, even if they’ve made perfectly clear to the merchant that the terms they sign for are subject to a final underwriting review.

This problem has existed for years but that pressure has really been amplified by the recent tech race. Some funders are doing pretty good with it. Others aren’t. There are plenty of account reps that can’t function in a world where the answer is always 1 or 0 regardless. MCA came of age because of the shades of grey. I used to work for a company that was famous for listening to every merchant’s “story.” That factor can’t get baked into an algorithm.

As you might or might not suspect, there are funders thriving simply because they aren’t heavily tech oriented. ISOs get to talk to a human, negotiate the terms with an underwriter, and get exceptions that algorithms are programmed to disallow. When the algorithm says the deal is approved for a maximum of $10,000 and your merchant gets an offer from a competitor for $12,000, you’re going to need to get a human involved to match it. And if you’re a company that simply won’t bend your limits in situations like that, then that ISO isn’t going to send you deals in the first place.

Not everyone in the merchant cash advance business is convinced about automation. Then again, it’s not easy to convince people in this business about many things: 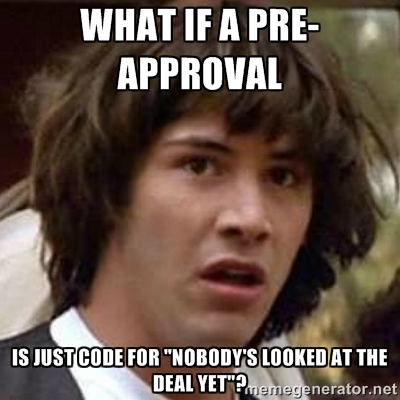 So what’s your criteria again??? 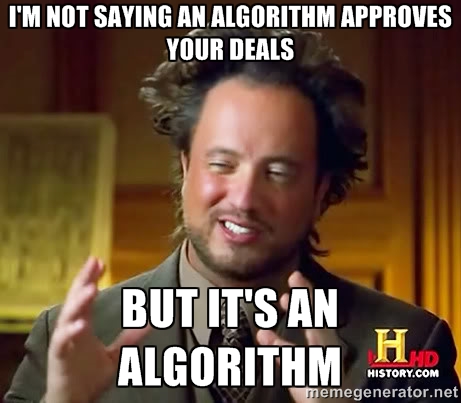 We all know this guy 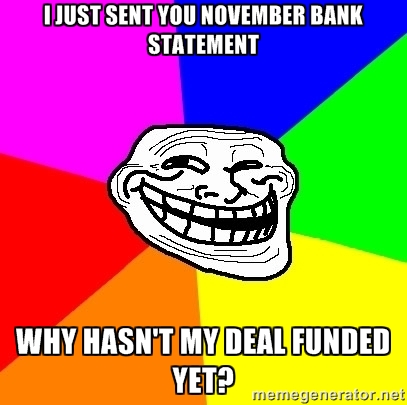 So it’s not actually approved then… 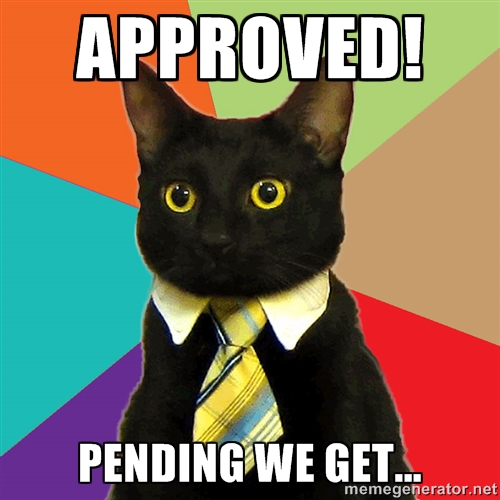 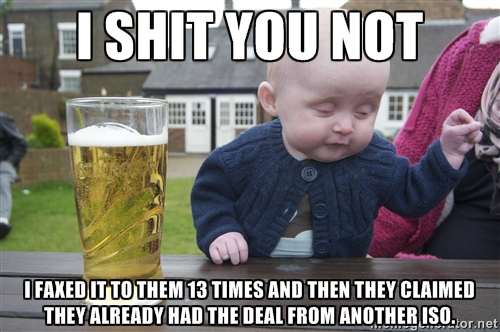 As an account rep, I once had a funder make me get six re-signed contracts. Each time I got it re-signed, they decided they weren’t comfortable and revised the offer down. The final advance amount was more than 80% lower than the original approved amount. Streetz is rough.

If Gordon Gekko was in MCA