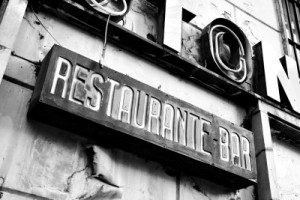 Here’s a question that every investor, lender, and underwriter asks at some point, “What is the default rate on a Merchant Cash Advance?” I personally don’t like when Merchant Cash Advance is overgeneralized since every funder offers their own variation of it, has a different tolerance for risk, and calculates under-performing or non-performing accounts in a unique way. Alas, I am not trying to avoid the question but want to make it clear that there is no one-size-fits-all financing model, nor a standard for defaults. I will quote publicly available information though…

On Deck Capital
10/9/12 – States their default rate was in the low single digits, but it was double that amount during the recession. Source: Upstart Business Journal

Capital Access Network
10/1/12 – Default rate stated to be in low single digits by their CEO, who adds that $275 million in accounts have underperformed but not all of those have been written off. Source: Digital Transactions

IOU Central
9/30/12 – Public financial statements reveal that more than 8% of their loan portfolio is impaired or past due. Source: IOU Financial Inc.

Outside opinion
10/1/12 – A senior manager at First Annapolis Consulting claimed that Merchant Cash Advance default rates averaged 12 to 13% in 2009, but that they are down to around 4 or 5% today. Source: Digital Transactions

Borro
6/13/2013 – Borro CEO reports their bad debt in this video to be approximately 8-10%. They offer personal asset loans and their clients are primarily small business owners.

Despite these figures, I still hear from account reps to this day who claim that up to 20% of their portfolios default. These defaults don’t necessarily all happen on the first advance or loan, as they may happen after additional rounds of capital. Perhaps more interesting is that these reps claim the funders don’t so much as bat an eye at these statistics.

So what’s the default rate of a Merchant Cash Advance? Well it depends on a lot of things…